It’s often said that true friends know you better than you know yourself. And that is exactly the case with Ariel and her good friend Taylor. Ariel met her now husband, Narayan through Taylor and it was an instant connection. In fact, Narayan and Ariel also decided that Taylor would be the one who officiated their wedding. Ariel says that having Taylor with them at the altar added that extra personal touch to their ceremony and made it even more special.

Ariel’s favorite place in Seattle is Volunteer Park Conservatory. She adores the place because it is scenic and makes her forget about the world. Narayan and Ariel had a date planned to the conservatory and it was almost perfect. But, as they walked through the conservatory, took pictures and talked, Ariel sensed that something was missing. Narayan seemed a little quieter that usual and something seemed to be on his mind. After a while, he suggested that they go back through the ‘desert room’ and since it was Ariel’s favorite, she agreed. As they walked towards the end of the room, he started telling Ariel how he couldn’t imagine life without her and he wanted to spend the rest of his days with her. As he said these charming words, he got down on one knee and asked her to marry him. Of course, Ariel said YES! 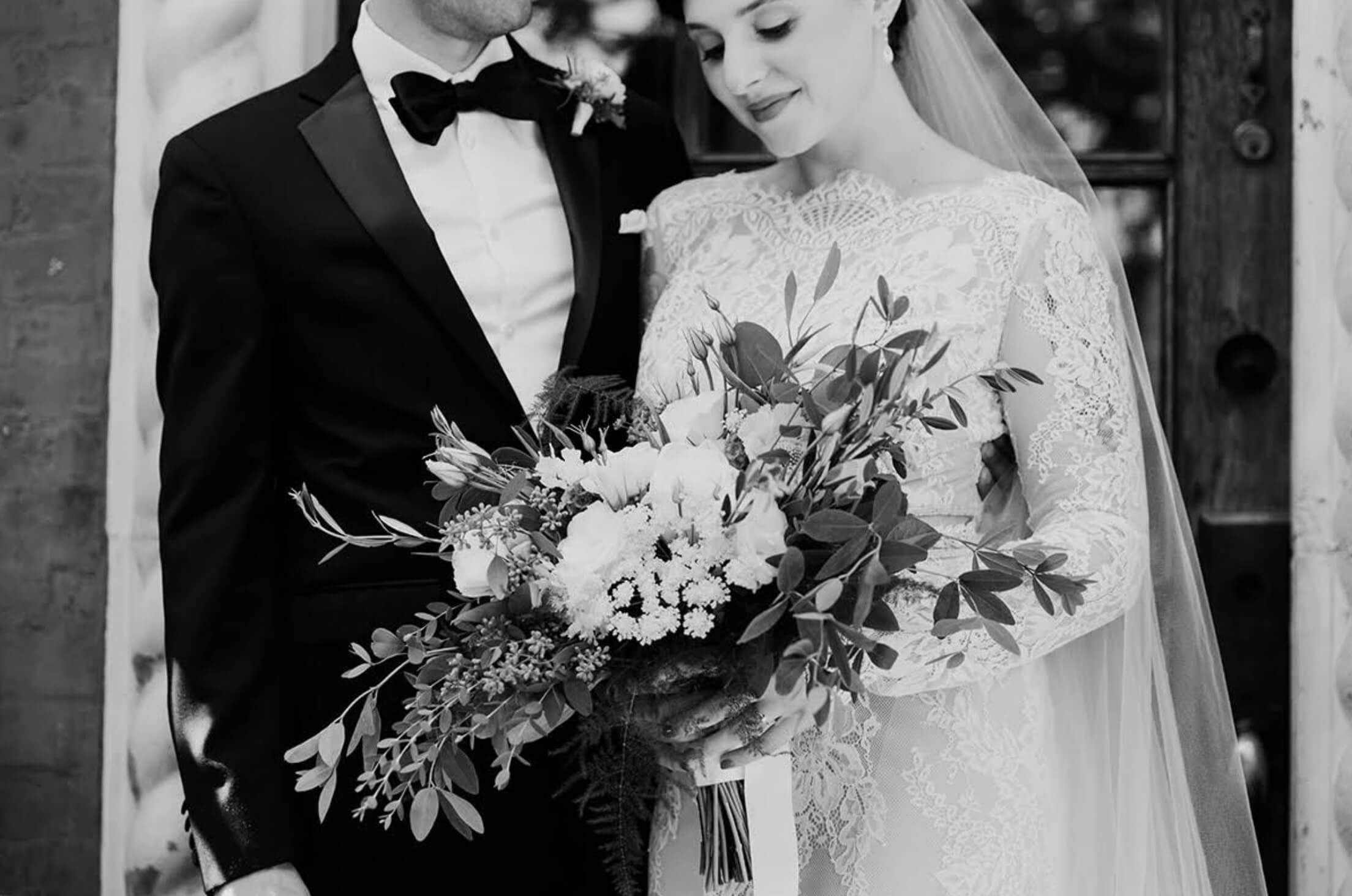 Their splendid wedding took place on September 2 nd , 2017 at The Corson Building in Seattle, Washington. 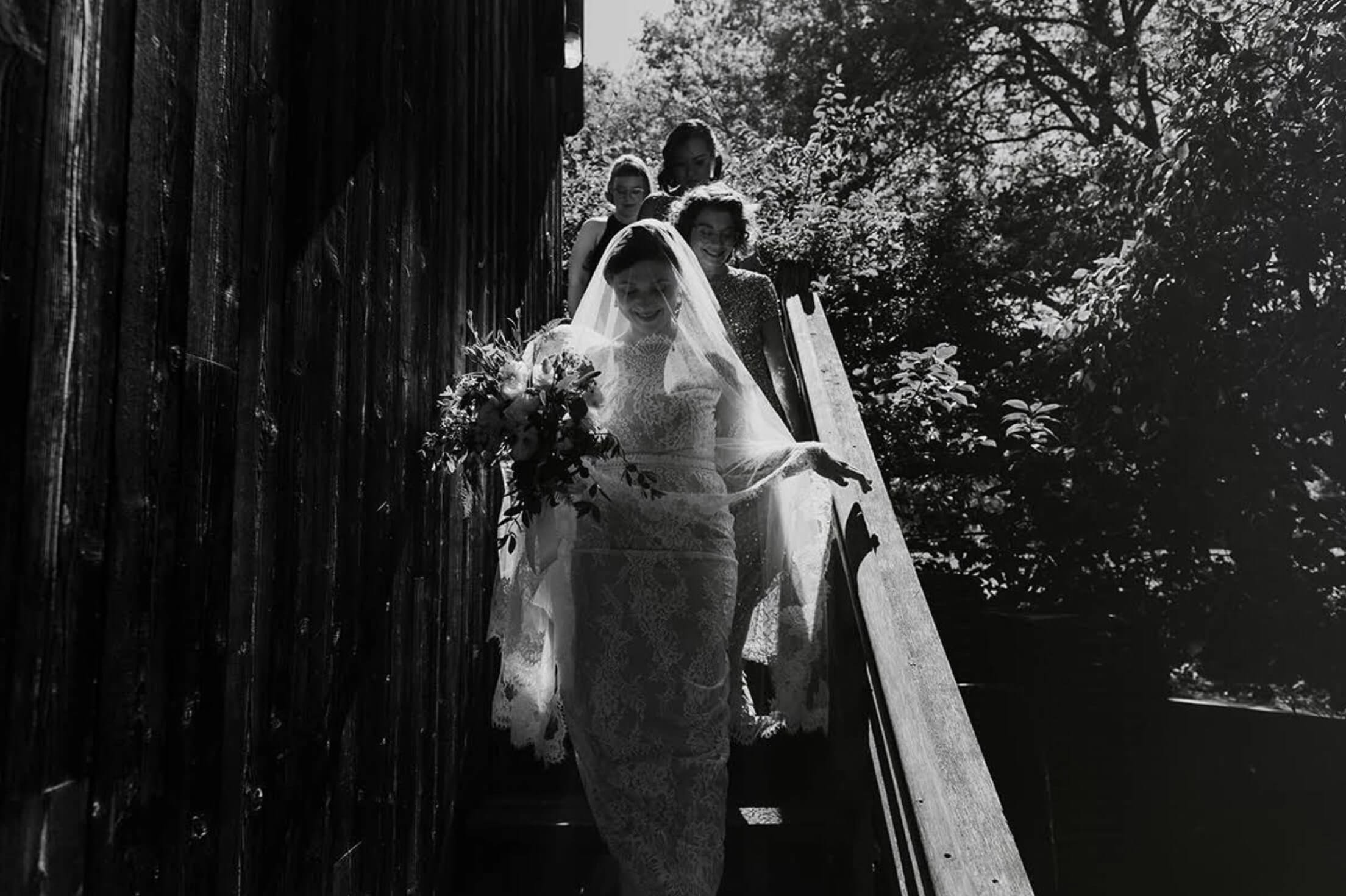 Ariel’s favorite memory of the wedding is when she was walking down the aisle to Roberta Flack’s song – First Time Ever I Saw Your Face. It was being performed by an extremely talented friend along with live musicians. There wasn’t a dry eye in the house as she took her walk. Ariel was trying her hardest to not cry and ruin her makeup. (We so understand!) 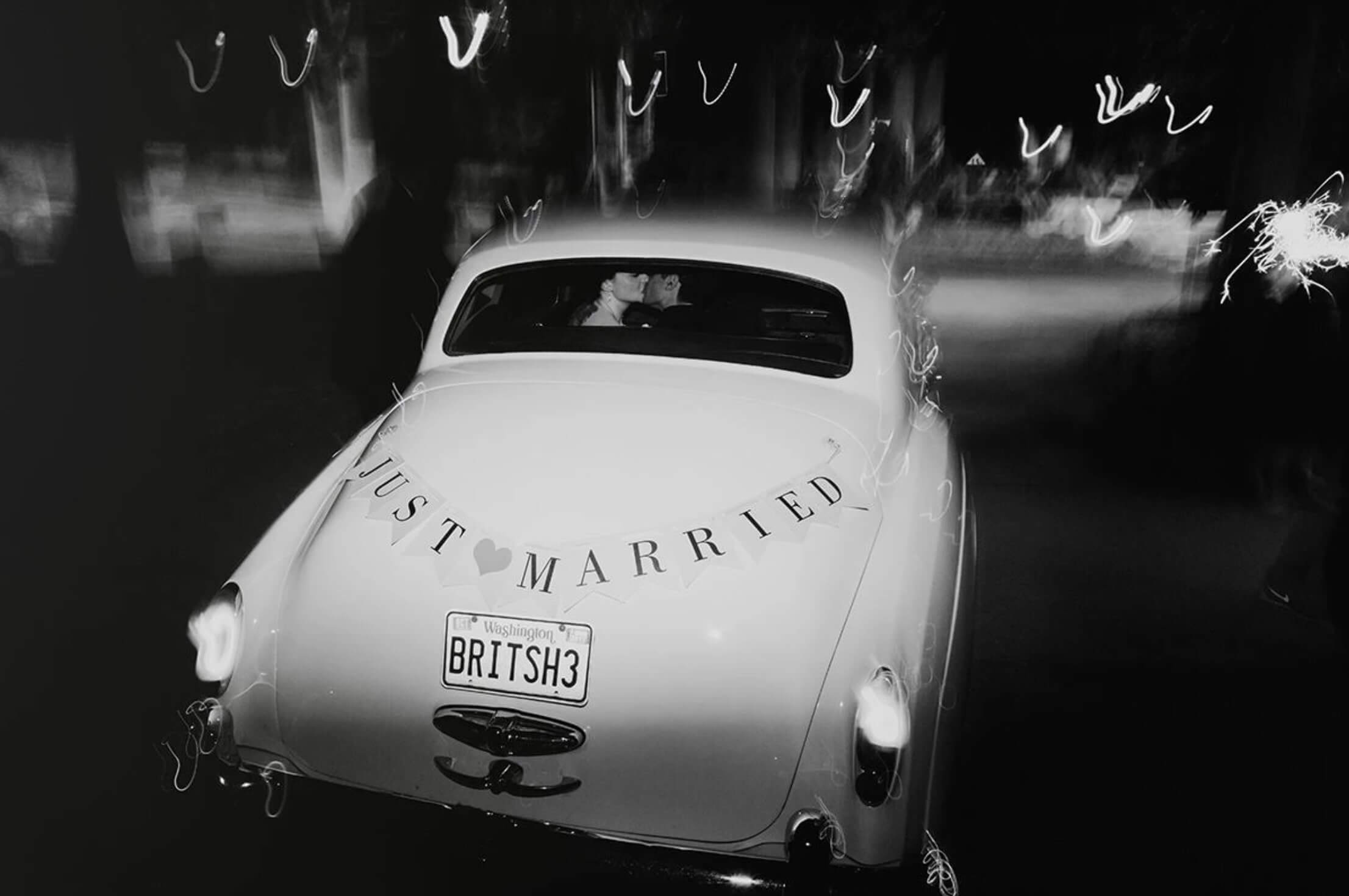 As she looked up, she saw Narayan at the altar and he was crying as well. And then, she couldn’t hold back the tears any longer and let them flow. When she got to the altar and the ceremony started, she remembers wiping the tears from his cheek and him smiling at her. It was such a heart-warming moment that Ariel says she will cherish it forever.

She says that she had seen pictures of the dress online and knew deep in her heart that if she were to ever get married, that was the dress she would wear. She loved the fact that the Calla Blanche had lots of lace and long sleeves, something she always wanted in her ideal dress. She also liked the high neckline and the beautiful long train. And of course, the scalloped edge along the bottom. She set out to find the dress right after she got engaged and the second she tried it on, she knew it was THE ONE.

Ariel signs off by saying that she will treasure the Calla Blanche dress forever and hopes that one day she gets to see a daughter or granddaughter wear it as she takes the walk to her forever.