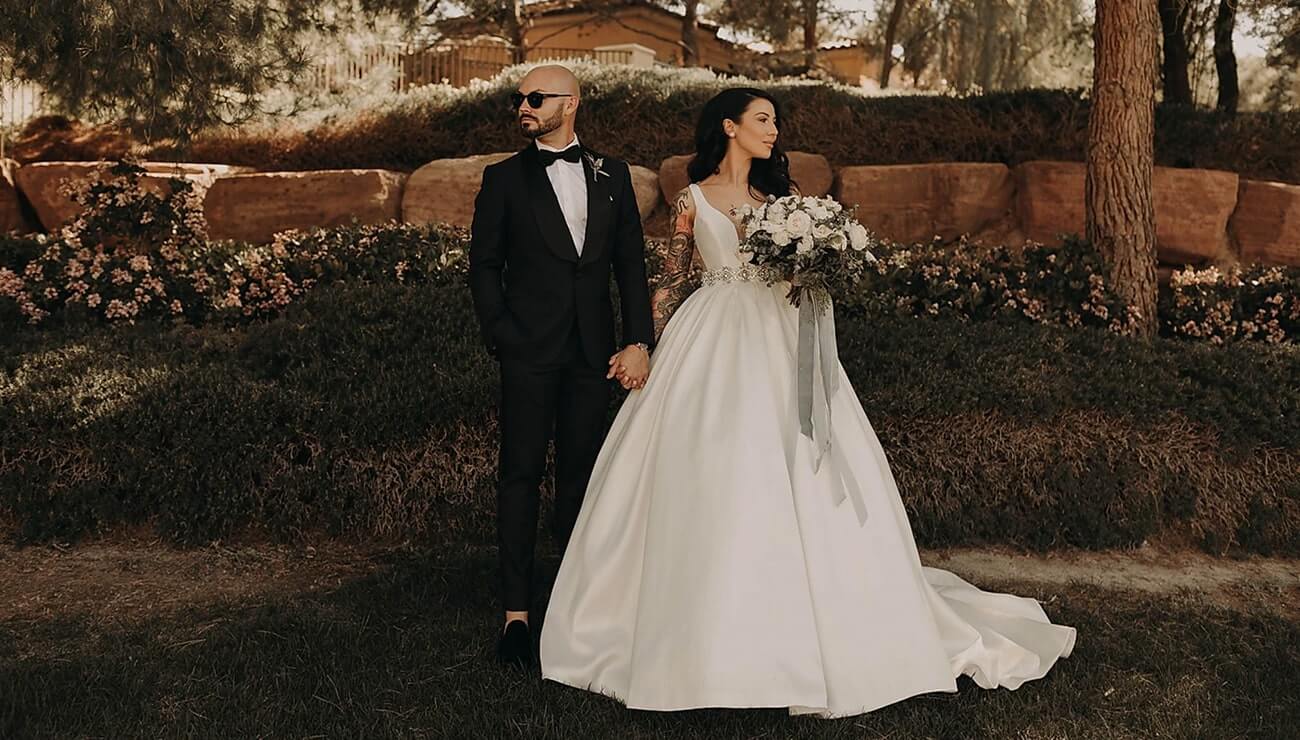 Brandon had the cutest proposal in mind one week before Christmas for his high school sweetheart, Ashley. One day, Brandon came home with Christmas collars and new tags for their two dogs. They were sitting around their brightly lit Christmas tree when Brandon asked Ashley to double-check the tags for the dogs and make sure they were right. Ashley checked their pug’s tag and it said, ‘Will You’, excited, she rushed to check their pit bull’s tag and it said, ‘Marry Me?’

Their beautiful wedding was held on April 21 st , 2018 at The Hilton at Lake Las Vegas. 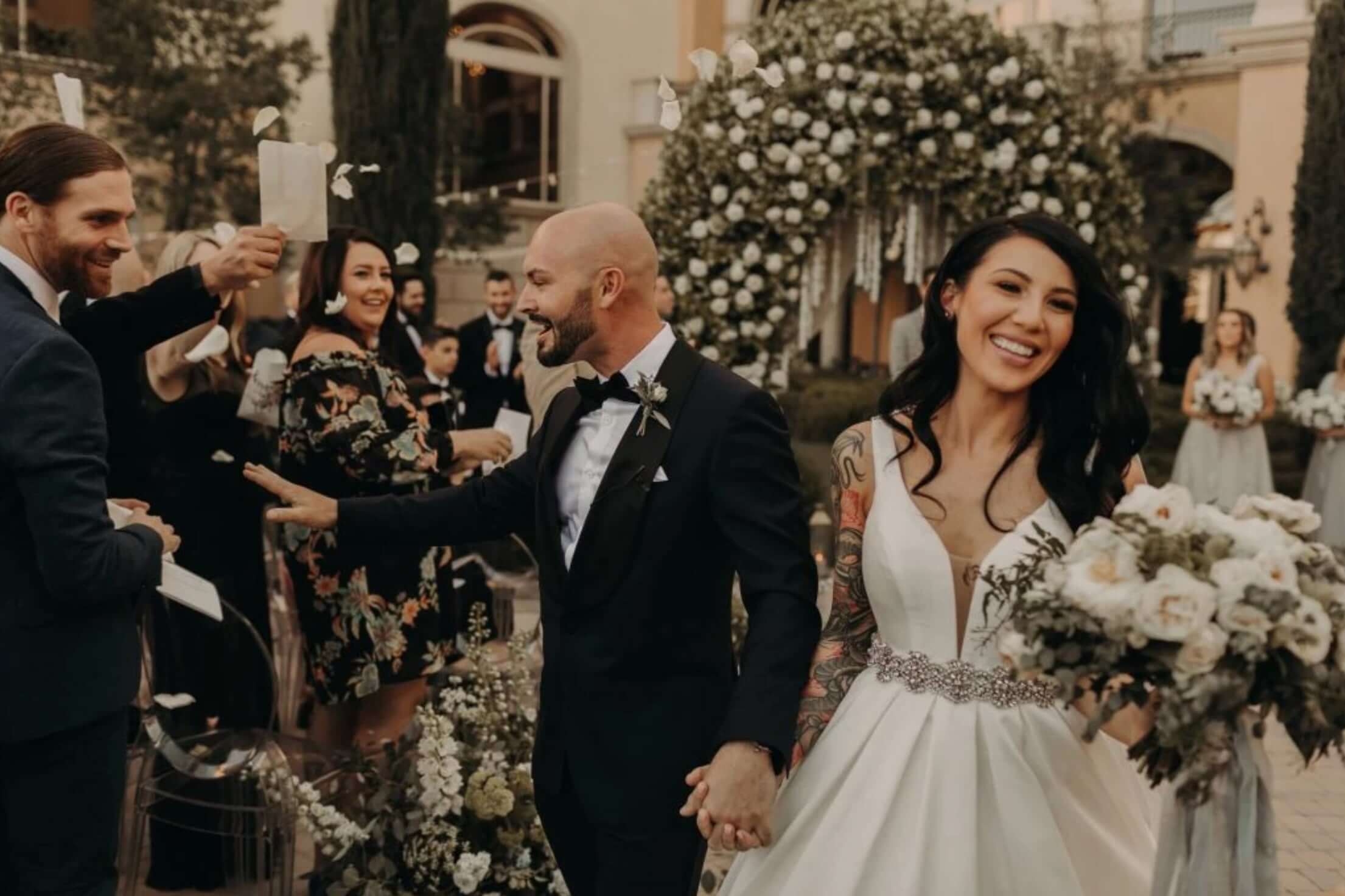 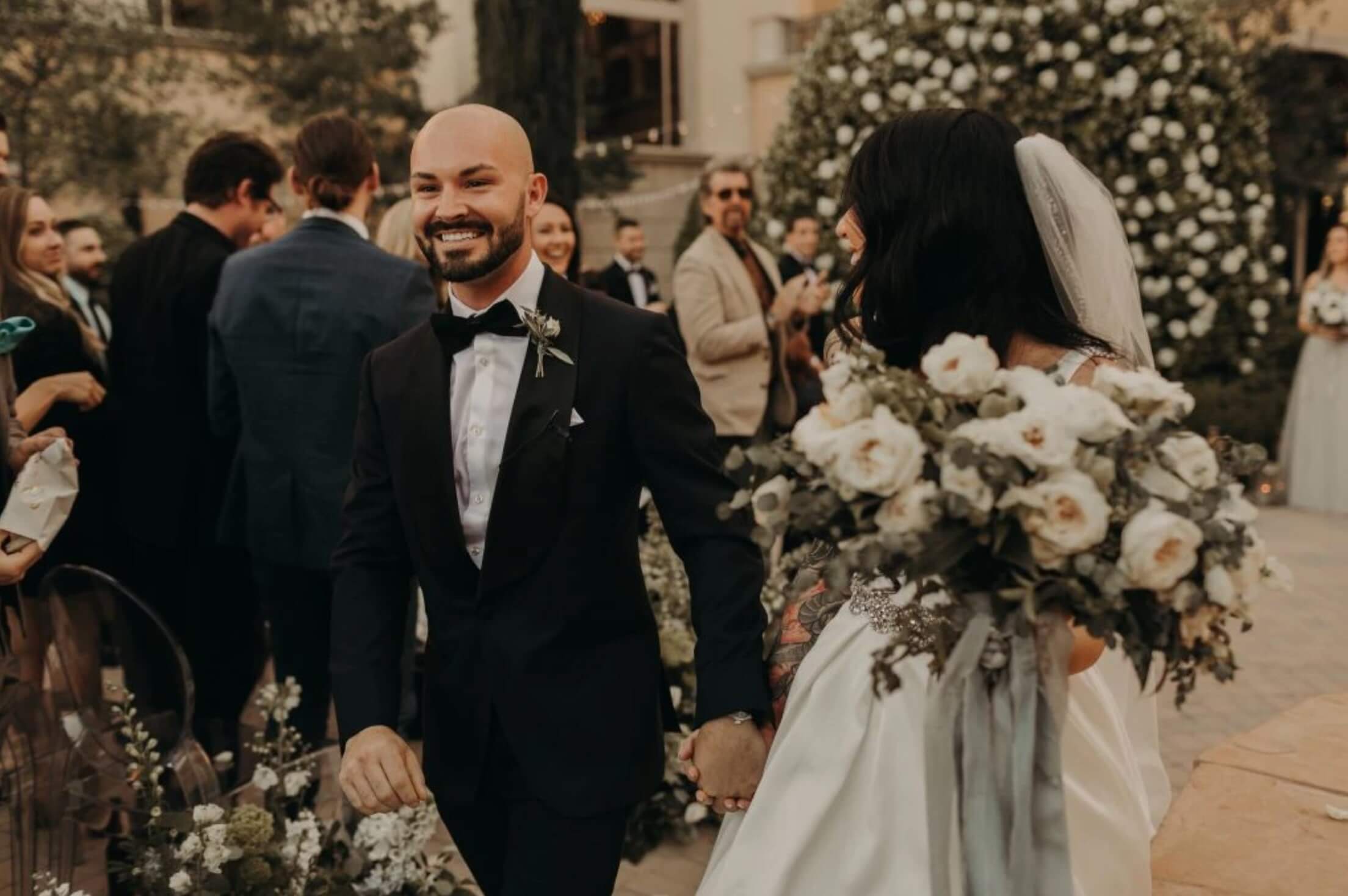 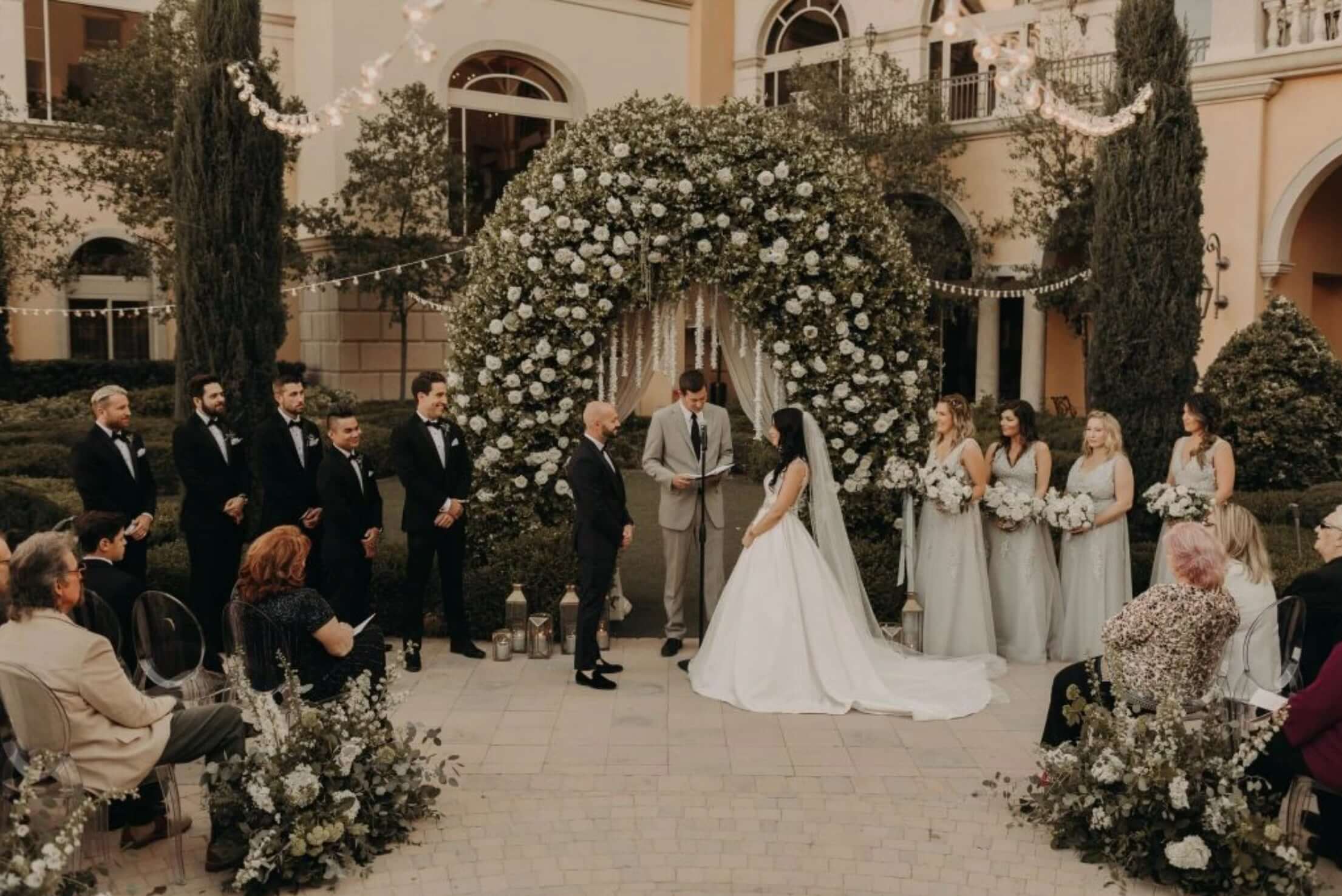 Ashely’s favorite memory of their wedding was the realization that she was getting to marry her best friend and the man of her dreams with all their closest family and friends present and dancing the night away. 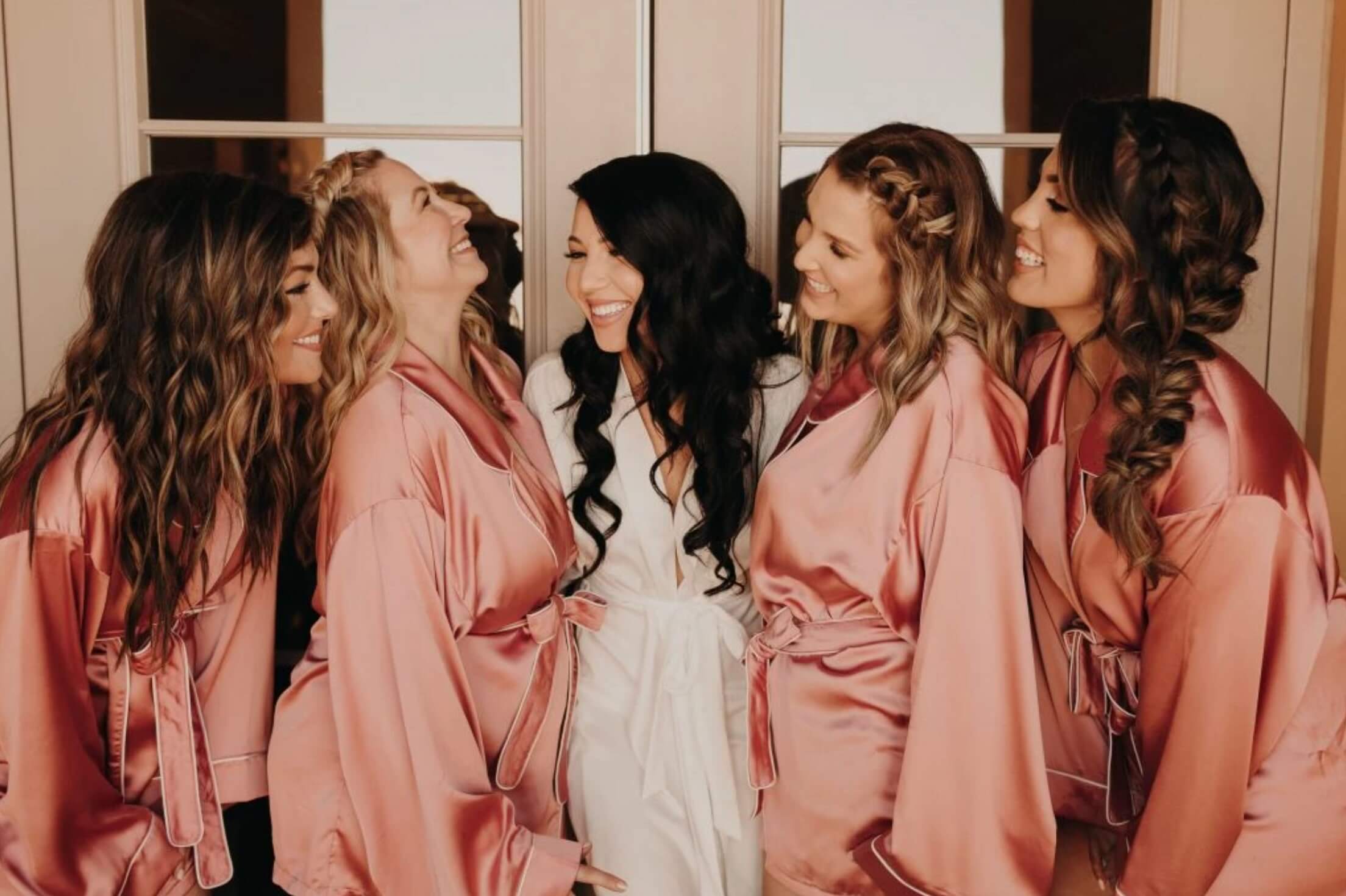 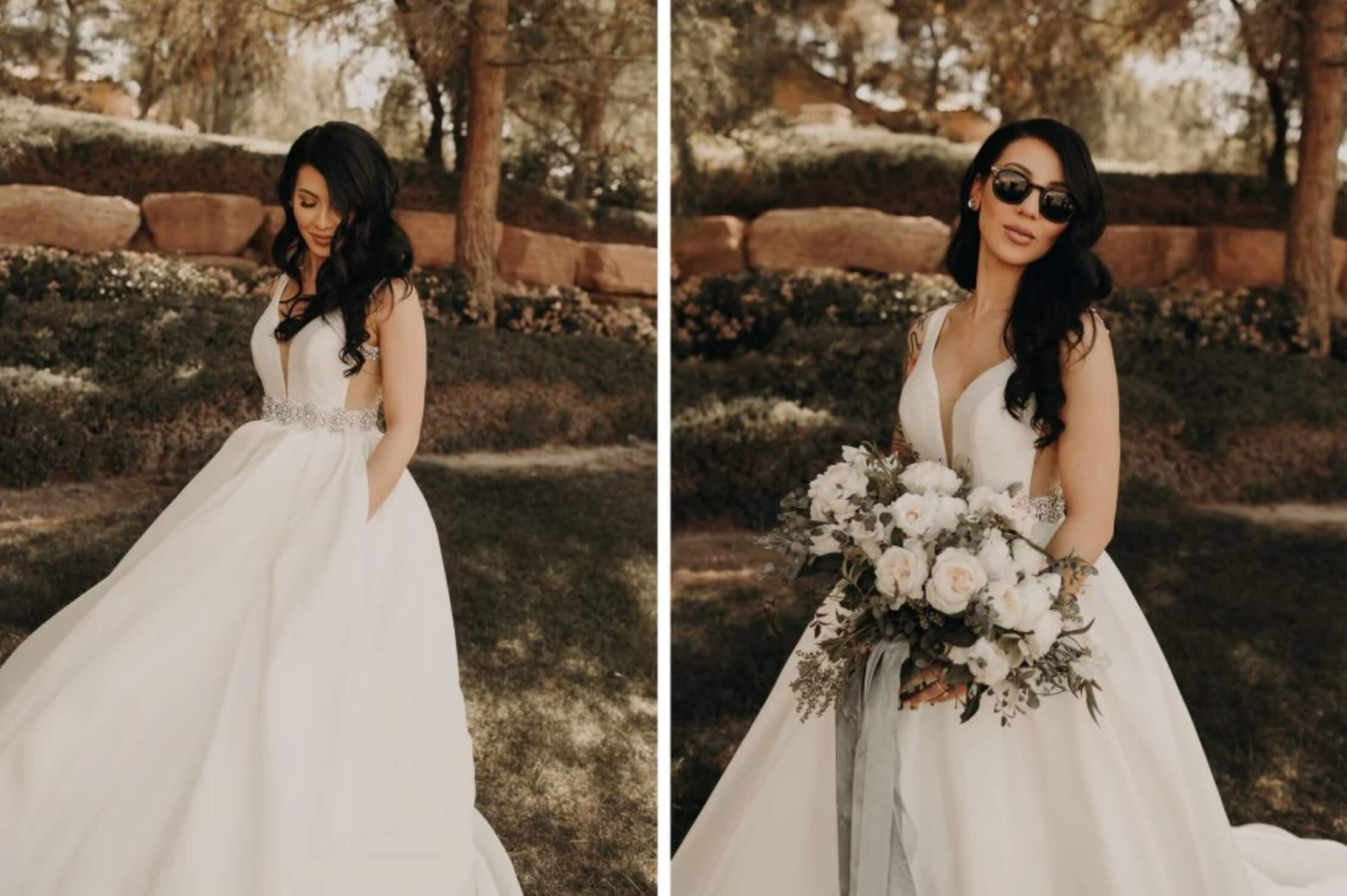 Ashley instantly became a fan of the dress and says, “It’s so true when people say you know when it’s YOUR DRESS.” (We agree!)