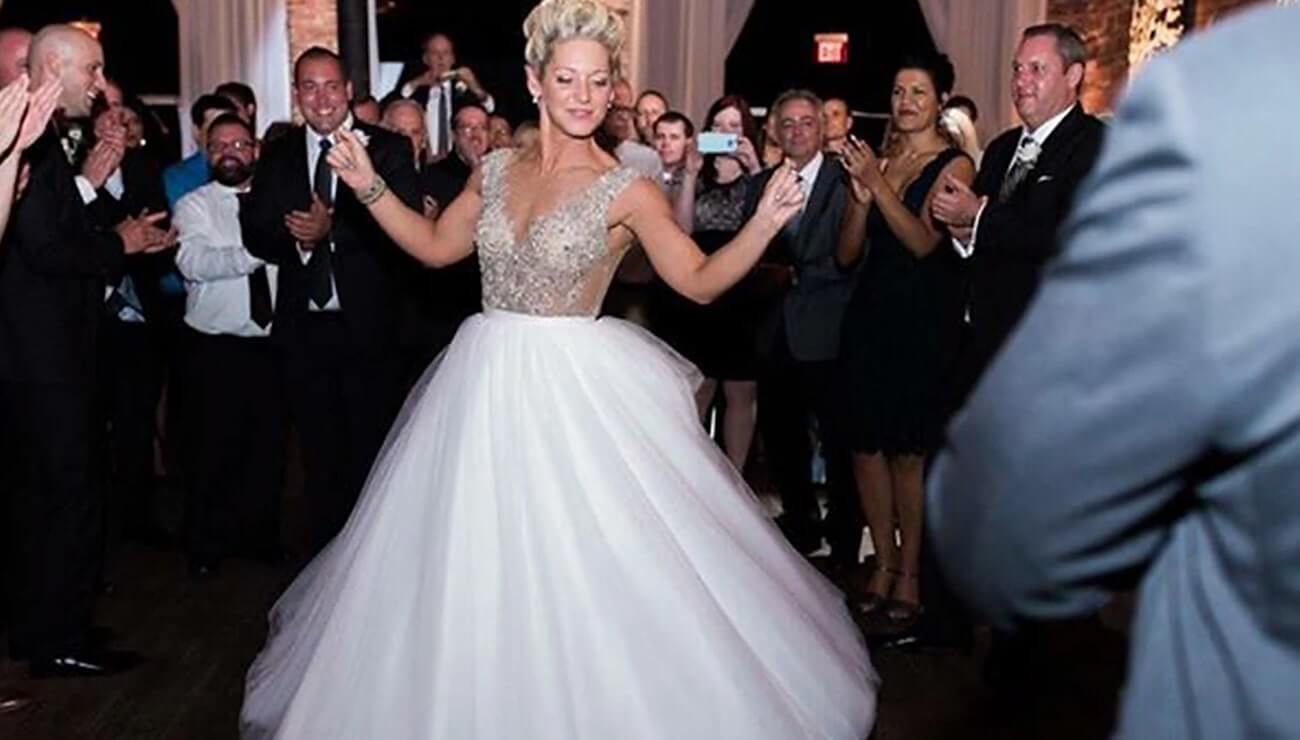 A love story featuring Our Brides in Our Dresses!

Colleen was out for her regular run at the beach in preparation for a half marathon when she caught David’s eye. He was playing volleyball and the moment he spotted Colleen, he lost track of the game and couldn’t take his eyes off her. Luckily, they had a mutual friend who shared Colleen’s number with him. They started talking and as fate would have it, David was looking for a partner to train for the same half marathon – The Best Damn Race, which is held every February in Safety Harbor, FL. 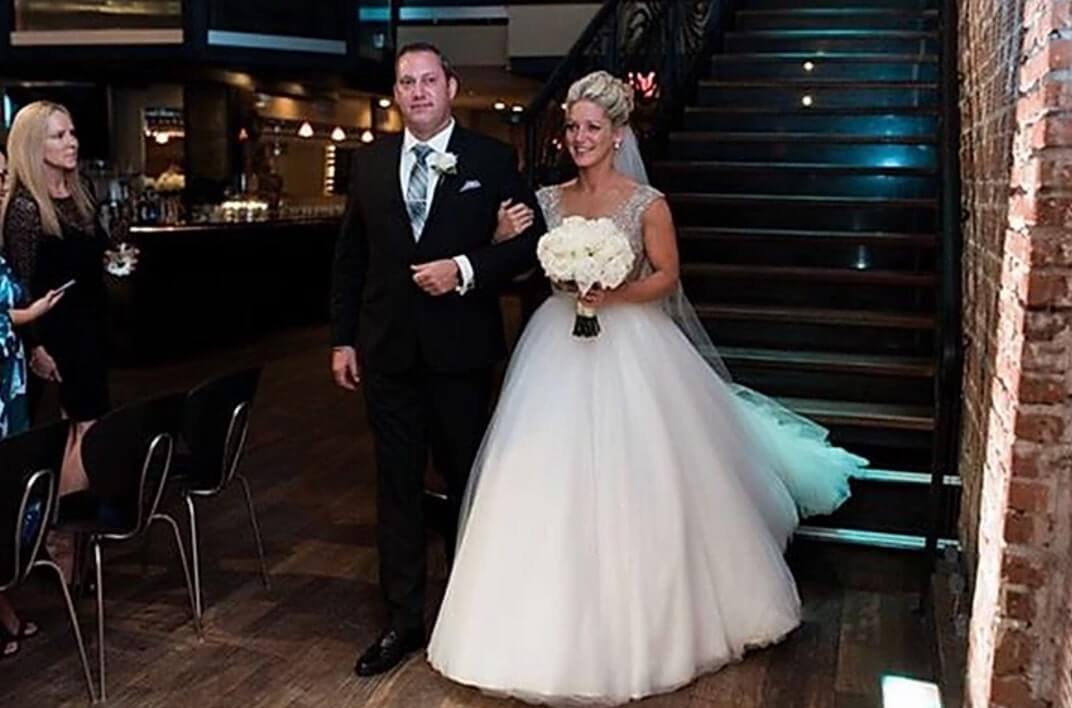 Plans were quickly made to train together and both Colleen and David had butterflies in their tummies. Colleen admits that she was a little apprehensive at first because she had never met David. Though, she was also intrigued by him and was excited to meet this mystery man who would be running the same race as her. They met on a cold Tuesday morning in January at 5 am for their first training date. They shook hands, looked each other in the eyes, smiled and off they went! They realized that the chemistry they shared was strong and their connection was instant and endearing. The Sunday after their first run, they went on their first real date. This led to them becoming best friends and before they knew it, they were madly in love!

A year and half later, David reenacted their first date night. After dinner, they walked hand in hand, reminiscing about how they had met and how they had felt about each other when they got to that exact same spot where they had met for the first time for their 5 am run. As they stopped, David got down on one knee and held out the most stunning ring Colleen had ever seen. He popped the big question and with tears in her eyes, Colleen replied, “Yes, yes! Of course, I will marry you!”

Colleens favorite memories of her special day were entering the ceremony, walking down the aisle to exchange their vows and dancing the night away with David, their families and friends.

Colleen says that she had the best experience shopping for her wedding dress. She loved each and everything about it! Her only issue was that there were so many beautiful dresses she loved but she just wasn’t satisfied. She kept searching for ‘THE ONE’ that everyone kept telling her about. Colleen had gone to CC’s Bridal Boutique with her Matron of Honor several times, and finally decided on a dress that was very pretty and felt good. She had tried on so many, and knew it was time to decide. Luckily, Colleen wanted to wait until her mom was with her to officially say YES to the dress. 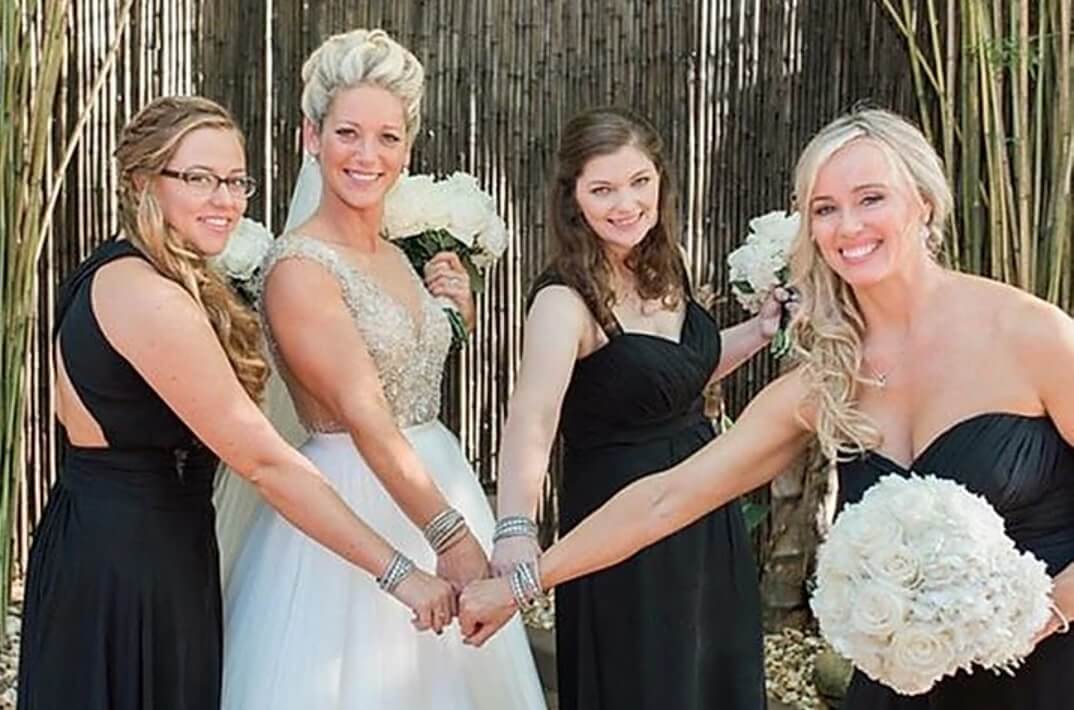 Colleen’s mother flew in from Ohio a couple weeks later and their first order of business was to lock on a dress! Over those couple of weeks, Colleen thought about one specific dress a lot, and kept asking herself if she had ‘that feeling’ everyone talks about and thought that maybe she did. Colleen just kept telling herself that it was beautiful and before she knew it, she had made up her mind. She was given some solid advice where she was told to immediately stop looking for dresses as soon as she had set her heart on one.

The day for the fitting arrived and Colleen was walking back to her designated dressing room. At that moment, as she was walking past a rack of new arrivals, her eyes locked on to the stunning Calla Blanche dress. She says that it seems like the dress jumped out at her, it literally felt like the dress grabbed her out of nowhere. To this day, Colleen admits that it was a romantic moment as it seemed like her dress chose her. Colleen stopped in her tracks, pulled it out from the beautiful dresses surrounding it and gasped, “What’s this one?!” Jaimie, the sales lady who is now Colleen’s friend said, “This is a Calla Blanche, it’s the Carrie dress. Beautiful, isn’t it? Okay, let’s go get your dress now so that you can show it to your mom!”

The moment of decision was here. Colleen put on the dress and it was just as she remembered. She entered the room to show the dress to her mom. Her mom said, “It’s very pretty Col, you look beautiful!” Colleen looked in all the mirrors surrounding her, chatted about how to bustle up the dress, etc. but she felt disconnected and just couldn’t stop thinking about the Calla Blanche dress that had grabbed her attention before. 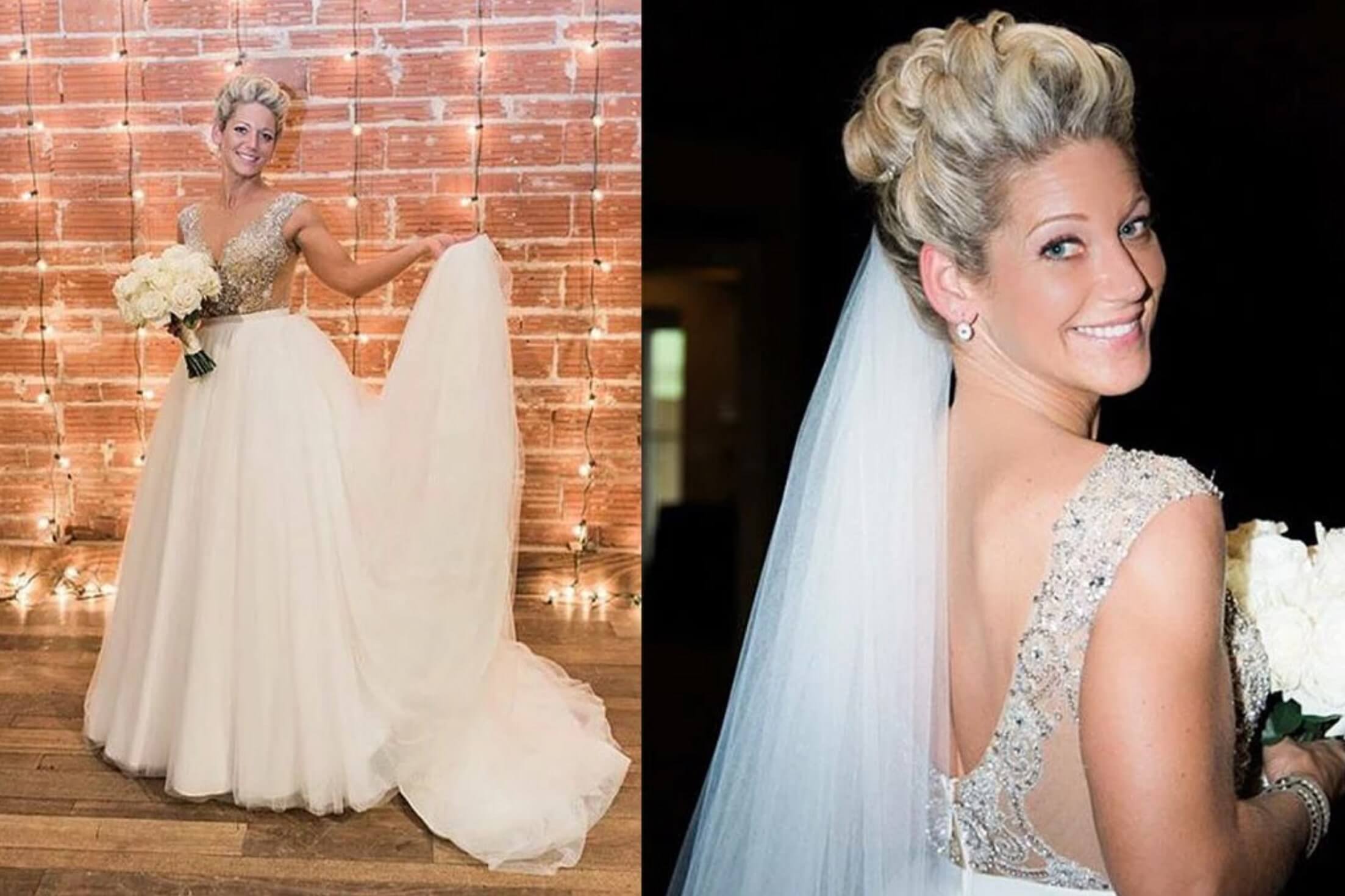 Finally, Colleen took a deep breath and said, “I don’t know, I think I might want to try on that other dress.” Colleen cringed a little inside because she knew that this decision had become exhausting for everyone involved. But, with all the support and love in the world, her mom and Jamie said, “Yes, of course! Now is the time. If you don’t try it on now, you will never know!”

The moment Colleen put the Calla Blanche dress on, she absolutely melted. She had never in her life been so in love with how she felt and looked in a dress, as she did in this one. It was like rays of sunshine burst through the room and Colleen felt at peace. She knew, this was the one, this was the feeling everyone was talking about. Her quest for the dress had ended! Colleen walked out from behind the curtain to show her mom, and her mom was instantly in tears. She knew too! It was a moment in Colleen’s life that she will never forget. Without her mom and the special bond that they share, Colleen knew she could never have said YES without her being there. She signs off by saying, “I think that I would’ve never found MY DRESS, luckily, it found me!”