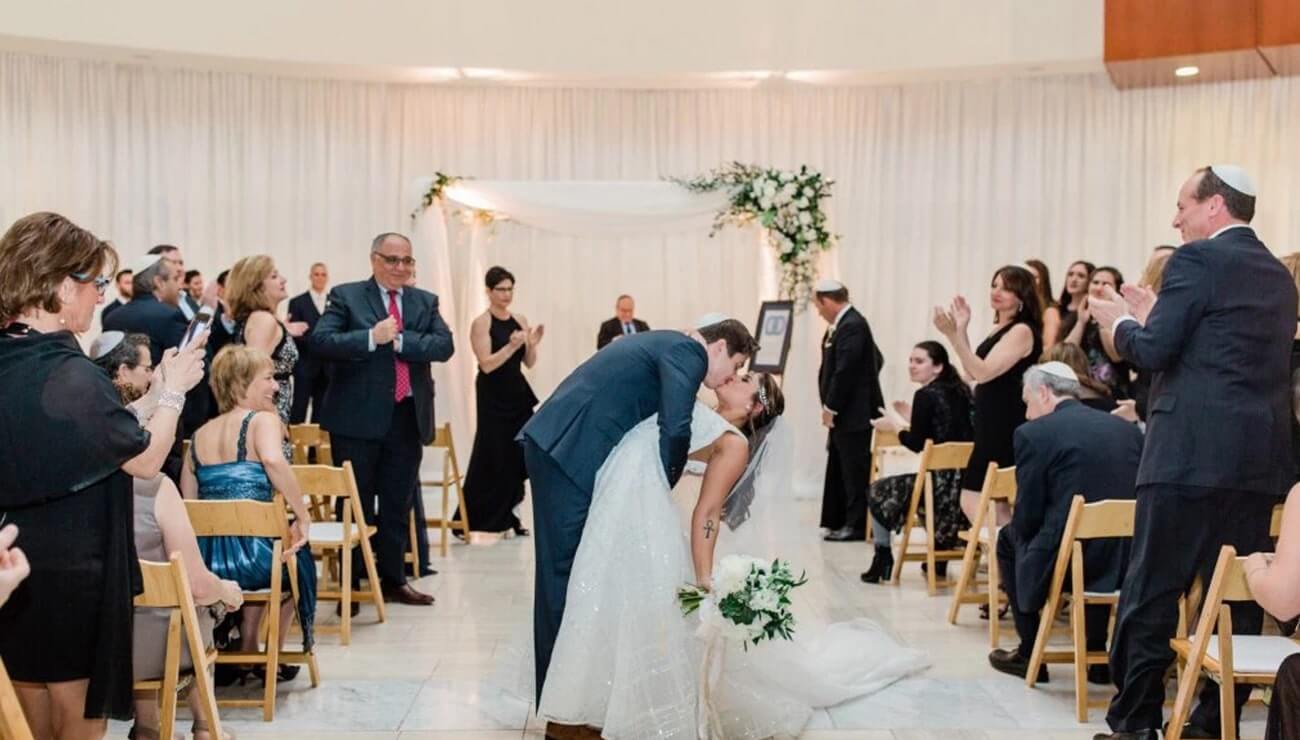 Christmas is always a magical time. And the Christmas of 2013 was a Christmas with some extra magic for Danielle. Because that’s when she met Craig for the first time at a cruise port stop. They were sitting at separate tables and Danielle had met his sister the night before so she went over to Craig’s table to talk to his sister. Impulsively, she asked Craig if he was going to join them for dancing the night away and Craig was taken aback and just stared at her. It turns out that Craig was completely floored by Danielle and was actually gathering the courage to come and talk to her when she suddenly appeared in front of him. Danielle says that she caught Craig completely off-guard in the first meeting and admits that nothing’s really changed in that area. (Aww!)

While they were dating, Danielle had a feeling that Craig would pop the question soon. She just didn’t know when. Danielle usually got home from work around 8:30 pm but on one particular day she had a strong feeling that Craig was going to propose so she tried getting out of work a little early. Unfortunately, her boss decided to keep asking Danielle and her coworkers a lot of questions. After a while, Danielle told them that they were clearly stalling her and rushed out of office.

When she got home she was surprised to find that the entire apartment was filled with fake rose petals (as she has serious allergies) and little candles were lit everywhere. Craig had put together a heartwarming video of their travels and time together. But, as luck would have it, the video stopped working after a minute. Exasperated, Craig said, “If this isn’t an example of our life together, I don’t know what is! Always trying to go above and beyond for each other yet failing miserably half the time.”

Then he got on one knee and said “Danielle, you are my best friend, the love of my life, and I can’t imagine spending my life with anybody else. I want our adventure to continue forever…will you marry me?” That was a cue for Danielle to burst out into (happy) tears and say a loud YES!

Their charming wedding was on March 10th, 2018 at the gorgeous Atlanta History Center. 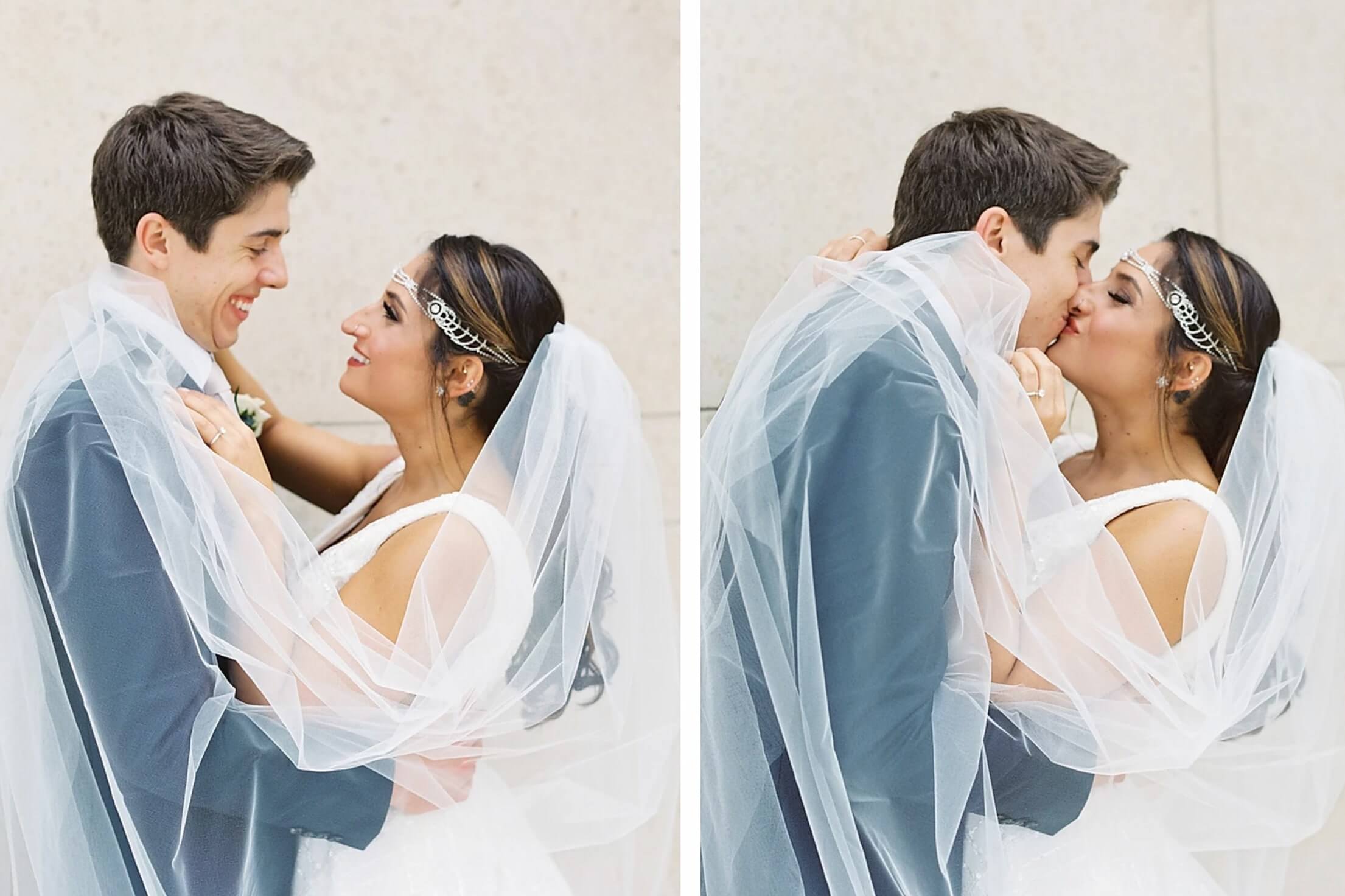 Danielle loved the venue with all her heart. Their wedding ceremony was in the atrium where pristine drapes were the backdrop to a simple chuppah with flowers on it. Then, cocktail hour was held in the hallway with one of the exhibits opened exclusively for the guests to explore. The reception was in the Grande Overlook Room and Danielle admits that there’s not a picture in the world that could do justice to how amazing the place and space is. They also had 6 delicious cakes and even though Danielle didn’t eat much, she remembers everyone telling her that the food was heavenly.

Danielle has two favorite moments from her wedding. One was right after the ceremony when Craig and she had the chance to just breathe for a moment. They’d been on their feet all day so being a yoga teacher, she immediately put them both ‘in legs up the wall.’ It was super-relaxing and they lay there, held hands, and let their feet relax.

The second moment is at the very end of the night. Again, being a yoga teacher, Danielle wanted to get a handstand photo in her dress. On the first attempt, Craig knocked something off the wall and it fell on his arm. The second attempt is when they got it right and Danielle says that out of the millions of pictures which were clicked that night, the one with the handstand is her favorite! 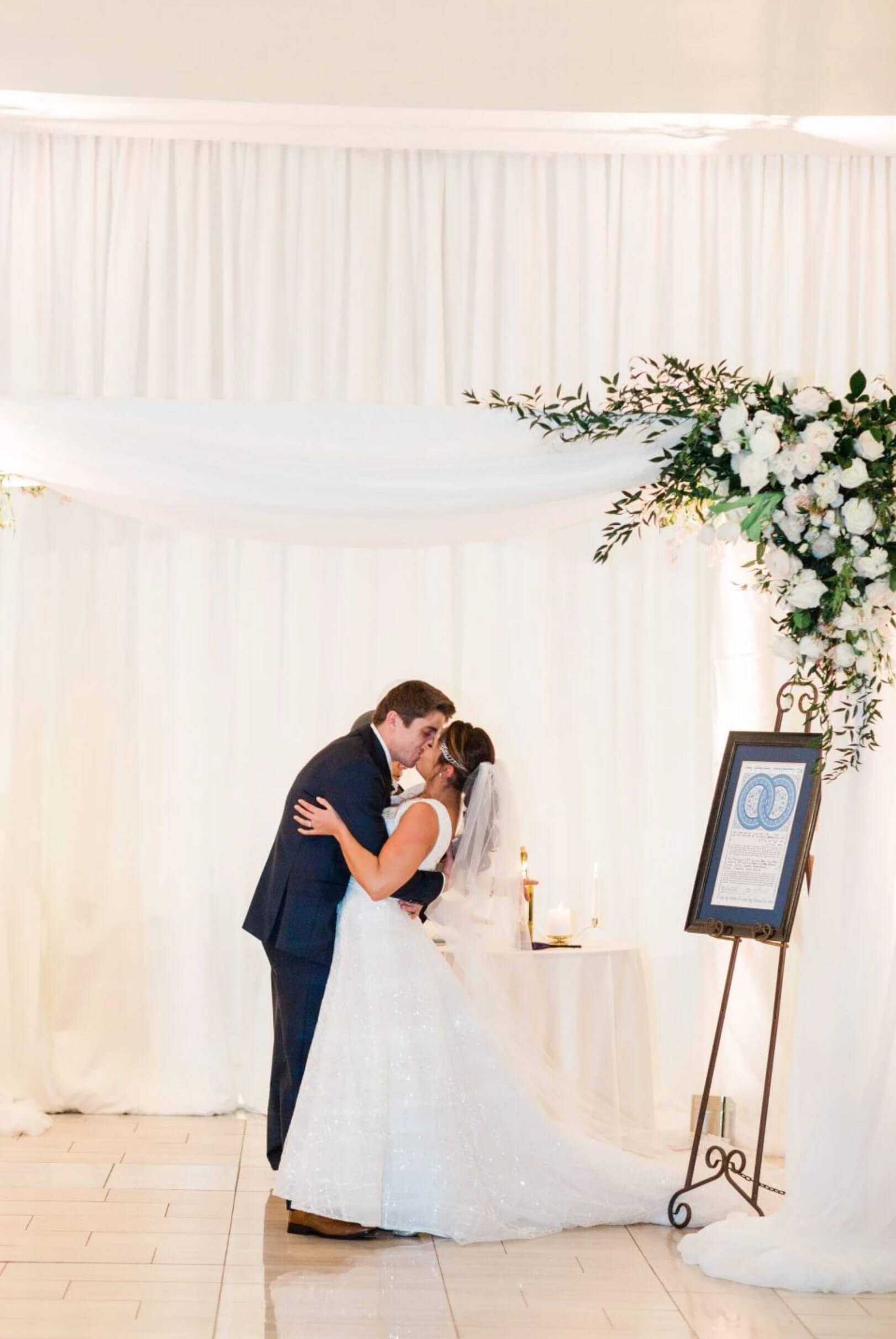 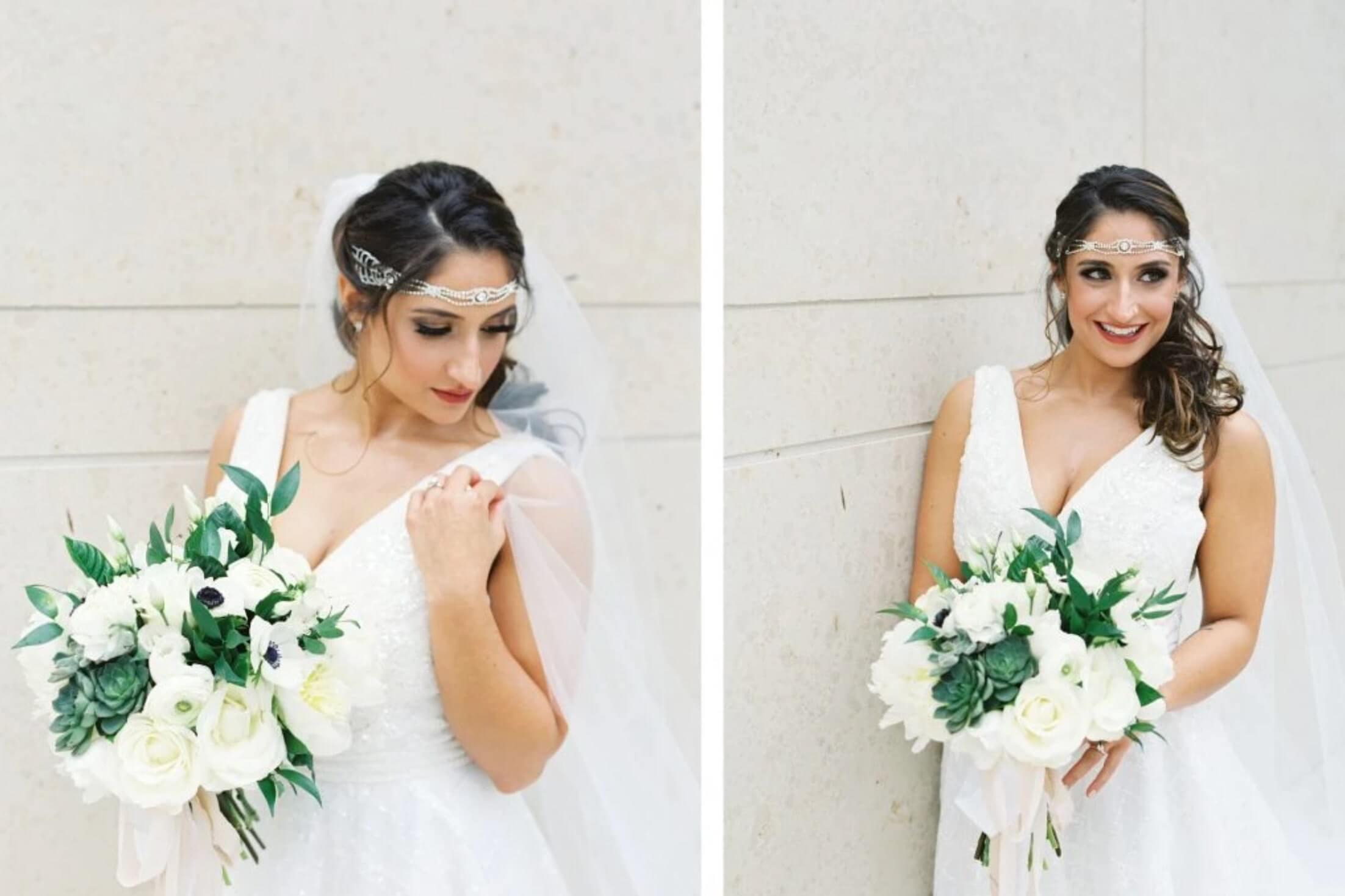 Danielle recalls that she was originally looking for a Mermaid Fit but when she saw the Calla Blanche, she said to herself, “If I were to wear an A-line, it would have to look like that!”

Danielle tried the dress on and immediately fell in love with it. Of course, she did try on a few others but she just knew that the Calla Blanche was the one that was made for her. She says that she could dance the night away comfortably and the low back and little details made it super special. 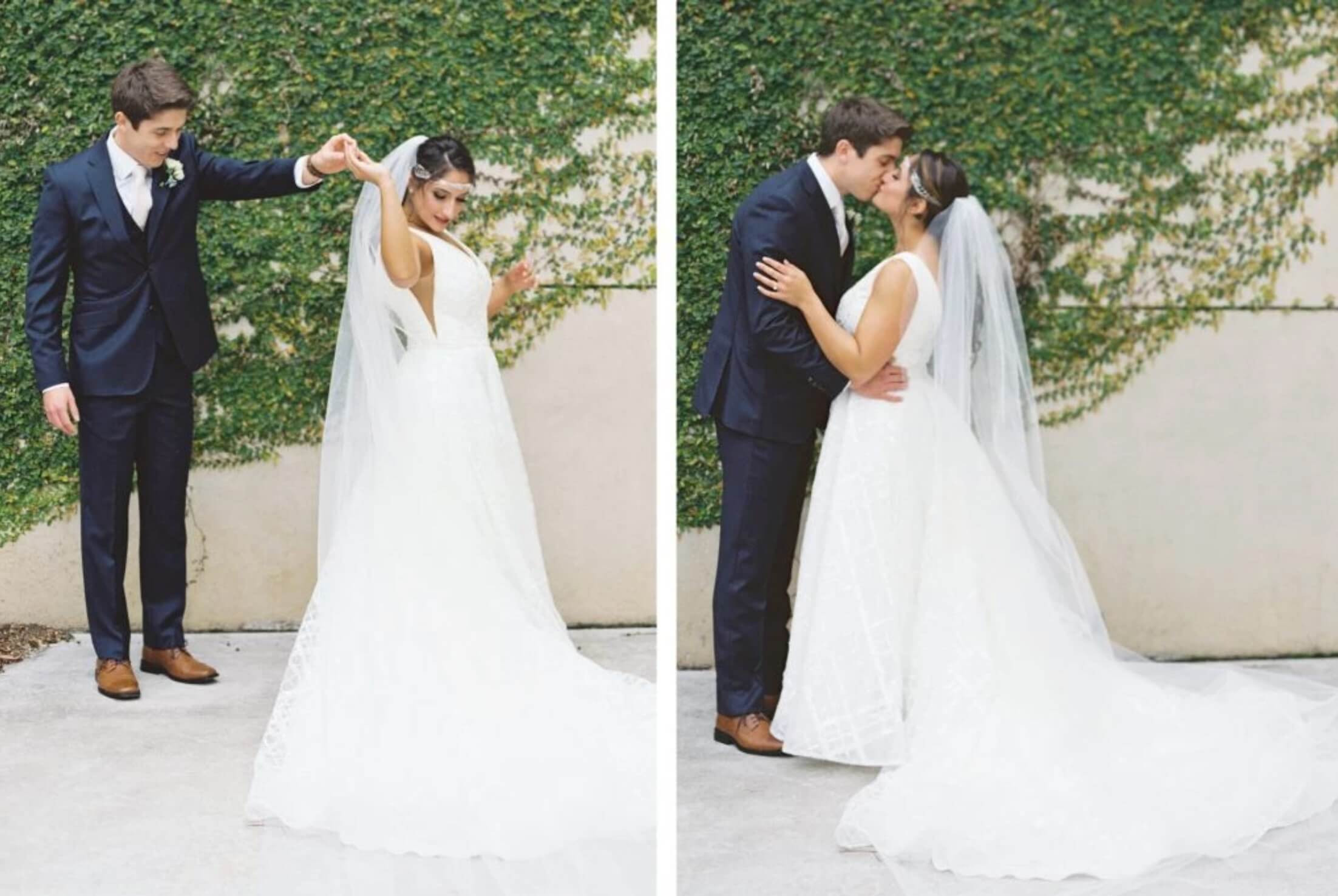 Danielle signs off by saying that though everyone made her day special, one person who deserves the most credit is her mother, Emily Ra’ed. She says that her mother handled 97% of the details for the wedding. Danielle is easily overwhelmed but she barely felt any stress at all during the wedding planning process and it’s all because of her mother. Danielle adds that Craig and she wouldn’t have been able to have as perfect a day as they did if her mom wasn’t behind the scenes and they are eternally grateful to her.