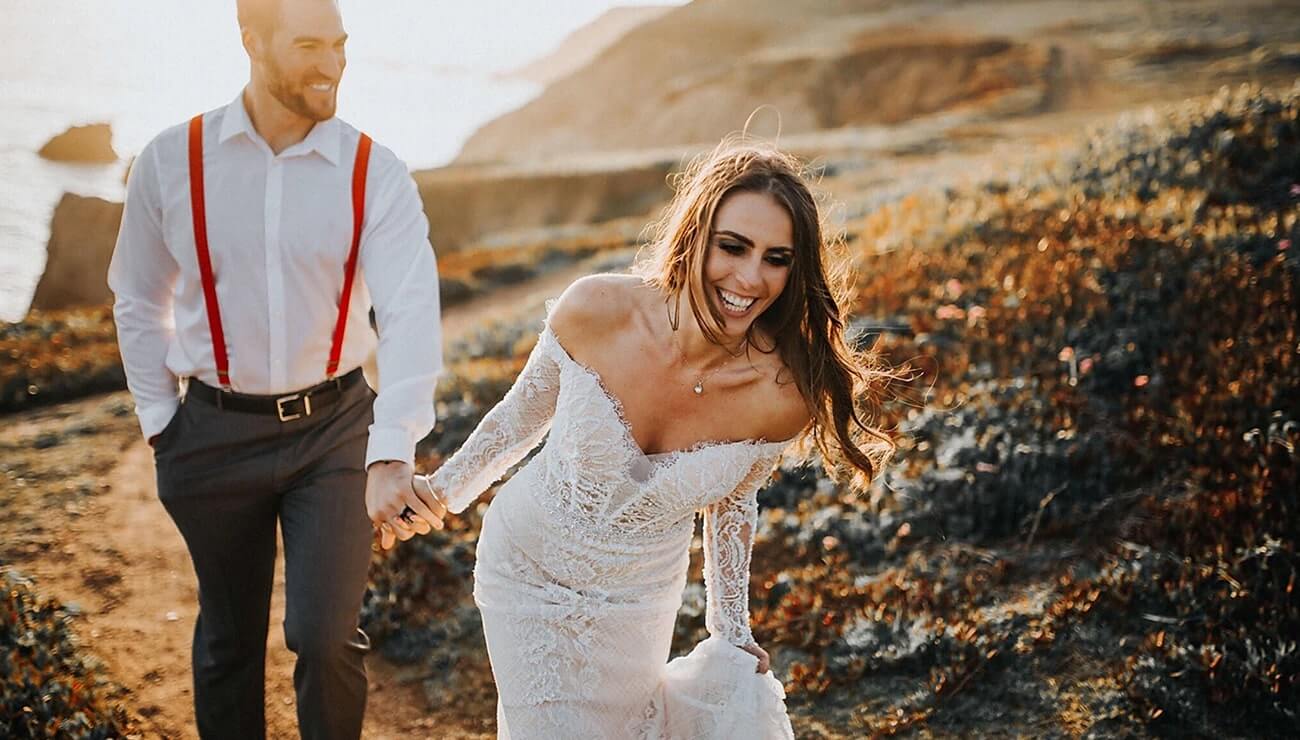 The perfect wedding dress? what about the perfect couple! Have you ever imagined that a random night at a bowling alley could turn into the most memorable night of your life? Jennifer sure didn’t. But all that changed when she met Nicholas. He was standing in line to pay when Jennifer and her friend walked up and stood behind him. When Nicholas turned around, it took him a few seconds to catch his breath, stop staring and introduce himself – but not without stuttering a bit. (Cute!) They ended up talking and laughing all night. It was an instant connection. But, they didn’t end up officially dating until 7 months later. 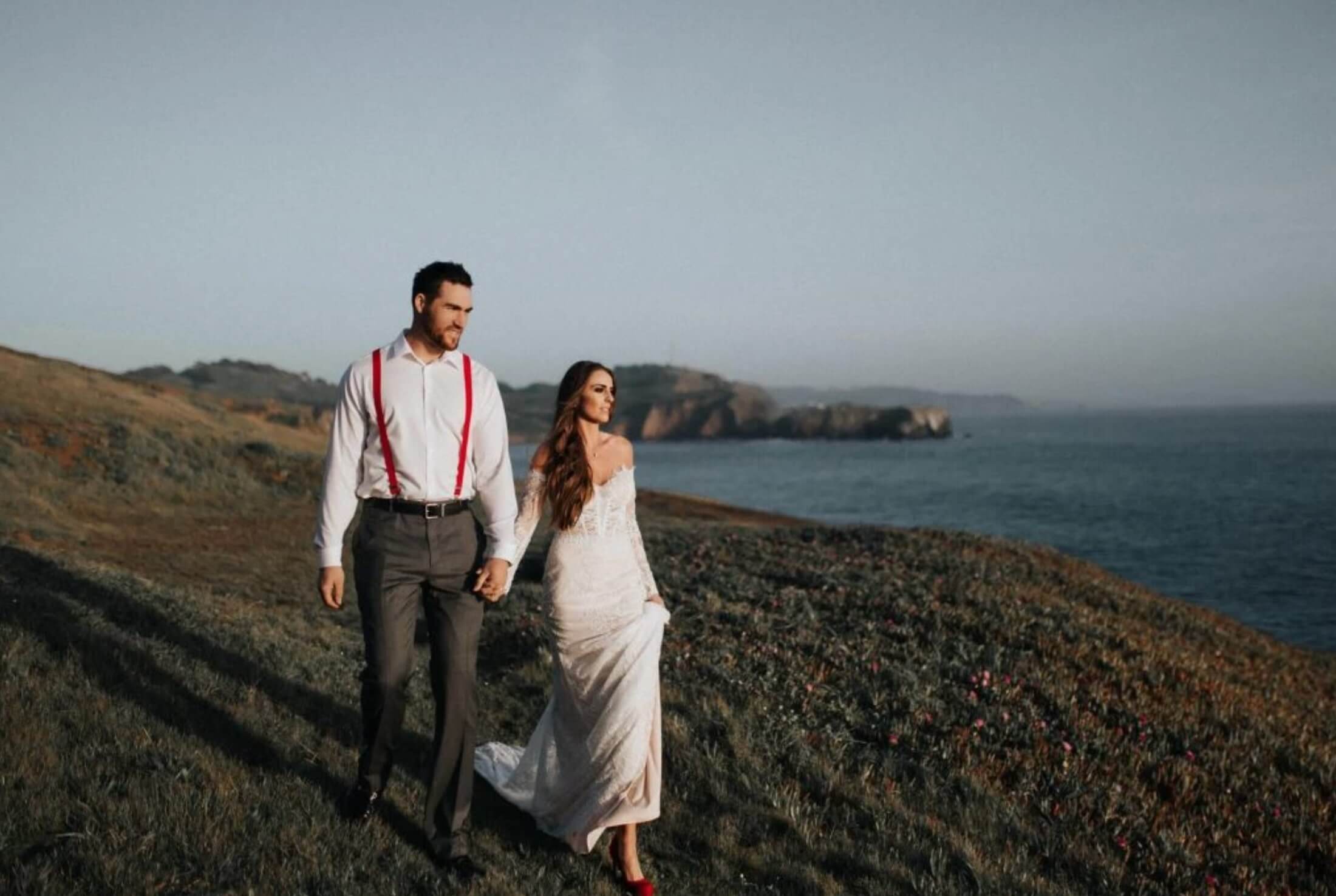 Jennifer was the one who originally proposed to Nicholas. And it’s funny how it happened. Nicholas says that he knew that he wanted to make Jennifer his wife as soon as they met, but even after they started dating, Jennifer wasn’t sure about tying the knot because she never saw herself getting married. Undeterred, Nicholas promised Jennifer that he would keep asking her randomly till she said yes. Hearing this, Jennifer would always flash her beautiful smile, roll her eyes and shake her head.

One day, three months after their first date, they were out hiking in Yosemite. On their way back, they stopped to grab a bite. Jennifer remembers that they were laughing uncontrollably about something and at that precise moment, something clicked. She looked at him straight in the eyes and asked him if he would marry her. Nicholas, as expected, was in complete shock. Jennifer made it clear that she didn’t want or need a ring so they got each other’s initials tattooed on their ring finger. However, Nicholas ended up surprising Jennifer with a stunning emerald cut diamond ring on their wedding day, right when they were about to say their vows! 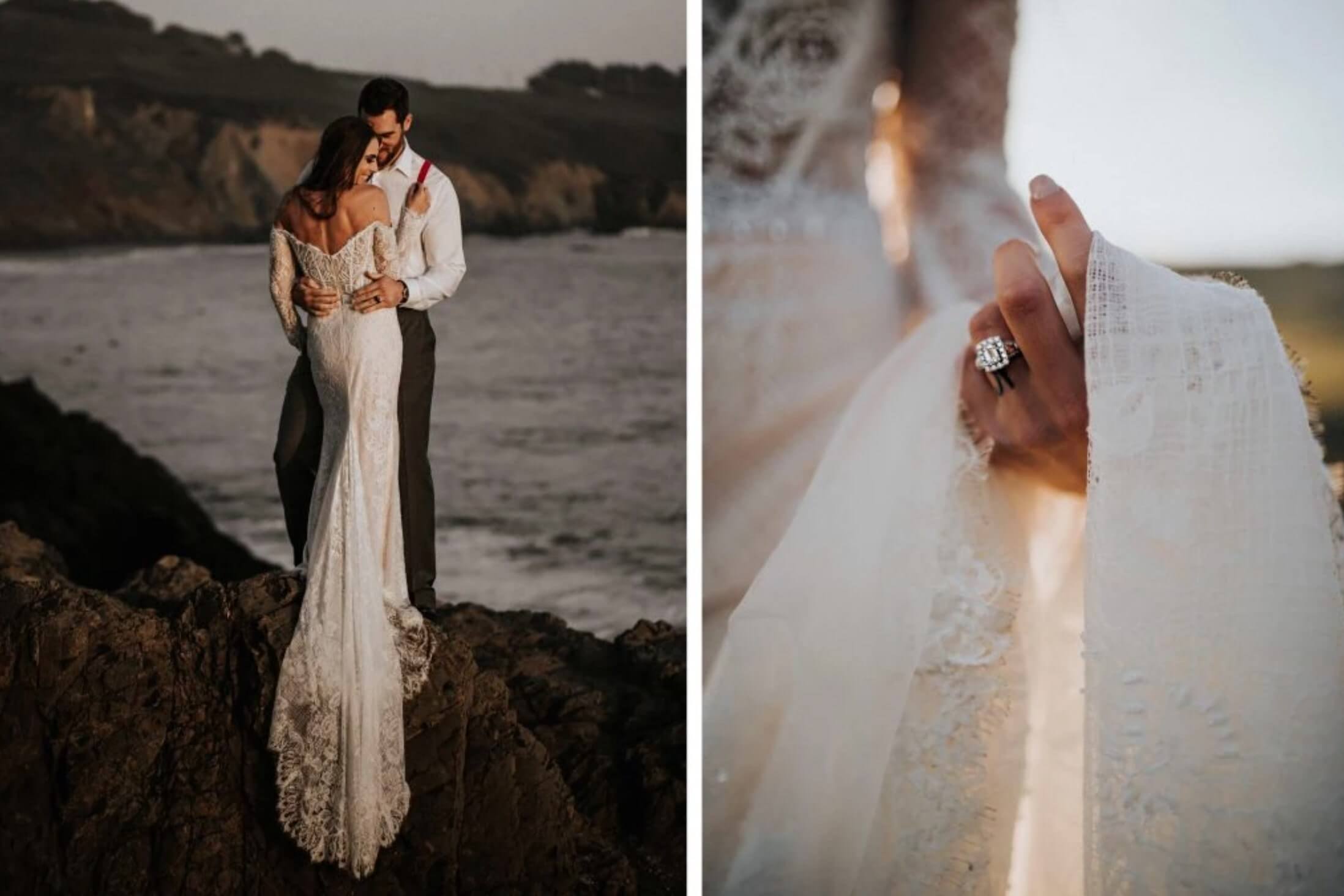 Jennifer and Nicholas got married on April 1 st , 2017. It was exactly one year from when they had their first kiss and became more than just best friends who adored each other’s company. They eloped with just immediate family and friends on a beautiful cliffside off a beach in Sausalito, CA, right outside San Francisco, on the other side of the Golden Gate Bridge. It was a secret place they had found while hiking together a few months prior. 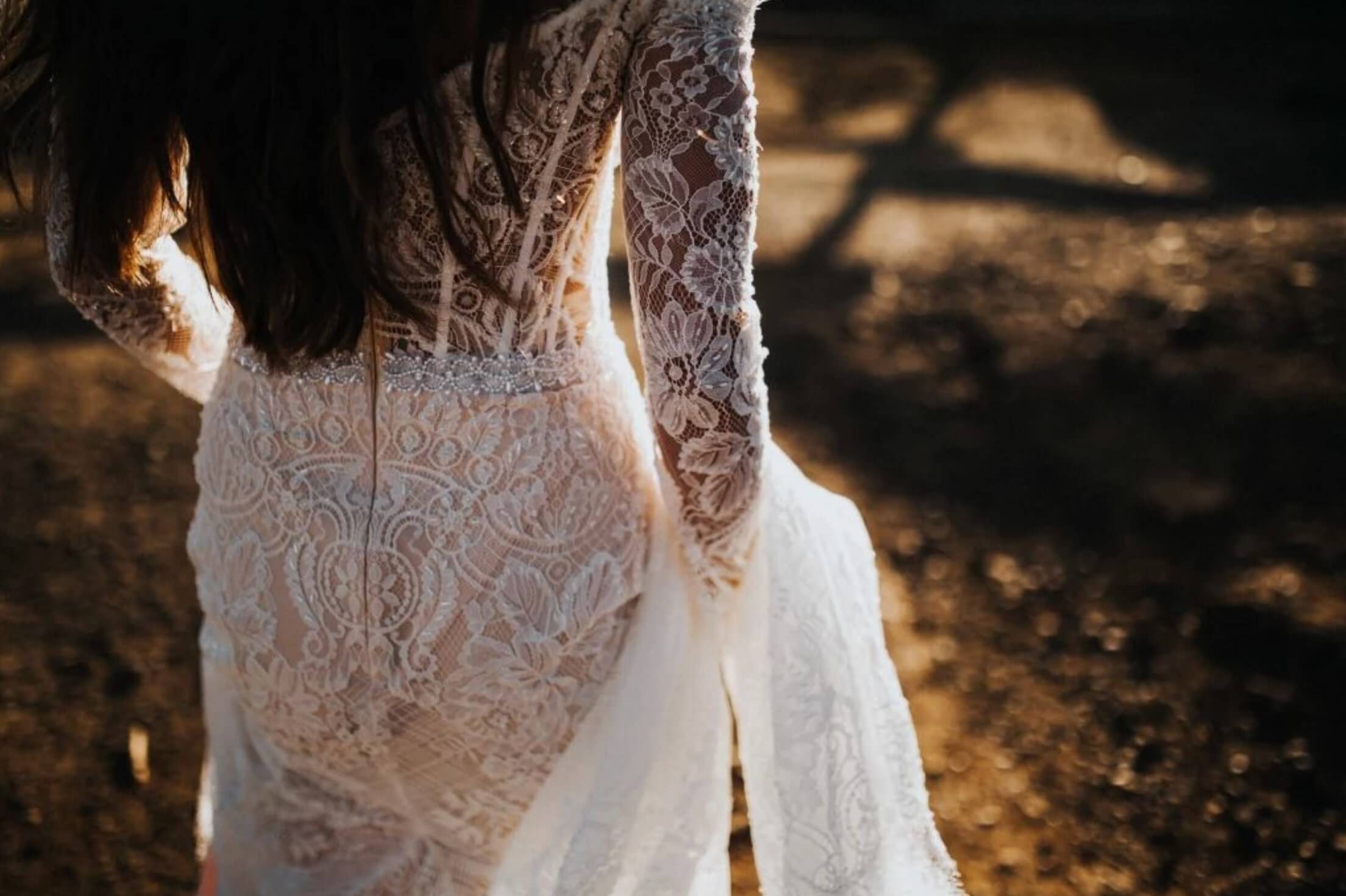 Jennifer’s favorite memory of her wedding is when she was walking down the hill towards Nicholas who had his back turned towards her as he stared at the ocean. They hadn’t seen or talked to each other all day and the night before. When Nicholas finally turned around to see Jennifer in her stunning dress, he immediately walked up to her and pulled her in for a long kiss. She had to stop him and say, “Not yet!”, all while everyone was laughing. His smile, his first reaction and response to seeing her is something Jennifer says she will cherish forever.

Jennifer had a clear vision of what she wanted her dress to look like even before she started looking or shopping. What made Jennifer fall in love with her Calla Blanche dress was that it seemed like her dream dress had become a reality the moment she came across a picture of it online. She noticed that it was available nearby at Bianca’s Bridal Couture and couldn’t wait to try it. When she went in for a fitting, the dress fit like a glove. When Jennifer’s family started crying and everyone in the shop (including other brides) stopped to come over and look, she knew she had found her special dress for her special day. It was a perfect mix of effortless beauty and vintage class. And all Jennifer needed tailored was the hem. It just fit so perfectly! The dress Jennifer tried on in the boutique is the exact same one that she purchased.

We truly believe that it was meant for Jennifer!