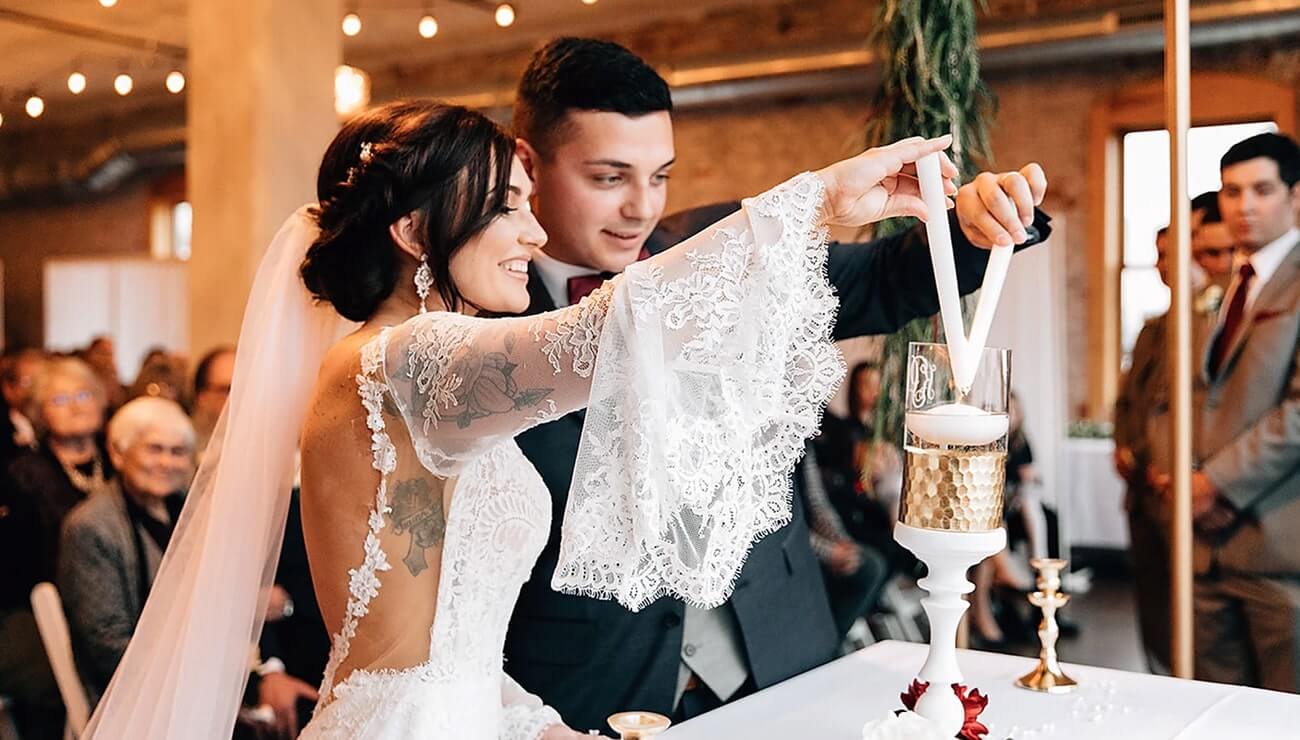 Who better to play Cupid than one of your friends? Kirstyn and Dillion’s love story began when a mutual friend brought Dillion to Kirstyn’s church. 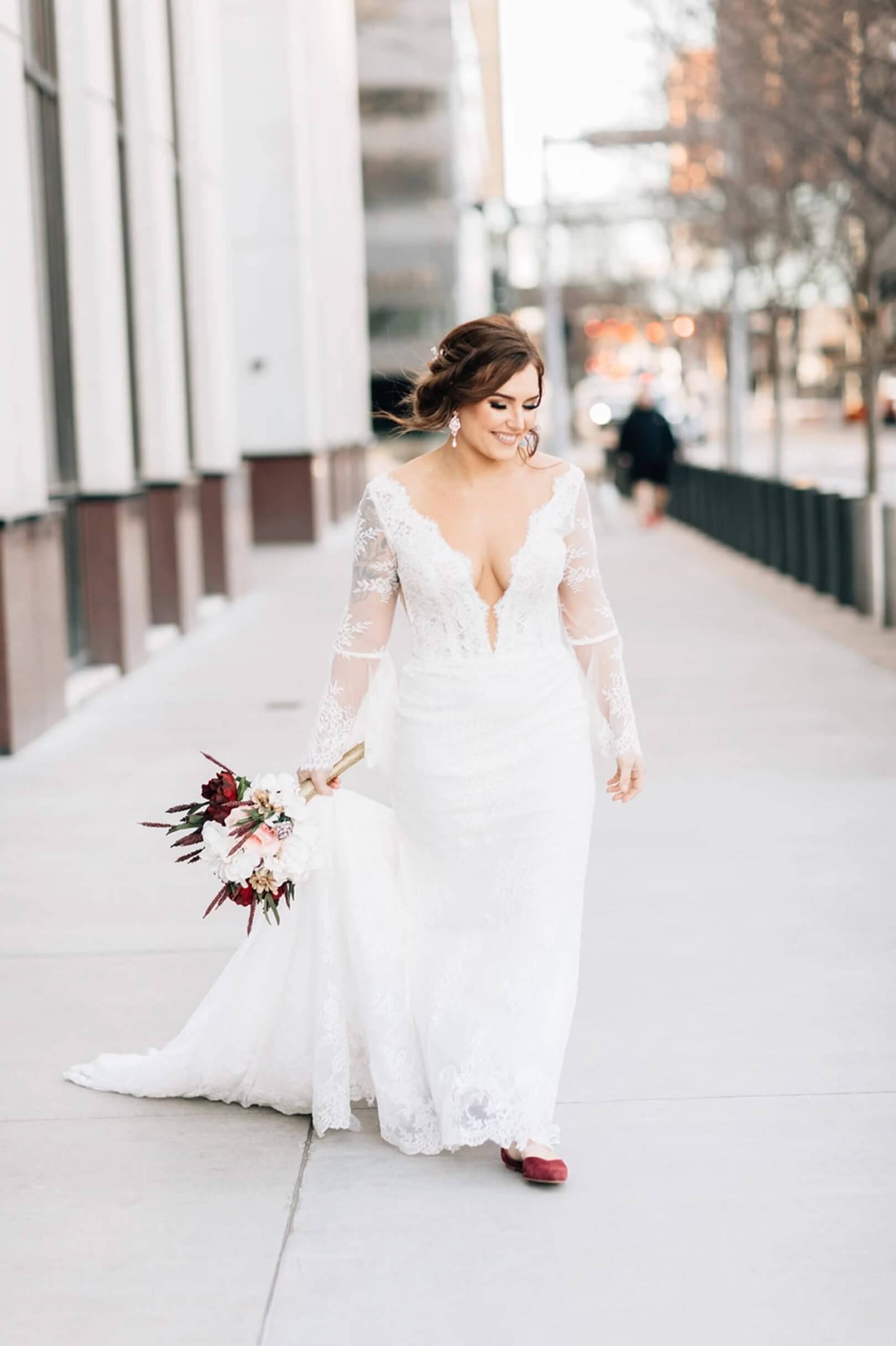 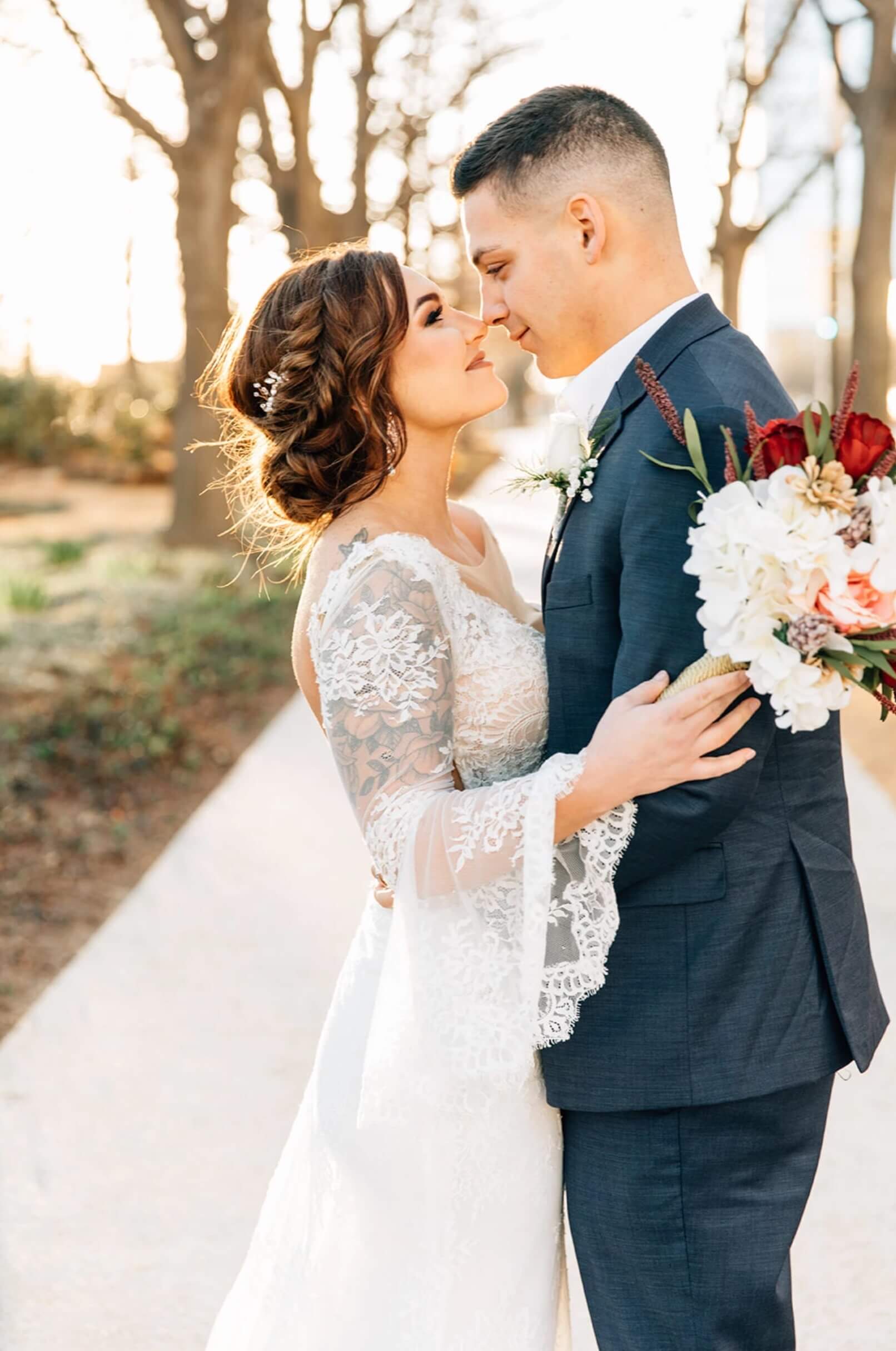 Getting permission from the bride’s dad is very important, and when Dillion asked for it well in advance he told Kirstyn’s dad about wanting to propose in front of all their family. Kirstyn had been planning a surprise birthday party for Dillion’s 21st birthday a few months later. Unbeknownst to her, her dad had already spilled the beans to Dillion, giving him the perfect opportunity to pop the question. He did a great job of faking surprise and had her completely fooled. When they were all getting ready to eat their meal, Dillion got up and started thanking everyone for coming to celebrate his birthday which led to him asking Kirstyn to marry him!

The couple tied the knot at Skyline on Bricktown Canal, in Oklahoma City on January 11, 2019. Kirstyn’s most precious memory of their wedding is seeing Dillion’s face when he saw her walking down the aisle. She could see the love in his eyes! 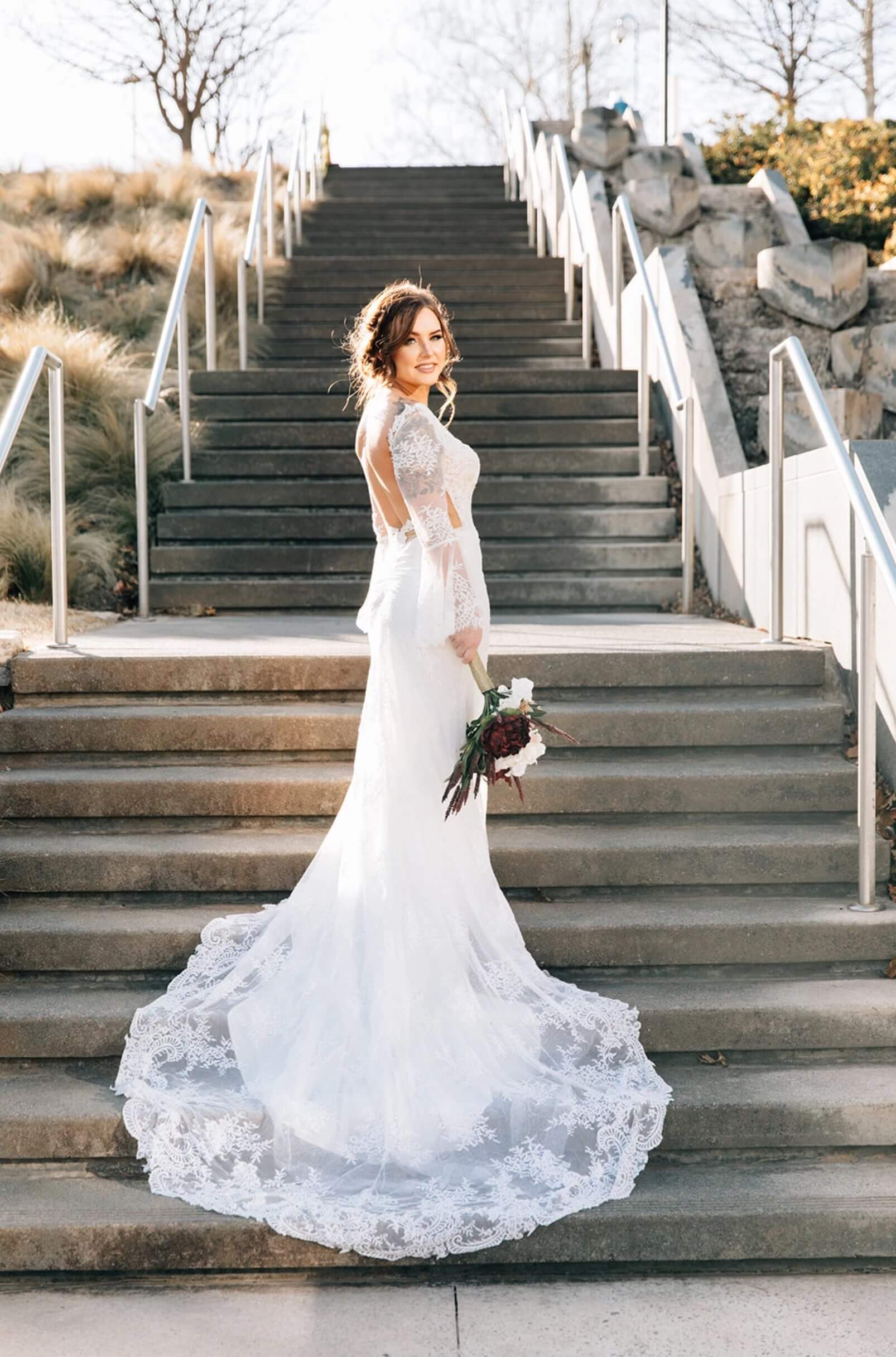 She said “yes” to the dress at RL Bridal & Prom in Oklahoma City, Oklahoma. Kirstyn had spoken to a sales representative prior to her appointment to give them an idea of what she was looking for. As soon as she walked into the dressing room, she saw the detailed lacing and bell sleeves on the ‘Amber’ gown and instantly fell in love! Once she tried it on, nothing else compared and she knew it was the one!