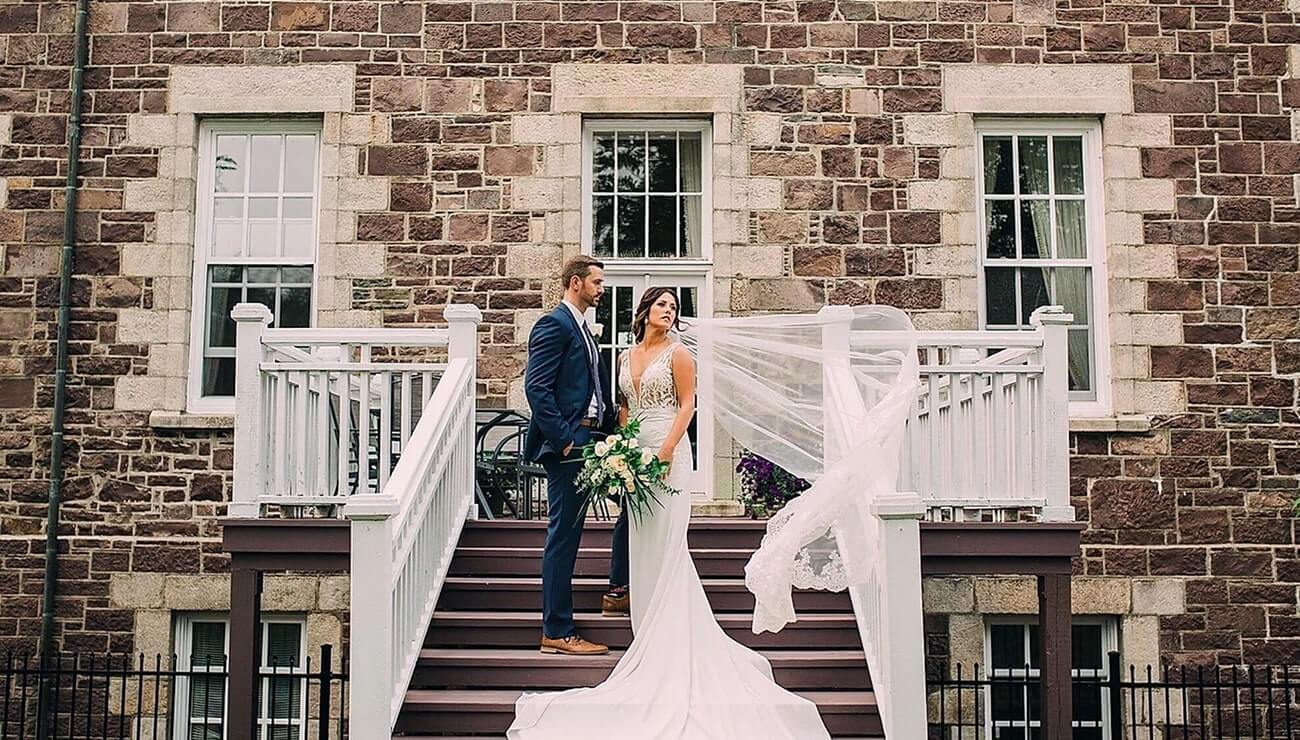 Kristen and Andrew first met at Future Shop in St.Johns, Newfoundland. The moment was picture perfect, literally! They were both working there. He was the sales manager for Apple or as she liked to call him “the apple man” and she worked across from him in the camera department.

It was clearly love at first sight! Kristen says her proposal was like something out of a movie. (Quick! Grab your popcorn and some kleenex).

Her and Andrew flew back home to Newfoundland for a friends wedding, as they had both moved away a year prior. Before they had landed he had given her a map of the city with little tabs over different locations. It was like a scavenger hunt! Kristen admitted she had absolutely no idea how to read a map, but Andrew assured her he’d be with her every step of the way and that they’d spend the day going to the locations.

The first location was a local spa (one of Kristen’s favorite places) where they once had a couple’s massage and a private hot tub. The second location was a boutique hotel called Luxus. Kristen really enjoyed her time there as she reminisced on the time they had stayed at this luxurious hotel for FREE with his parents during one of their visits home. To Kristen’s surprise, Andrew had actually made reservations for them to check in and she was instructed to head into the shower right away!

As Kristen made her way out of the bathroom she found a beautiful spread on the bed. A beautiful white floral dress, a new pair of strappy designer heels, and a lovely new bottle of perfume. Andrew had explained that it was a late 3rd year anniversary gift. They had been so busy preparing for their flight they hadn’t had time to exchange gifts.

The hunt continued and Andrew took Kristen to a lot of their “firsts” as a couple. Locations where they first met, had their first kiss, first date, and even where Andrew watched Kristen play soccer for the first time! At each of these locations Andrew also carried around a chalk board for the reason the location was important followed by taking a picture of the two of them at these special locations. How romantic! There were only two locations left on the map and they pulled up to their favorite place, Cape Spear.

This is the place where they fell in love with one another. They spent hours on hours talking to each other at Cape Spear. They got out of the car and headed towards the lighthouse for their picture. The view was spectacular as they were facing the ocean, that’s when Andrew began his big speech. From there he got down on one knee and in Kristen’s exact words made her “the happiest girl in the world.” To top it off he had even hired a secret photographer to capture the whole moment.

Know that is picture perfect, literally! Following the beautiful moment, they went to their last location, Kristen’s favorite restaurant, where he booked a private table for them before spending a wonderful night at their luxurious hotel.

Their wedding took place on August 25, 2018 at the Manuels River in St. Johns, Newfoundland. 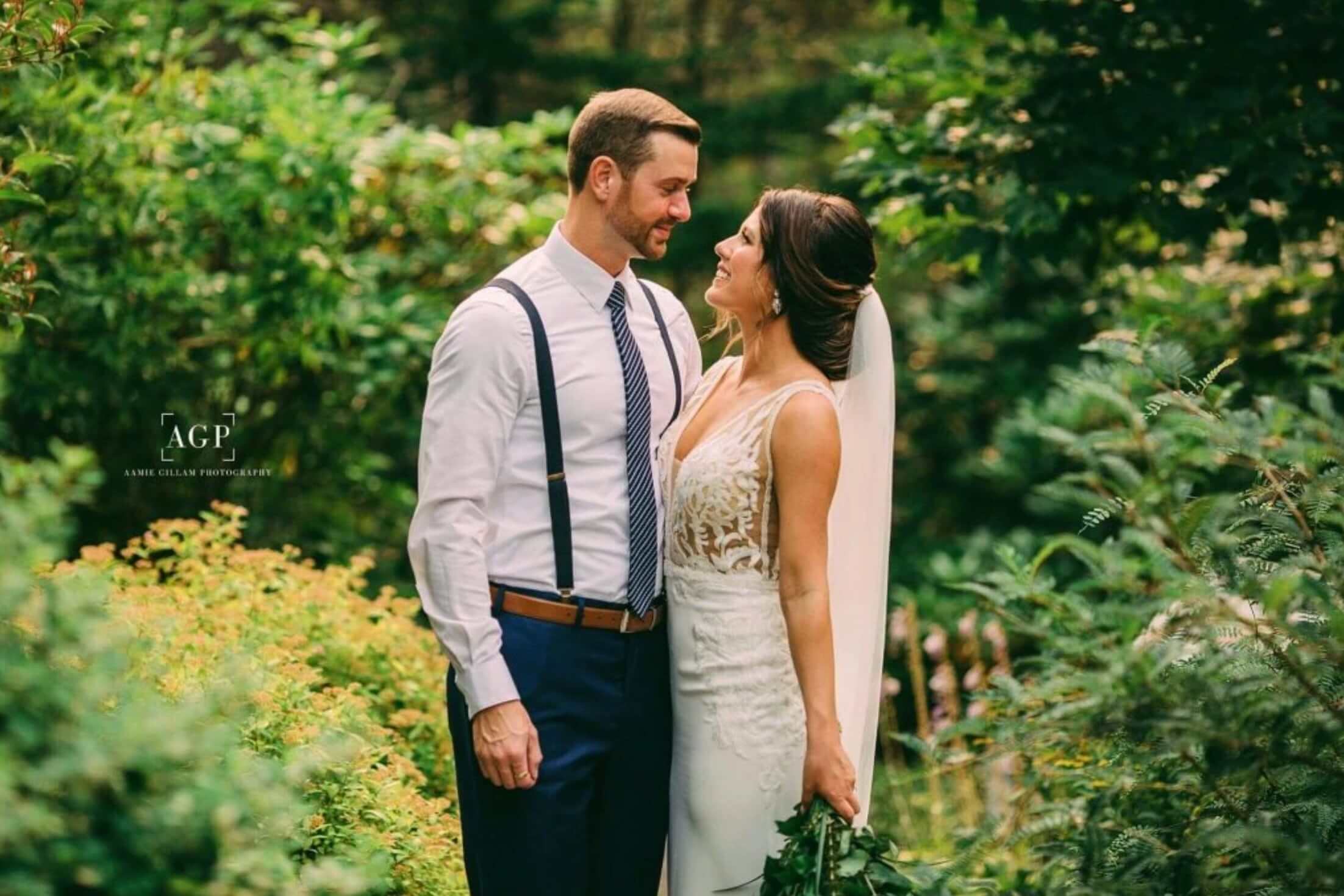 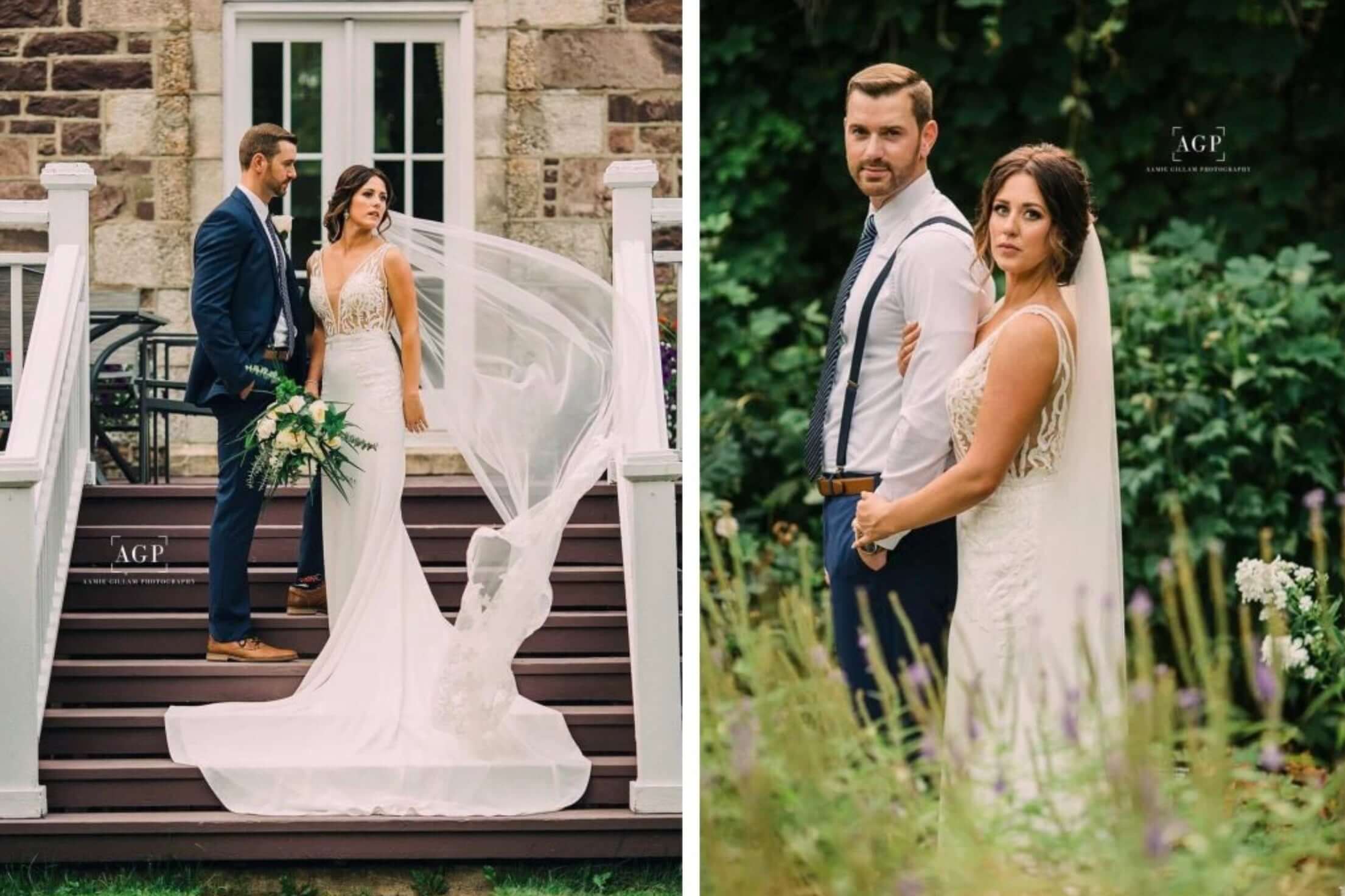 The couple had actually hired an ice cream truck to serve late night desserts for their guest. She referenced her and Andrew being like children, they climbed in the truck and began serving their guest ice cream. It was her favorite part of the wedding. 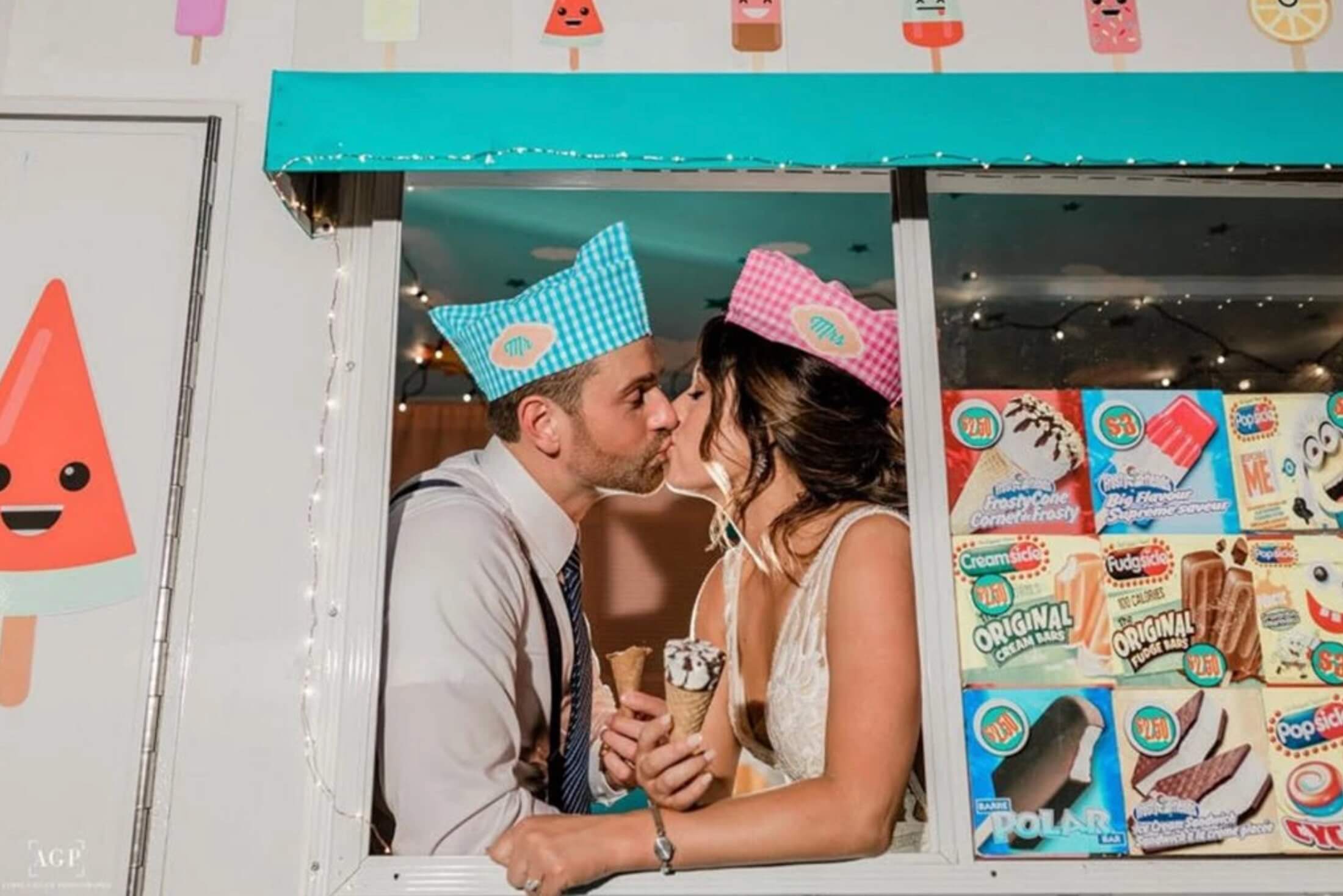 Kristen purchased her dress from Novia Mia in Calgary, Alberta. She fell in love with the dress the minute she put it on. It was truly love at first feel. Kristen says the dress just felt like her, she is very particular with what she wears and she likes wearing items that make her feel confident and beautiful. From the minute she put it on she knew it was the one and she knew Andrew would love it! 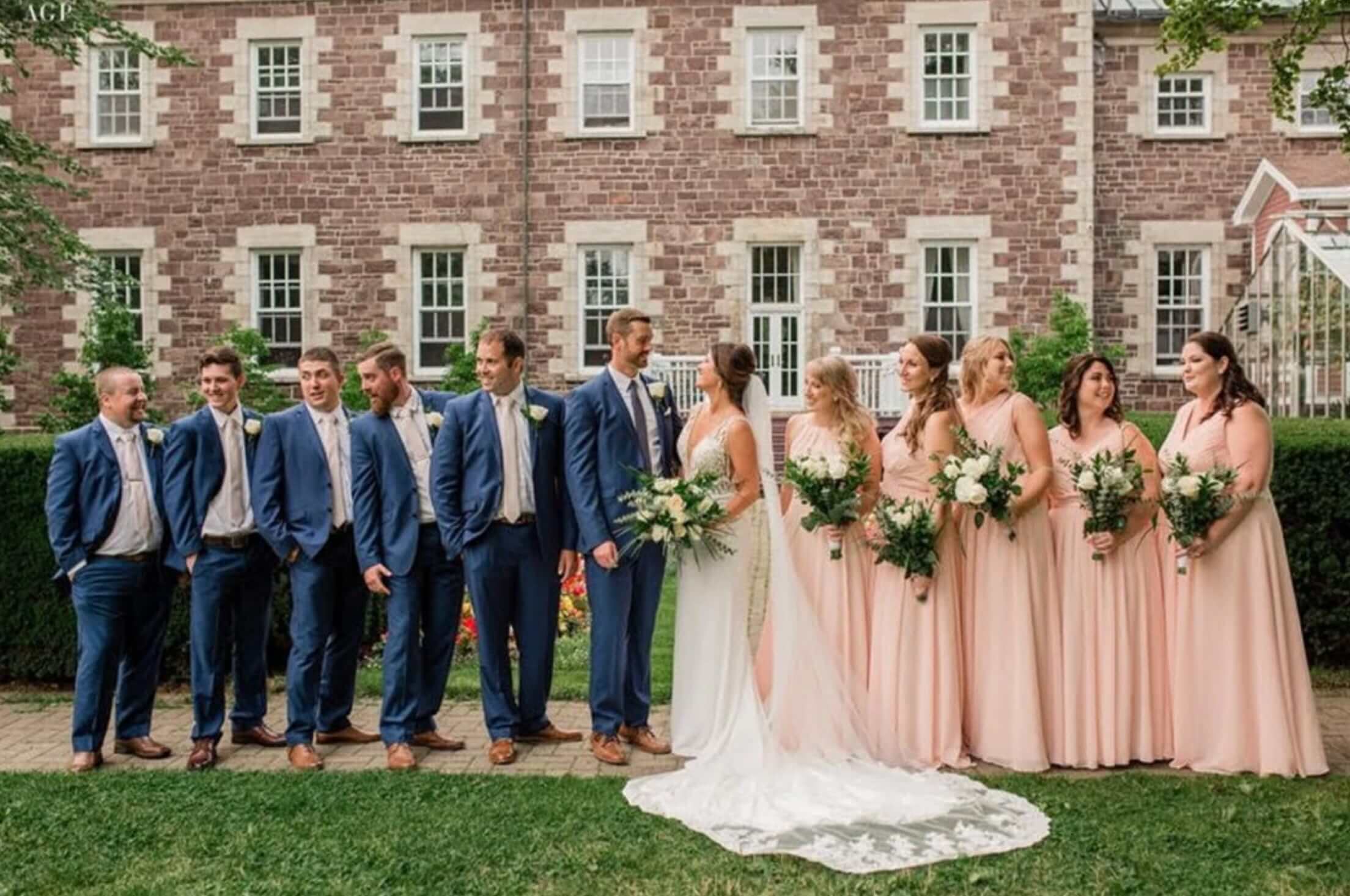