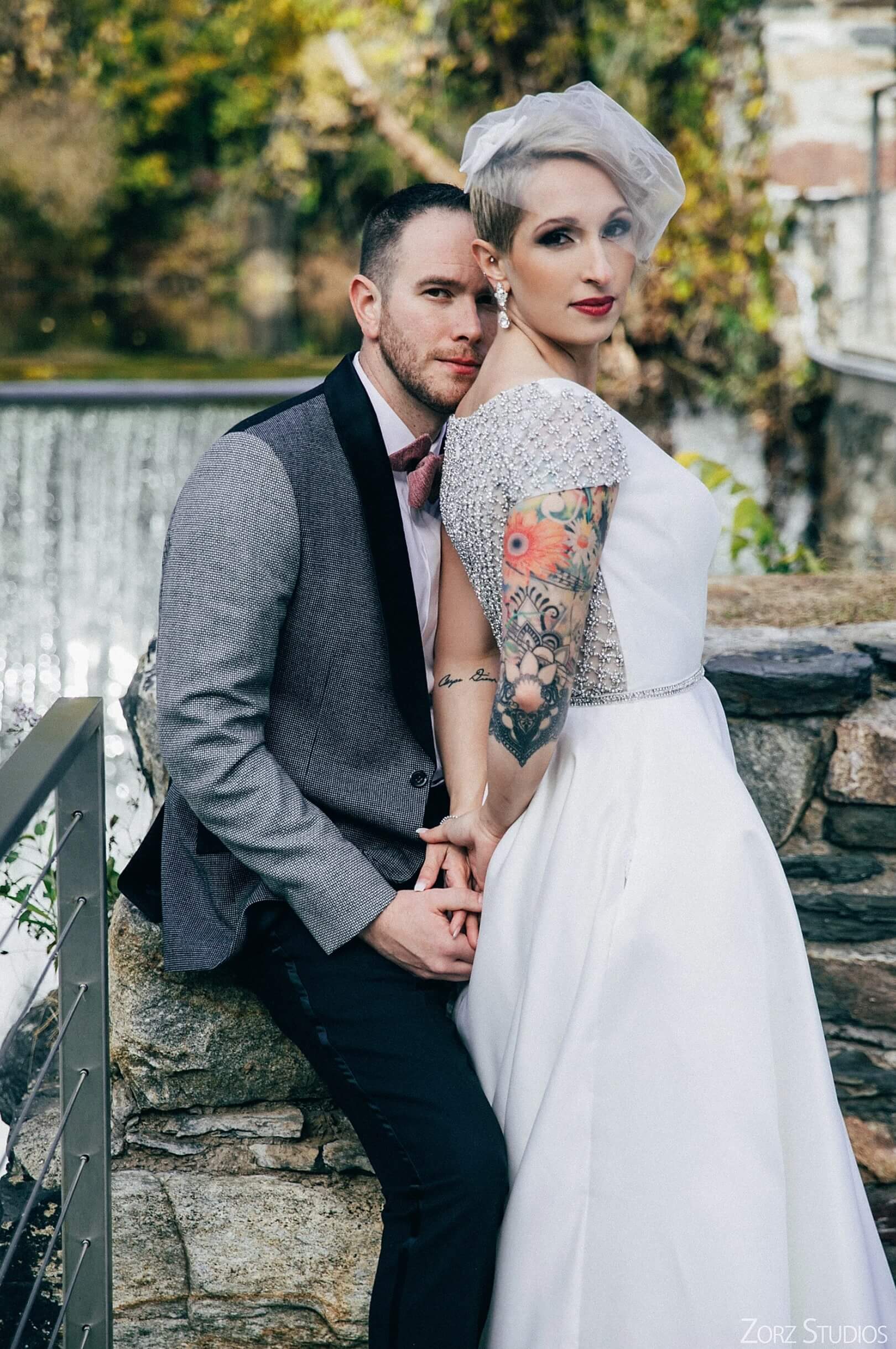 She then found out that EVERYONE knew beforehand! Both of their families were in on it from the start! 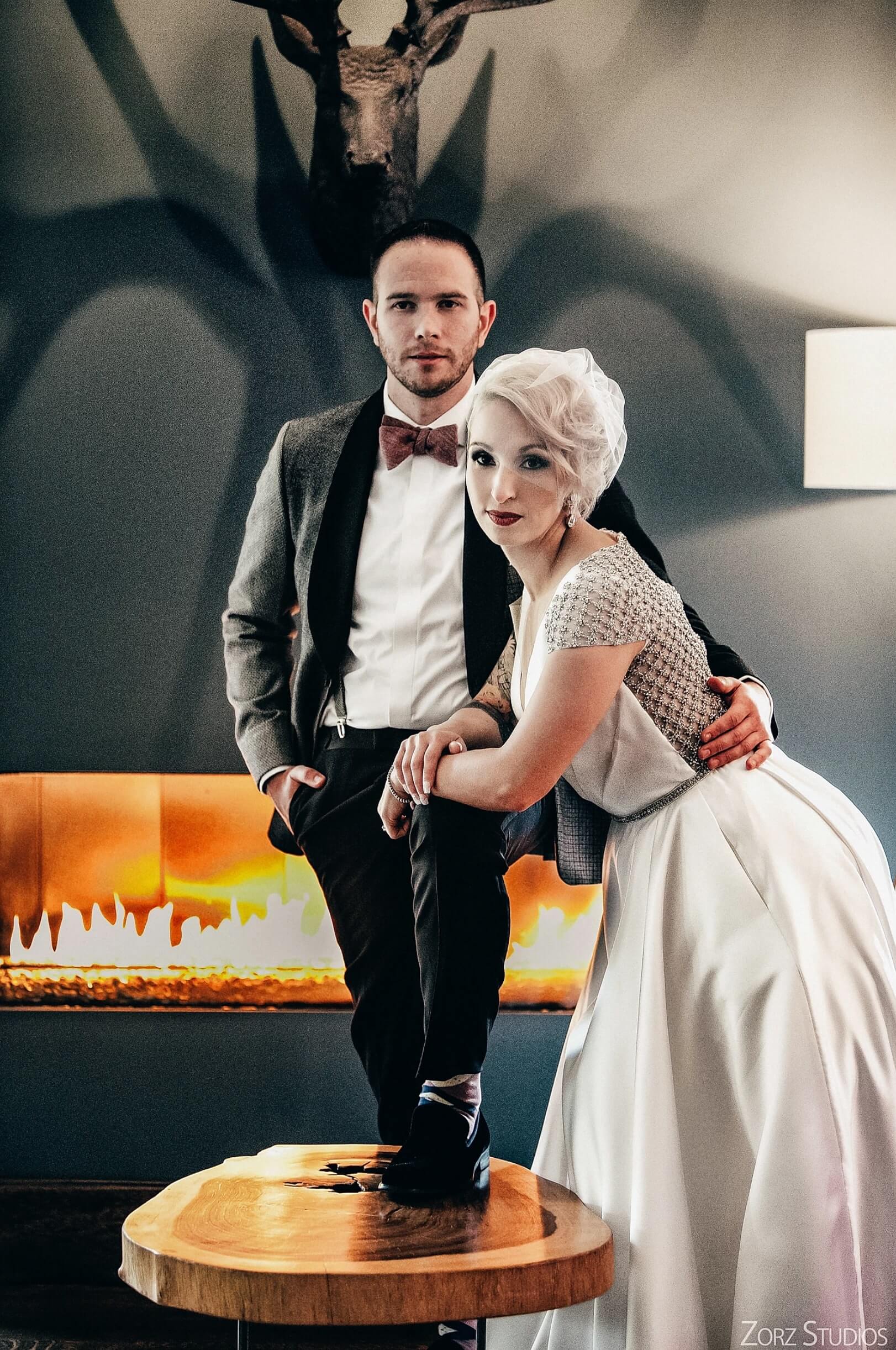 The couple married at The Roundhouse, in Beacon, NY on October 26, 2018. Nicki’s favorite memory of their wedding happened right after the ceremony, when the newlyweds had a few minutes in the bridal room to themselves. Their venue coordinated so that they had two of each hors d’ouevre and a bottle of champagne. They didn’t open the champagne for them, and that moment of watching her brand new husband pop a bottle of champagne moments after they said “I do” will stay with Nicki forever.

Nicki found her perfect wedding dress at RK Bridal in Manhattan. The experience was incredible from start to finish! She’d never thought she’d find a dress she liked in her price range. She was certain she did not want lace and but it had to be dramatic. She wanted it to be describable, so that when guests left and people asked “what did she wear?,” the answer wasn’t just “oh you know, a wedding dress.” Most of all she wanted something very unique. 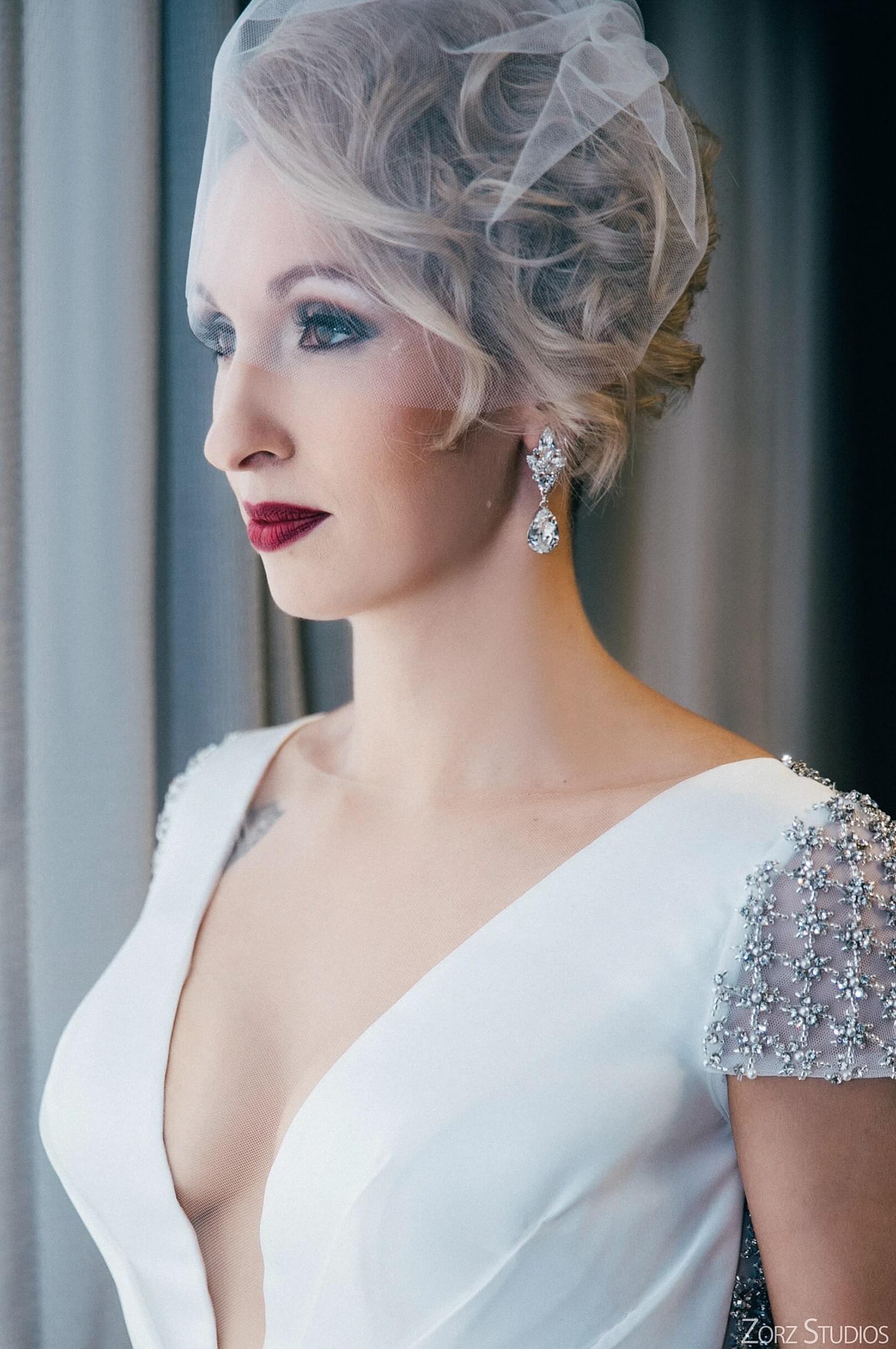 The second dress I put on at RK Bridal was the Paloma style number LA7276. As the consultant started zipping her in, she looked up into the mirror and started crying before the zipper was even done. When she came out of the dressing room her family’s jaws dropped! It was sexy, elegant, jaw dropping, timeless, and glamorous all in one. Nicki knew immediately she had found her dream dress! 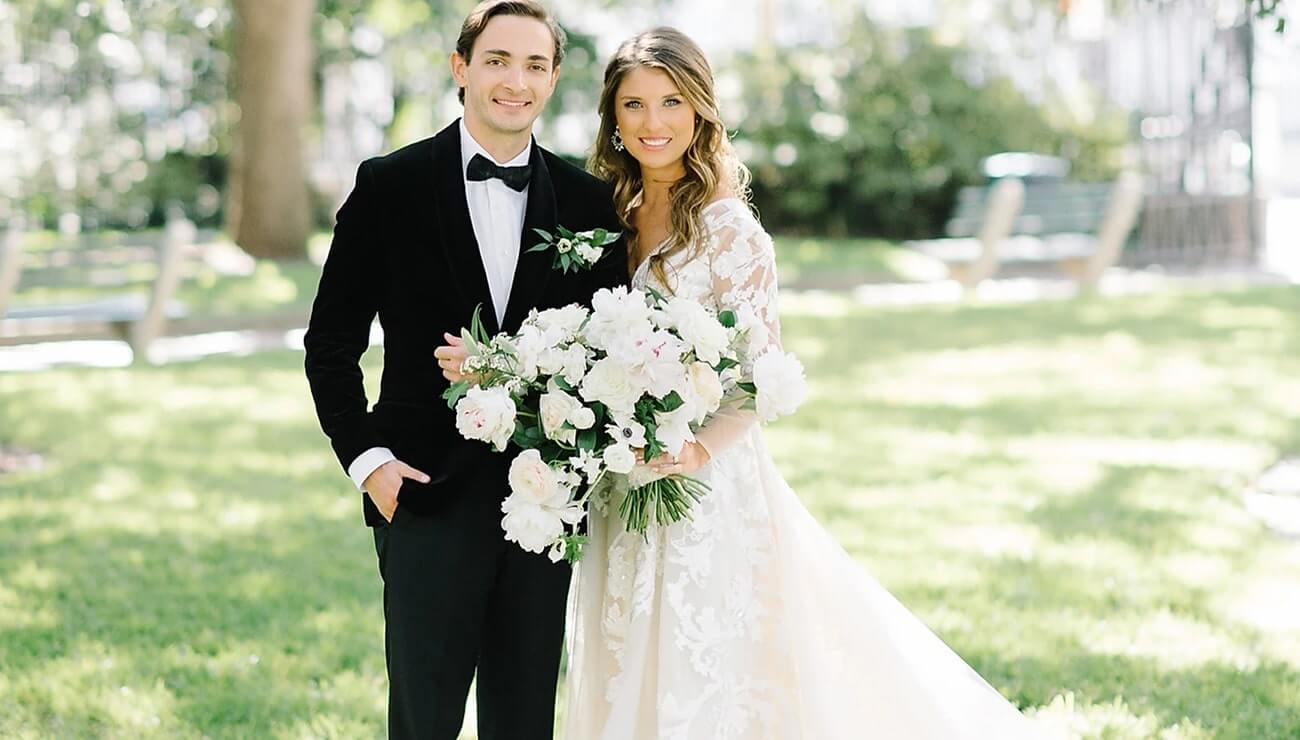