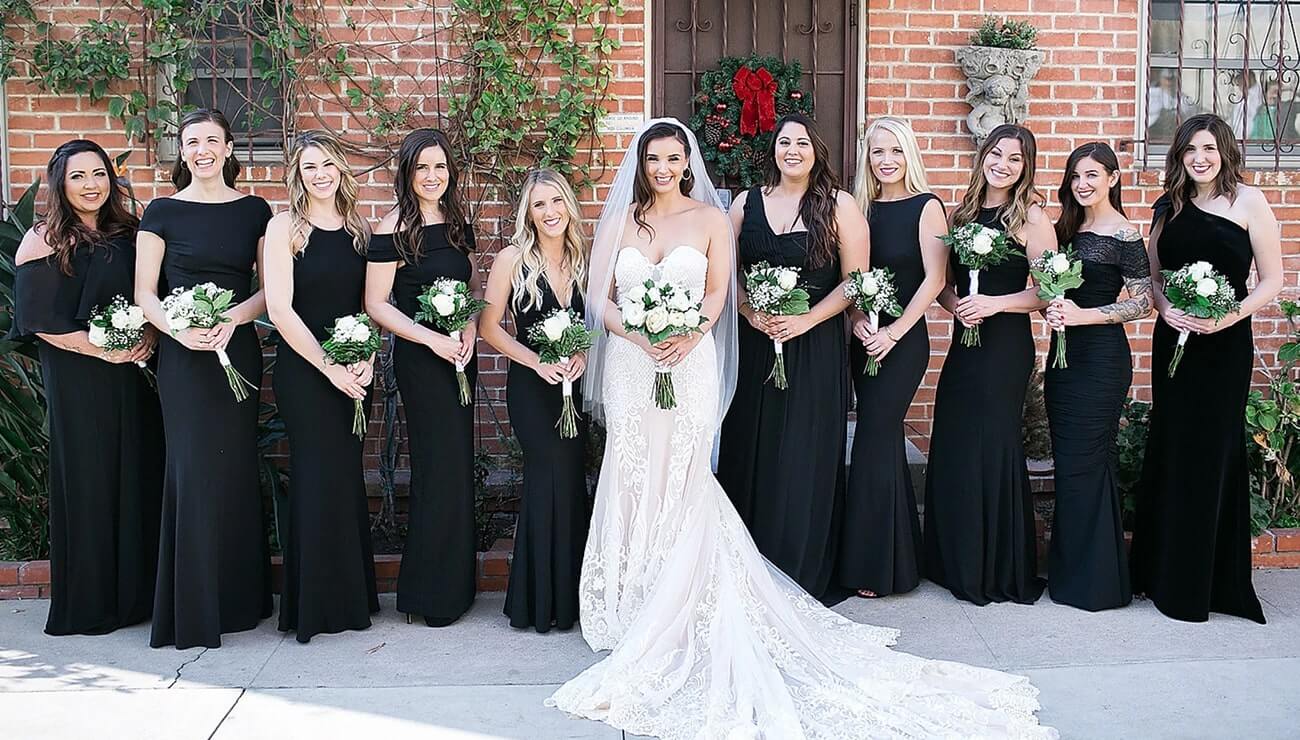 Paige’s love story with Peter started in a bar located in downtown San Diego. She believes that the universe and stars had aligned just right as Peter was in San Diego for only a short visit and had decided to drop by the bar for a drink. 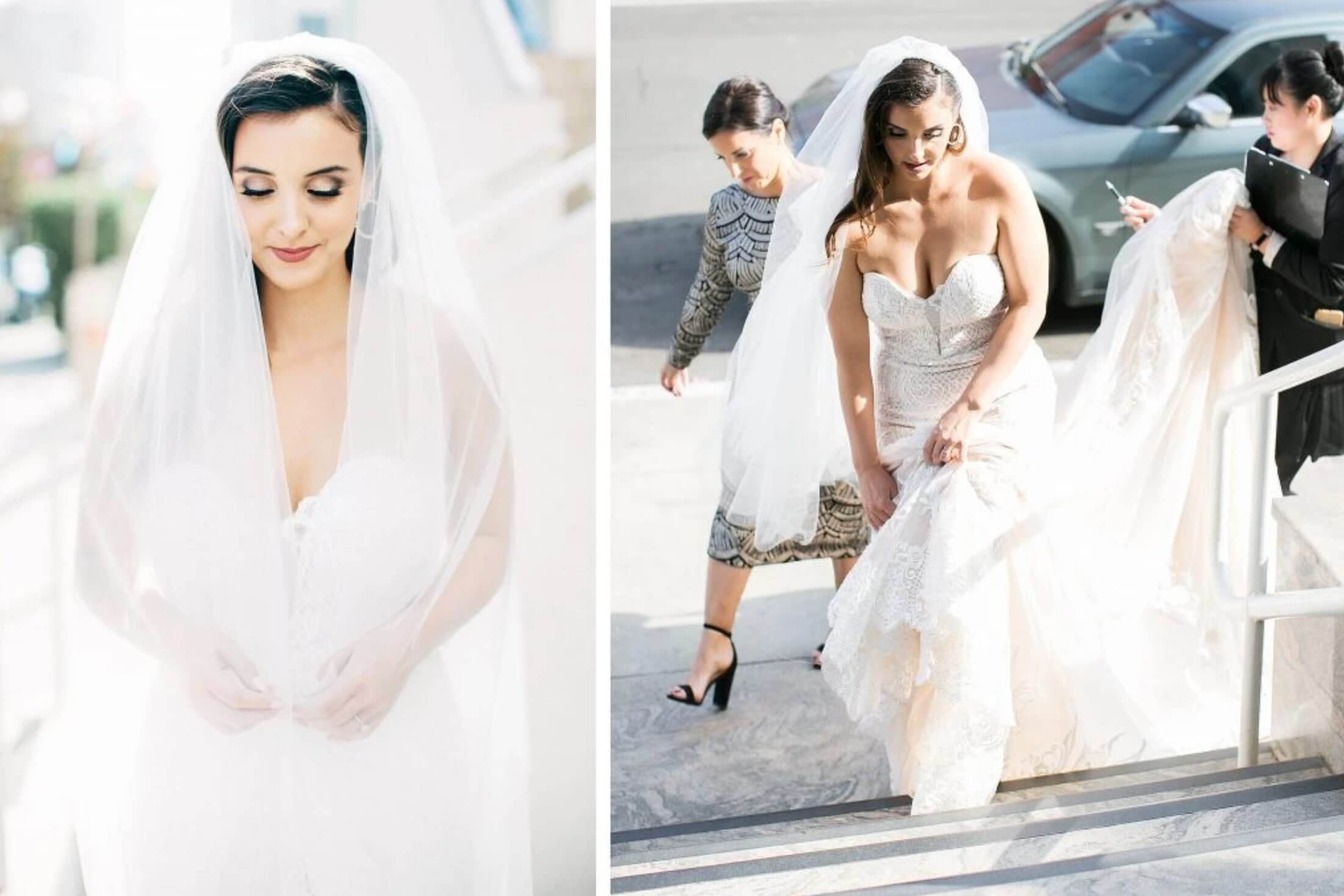 Peter popped the all-important question when they were in his hometown of Virginia. Paige still remembers the moment as if it was yesterday. She was casually walking down the stairs and when she looked up, she saw Peter down on one knee and instantly said a gleeful, “YES!” 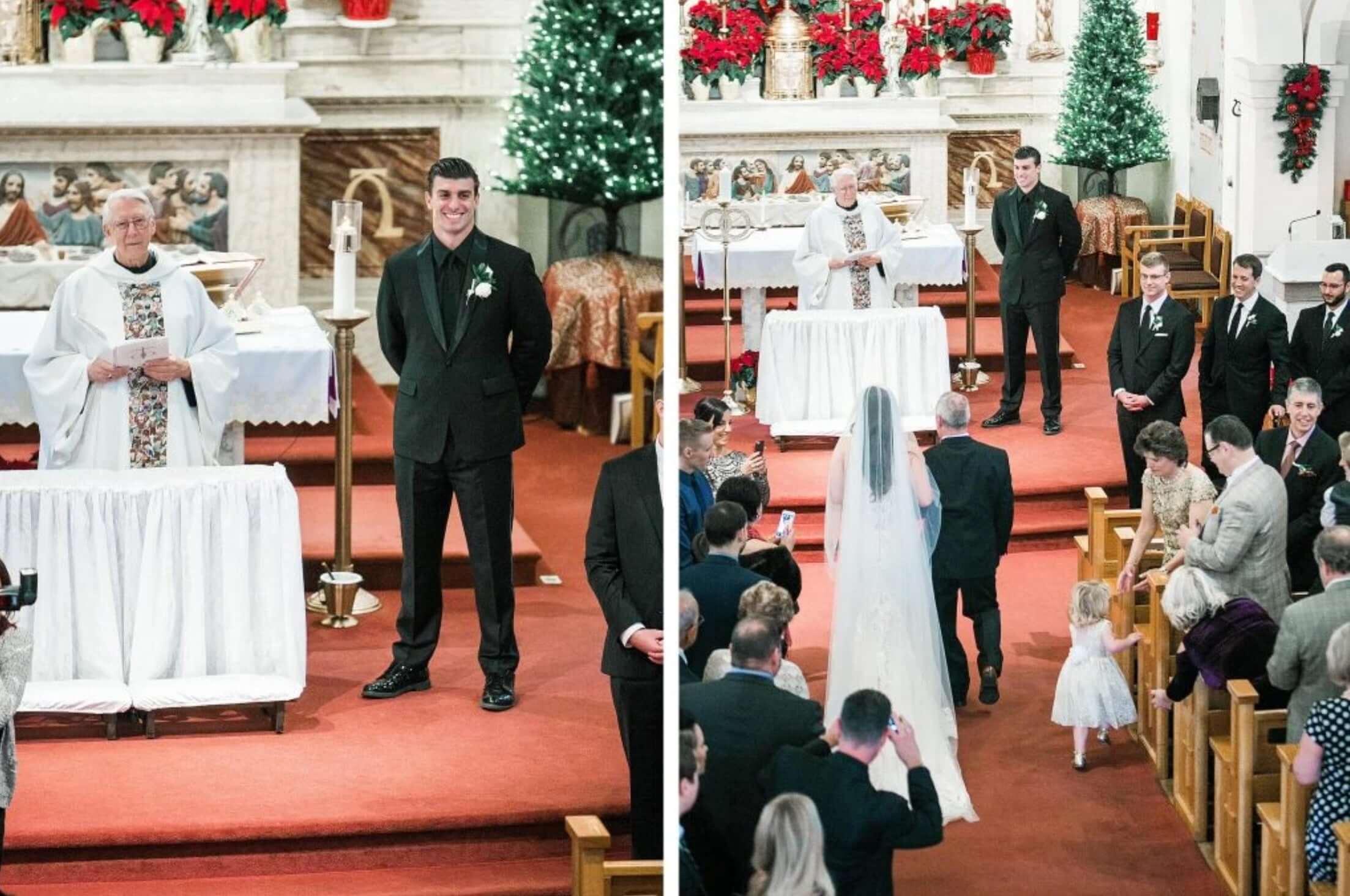 The proposal happened right around the holidays and their celebrations began in Virginia and took them all the way to DC. (That’s one party we wish were a part of!)

They decided to get married on December 16 th , 2017 at a majestic Catholic Church located in Little Italy and the reception was held at the San Diego Central Library in downtown San Diego. A perfect circle seeing as they had met for the first time at a bar not too far away. 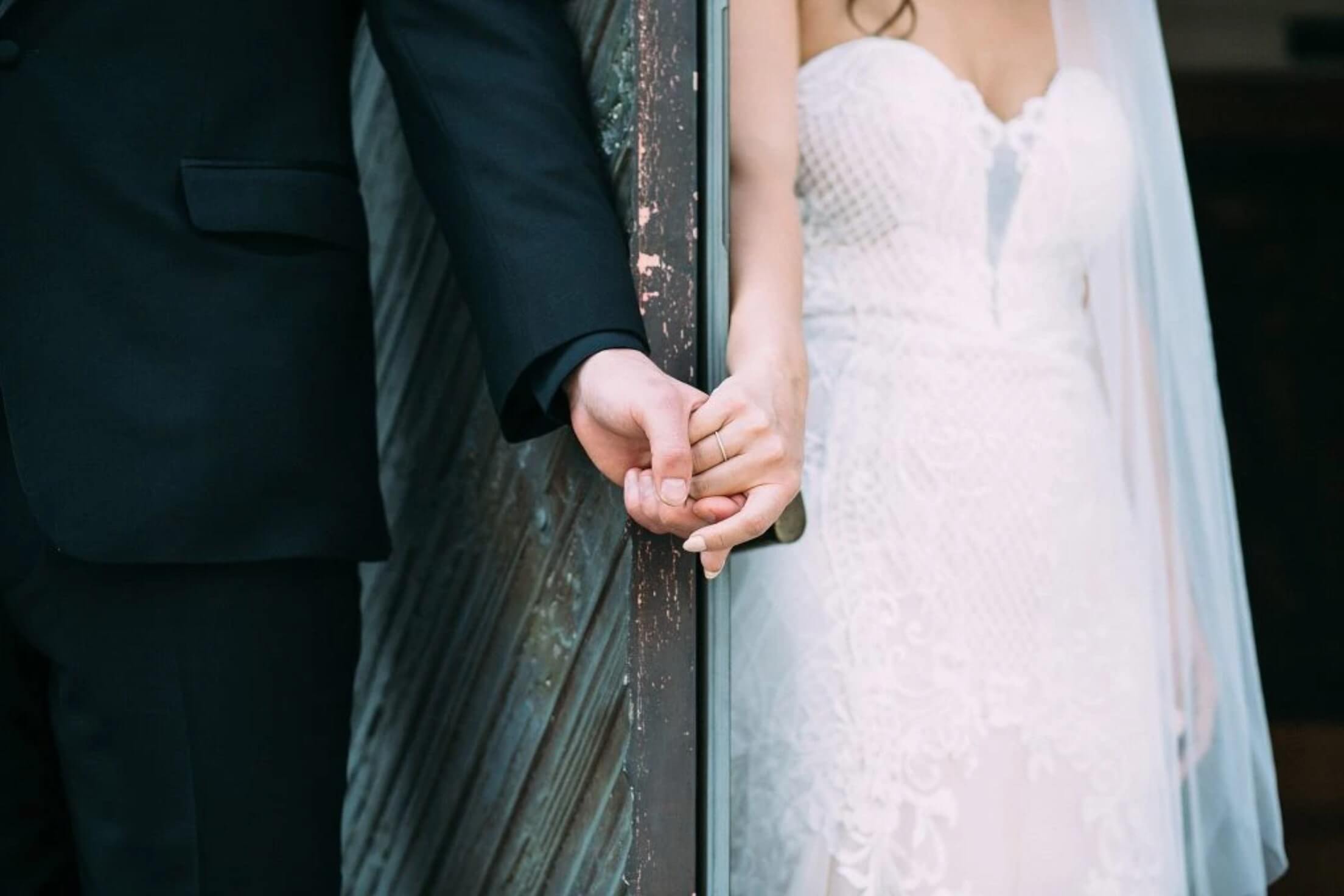 Paige’s favorite memory of her wedding day was seeing her groom and the pure expression of love on his face as she walked down the aisle in her Calla Blanche dress. Her forever was about to begin and she couldn’t have been more excited!

Paige purchased her beautiful dress from Mia Bella in Del Mar, California. She says that she fell in love with her dress the moment she laid eyes on it. It was romantic yet classic, but most importantly, it reminded her of her Cuban grandmother who had recently passed away. Paige hopes she continues to look down from heaven upon her and Peter as they embark on the next amazing chapter in their lives 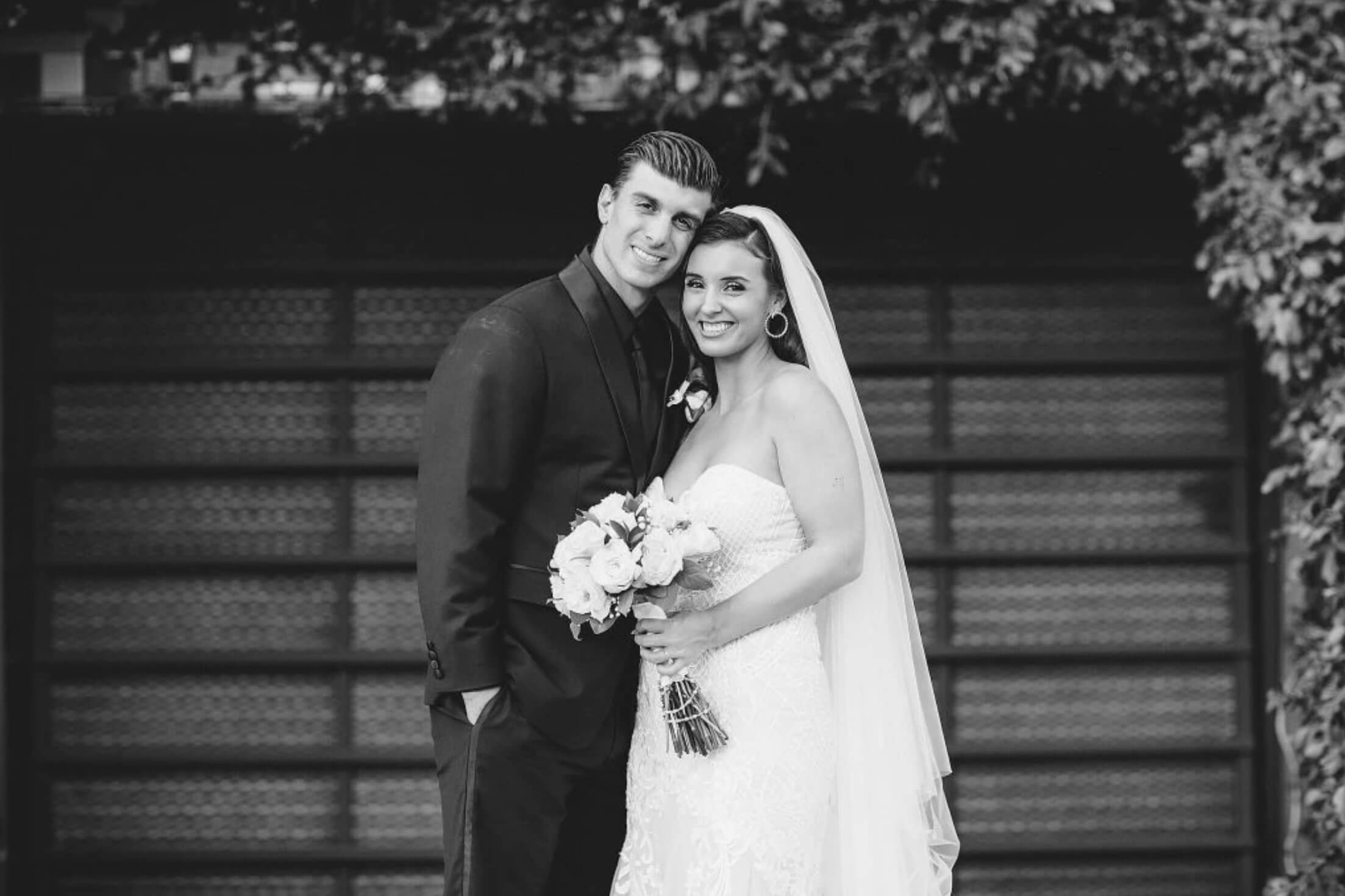 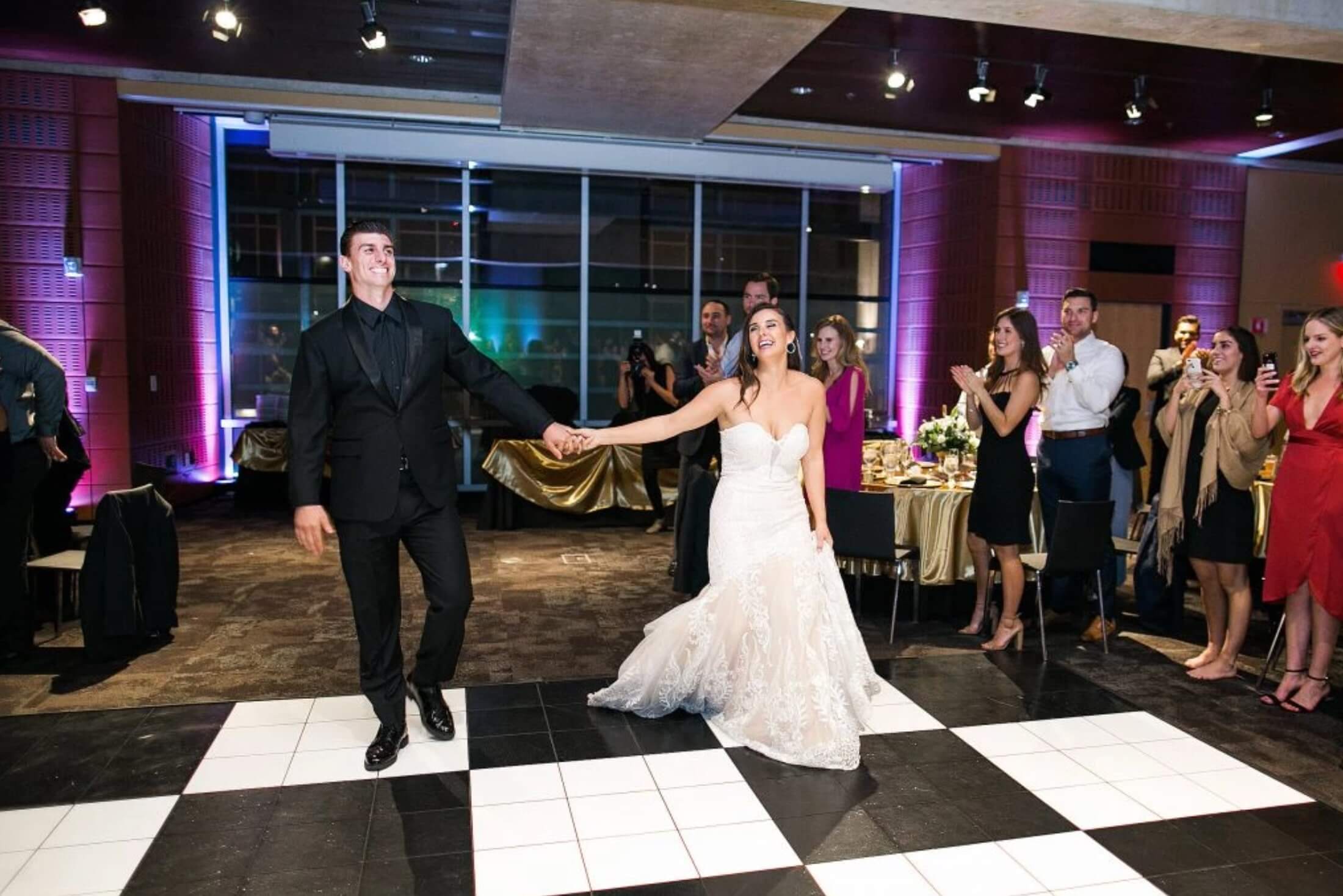 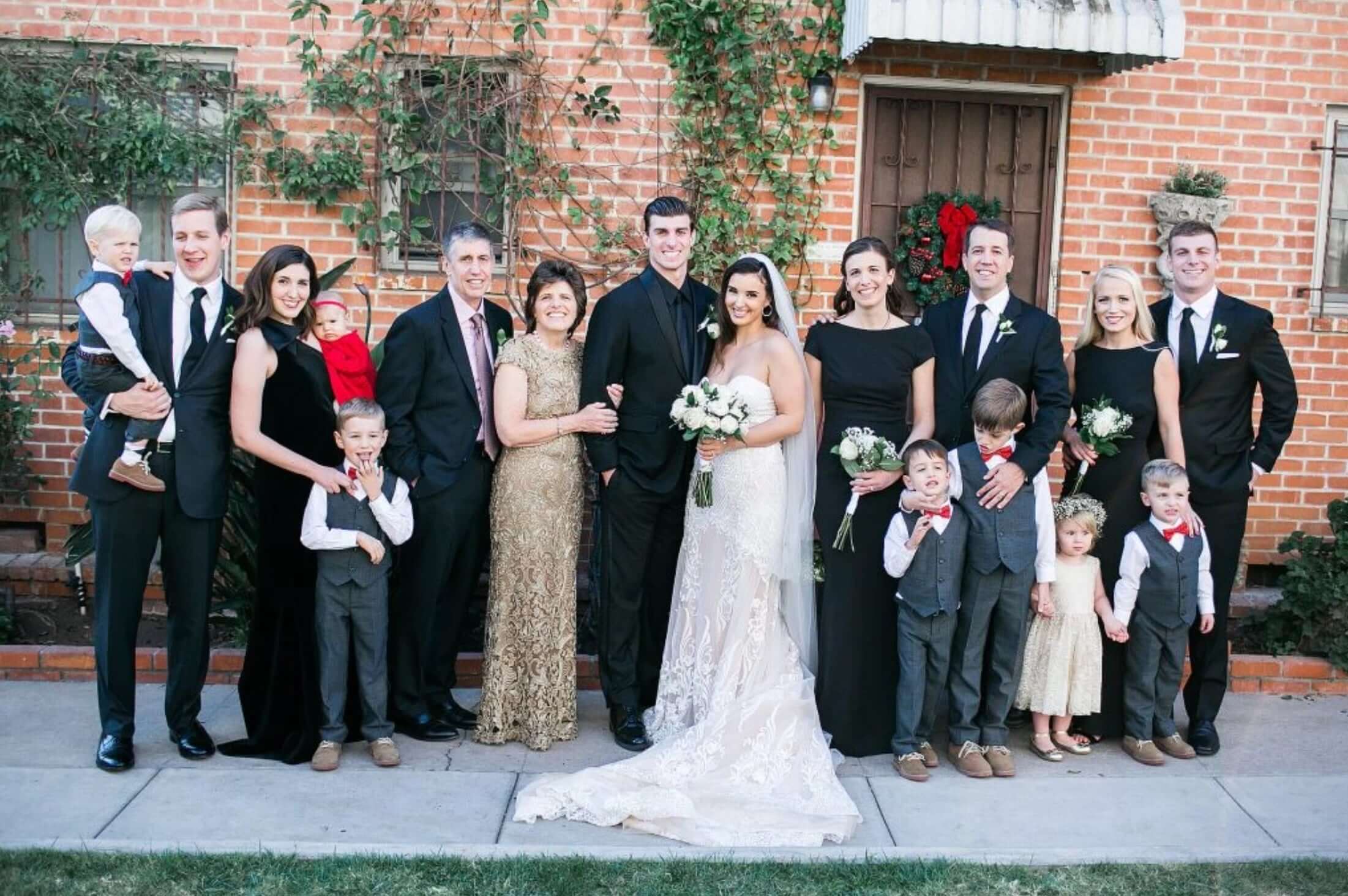