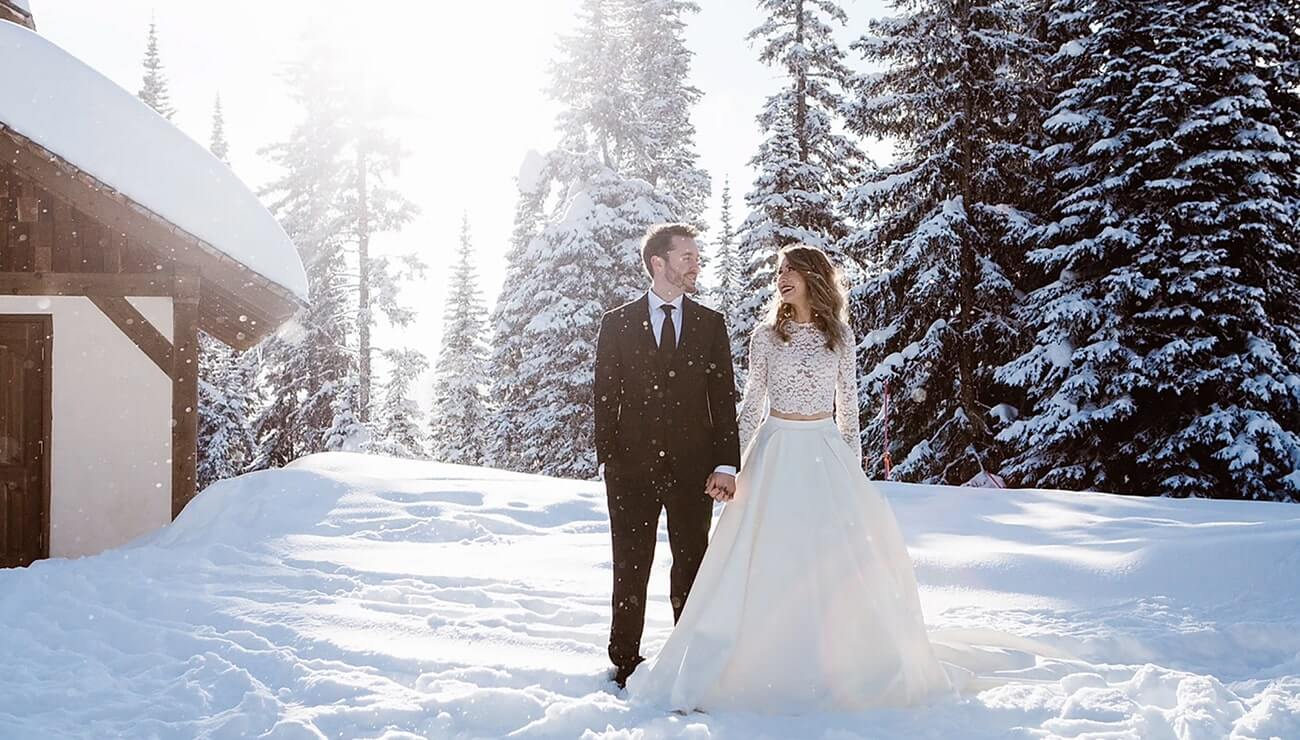 A love story featuring OUR Brides in OUR Wedding Dresses!

Nicky was introduced to her significant other through mutual friends and they hit it off like a house on fire and became great friends before they finally decided to walk down the aisle. 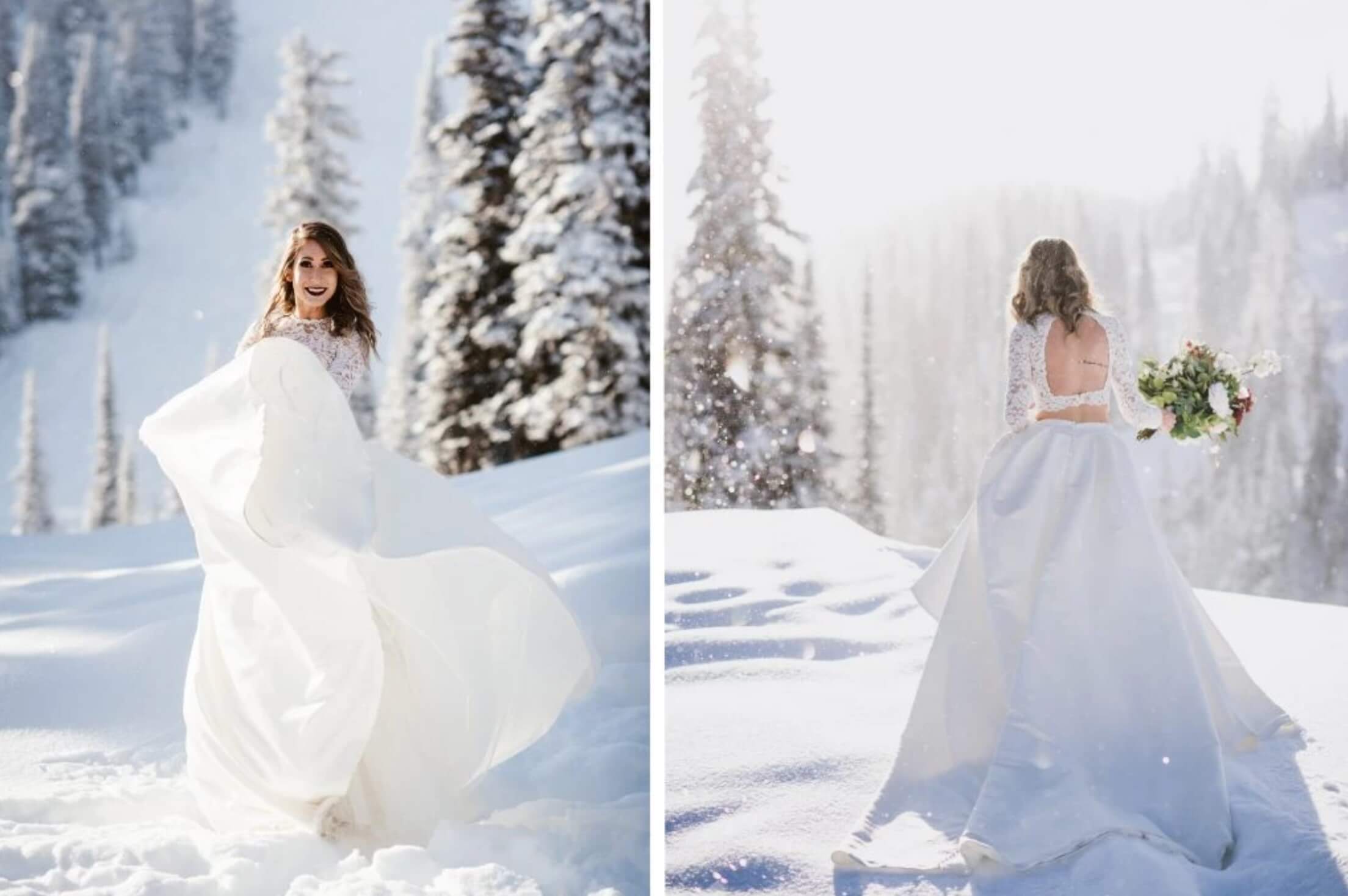 They dated for 7 years before deciding to make it official. The reason Nicky loves her husband is because they are both practical people and decided to get married only when they wanted to. They also have a beautiful daughter and it was extra special moment when they decided to break the news to her.

Nicky’s wedding was on February 4 th , 2017, and it took place at Sun Peaks. It was a small and charming ceremony at the mid-mountain chapel with their families present. Nicky recalls that it had snowed the night before, so everything had a fresh dusting of snow and looked right out of a fairytale. While they were taking pictures, the clouds lifted, and they ended up with some breathtaking moments from the special day. (We agree!)

Nicky’s favorite memory of her wedding was gorging on the delicious chocolate cake and dropping some icing on her dress. She says she hasn’t cleaned it till today because every time she looks at the dress, she remembers how GOOD the cake was. 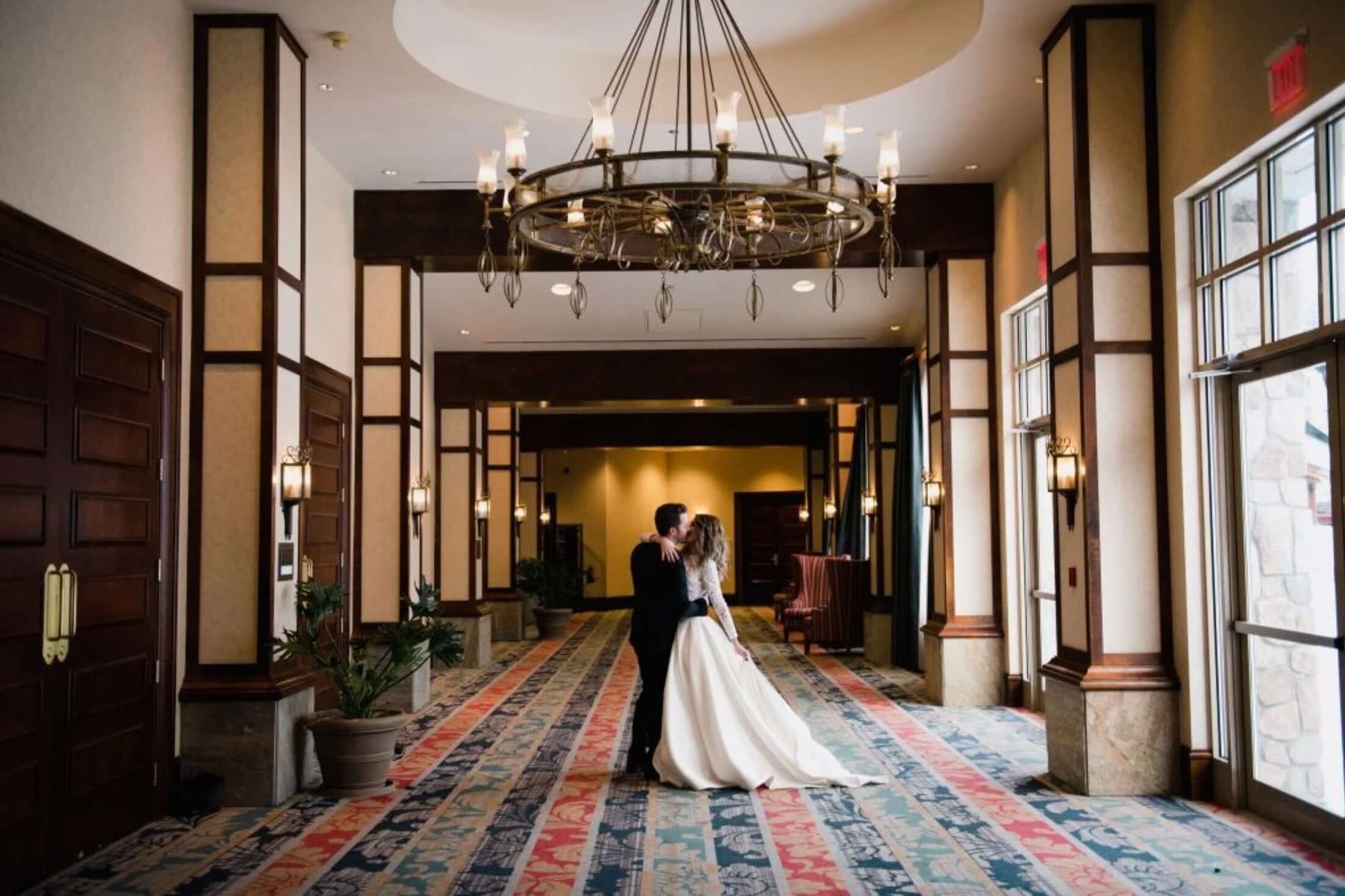 Nicky remembers being extremely frustrated while hunting for her dress because she had something very specific in mind and nothing seemed to be matching up. Nicky’s mother was equally frustrated and dragged her out to Viva Bridal Boutique to see if there was anything she liked. Nicky walked into the store and did a double take when she saw the Calla Blanche hanging there because she wasn’t sure if it was a two piece or not. She thought the dress was perfect and she recalls that she almost died with joy when she saw that it was in fact a two piece! The moment she tried it – she was in love. It had everything she wanted. The perfect lace crop top, the huge train on the high waisted skirt. It was mind-blowing. Another wonderful thing about the Calla Blanche was that it allowed Nicky to put long john’s underneath big fluffy socks and boots so she could stay warm. Oh, and she also loves the fact that it had pockets! Because they made it convenient for her to carry her lipstick, gloves and phone with ease.