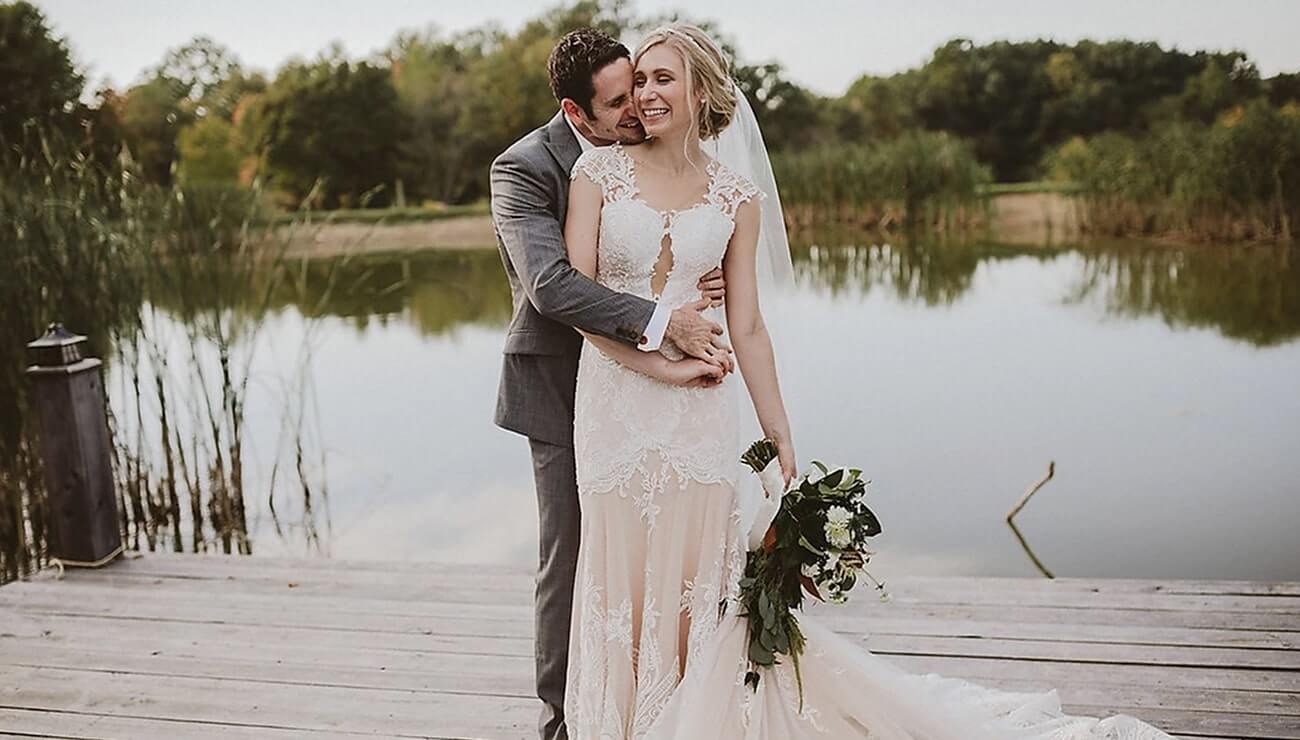 A love story featuring OUR Bride in OUR Dresses

When Mackenzie’s good friend Jake asked her if she would be ok with being set up on a blind date with Jeremy, Mackenzie had just one thought on her mind, “Why not? I have nothing to lose!”

Jake handed over Mackenzie’s number to Jeremy who texted her to ask her out for a coffee. They met at a Starbucks the same night when Mackenzie got off a 12-hour shift at the hospital. Though, all her tiredness faded away as they talked and laughed for hours. At the end of a wonderful evening, Jeremy eagerly asked her if she would want to meet him again that week. And of course, Mackenzie said yes. The rest is history!

How Jeremy popped the big question to Mackenzie is surely one of the cutest stories we’ve heard. Here’s what happened: Jeremy had decided to propose the weekend after Valentine’s Day on February 17 th . He took Mackenzie for a fancy dinner date to celebrate their first Valentine’s Day together.

Mackenzie remembers how excited she was because she couldn’t wait to wear her new dress. Now, which girl doesn’t love to get glammed up? Jeremy picked her up and they had an delicious dinner with a stunning view overlooking the glittery lights of Pittsburgh, PA. Mackenzie thought the evening had ended but it was an unusually mild February day so Jeremy suggested a walk to a city overlook on Mt. Washington. 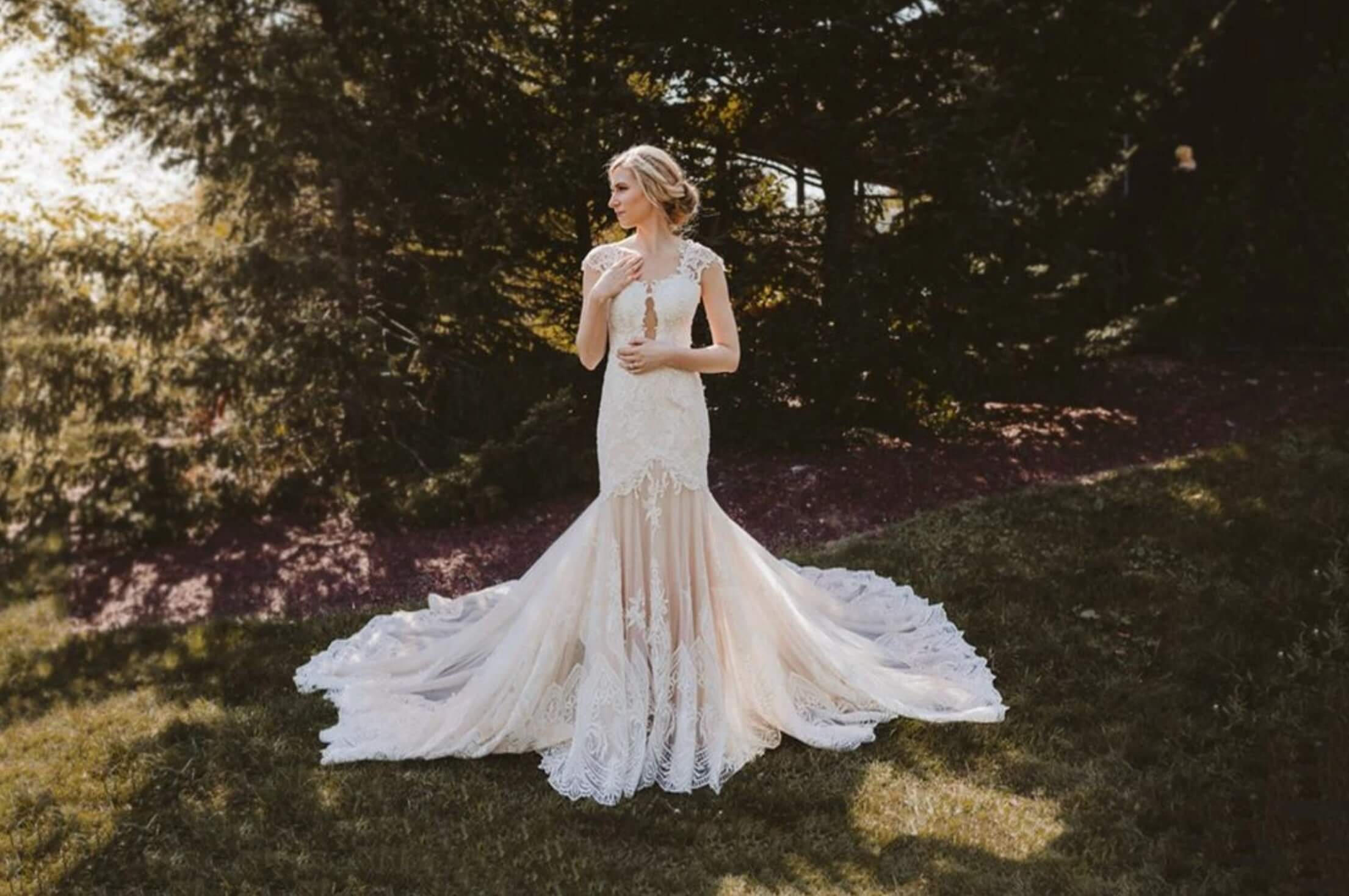 They walked onto the overlook and gazed at the city for a few minutes. That’s when Jeremy said, “Let’s have someone take our picture since we are all dressed up.” Jeremy handed his camera over to a lady and she took their picture. Then, she kept taking pictures as Jeremy turned Mackenzie towards him, said some heart melting words, and got down on one knee. He proposed, and Mackenzie was so shocked she took a moment to compose herself and then said YES! The woman taking their pictures turned out to be someone Jeremy knew, and he had asked her to hide out and capture the precious moment.

Then Jeremy suggested that they go back to Mackenzie’s parent’s house to share the happy news. When they got there, they knocked on the door and were met by Mackenzie’s mom who was elated and said, “Let’s tell you dad!” When Mackenzie’s mom brought them into the kitchen, all their close friends and Jeremy’s parents jumped out and yelled SURPRISE! Everyone was in on the plan and they had secretly organized an engagement party for them. It was the best surprise of Mackenzie’s life. 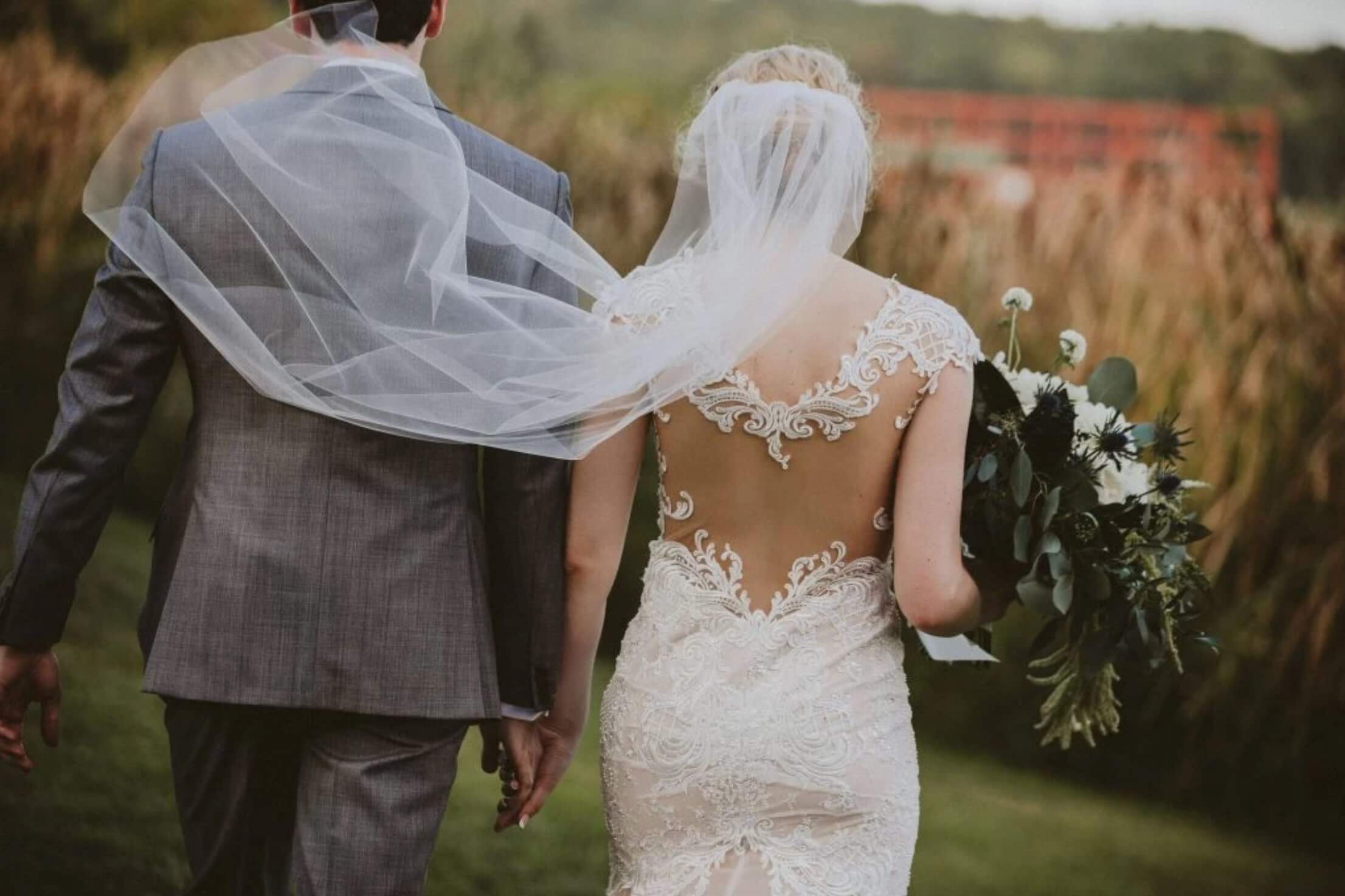 Jeremy and Mackenzie’s wedding on September 24 th , 2017 took place at Rustic Acres Farm in Volant, PA under a grand old willow tree. Their reception was in their gorgeous barn. A breathtaking setting!

Mackenzie’s favorite memory of their wedding was during their reception, the Taylor Swift song Look What You Made Me Do came on and they all started an epic Guy vs Girl dance battle. It turned into this amazing, hysterical nod to the music video, and Mackenzie is sure that it will rank as a top 10 moment of her life forever!

Mackenzie bought her gorgeous wedding dress from Bridal Beginning in Pittsburgh. She says that they were lovely to work with, and helped Mackenzie find the perfect dress that fit her personal style.

What made Mackenzie fall in love with her Calla Blanche Dress for her special day was that it was the second dress she tried on and it instantly gave her that happy, warm and fuzzy feeling. Not to mention the wow factor. But Mackenzie didn’t want to admit that it was ‘the one’ after trying just two dresses on. So, she tried on a bunch of other dresses, but nothing came close to how the Calla Blanche gown made her feel! She says it was elegant, classic, vintage, with just a touch of sexy. Mackenzie fell head over heels in love with the train and back detail. The sample size fit Mackenzie perfectly so she knew it was just made for her. On Mackenzie’s wedding day, everyone loved the dress and compliments came thick and fast. The guests said they had never seen a dress like it and it made Mackenzie fall in love with the dress all over again.