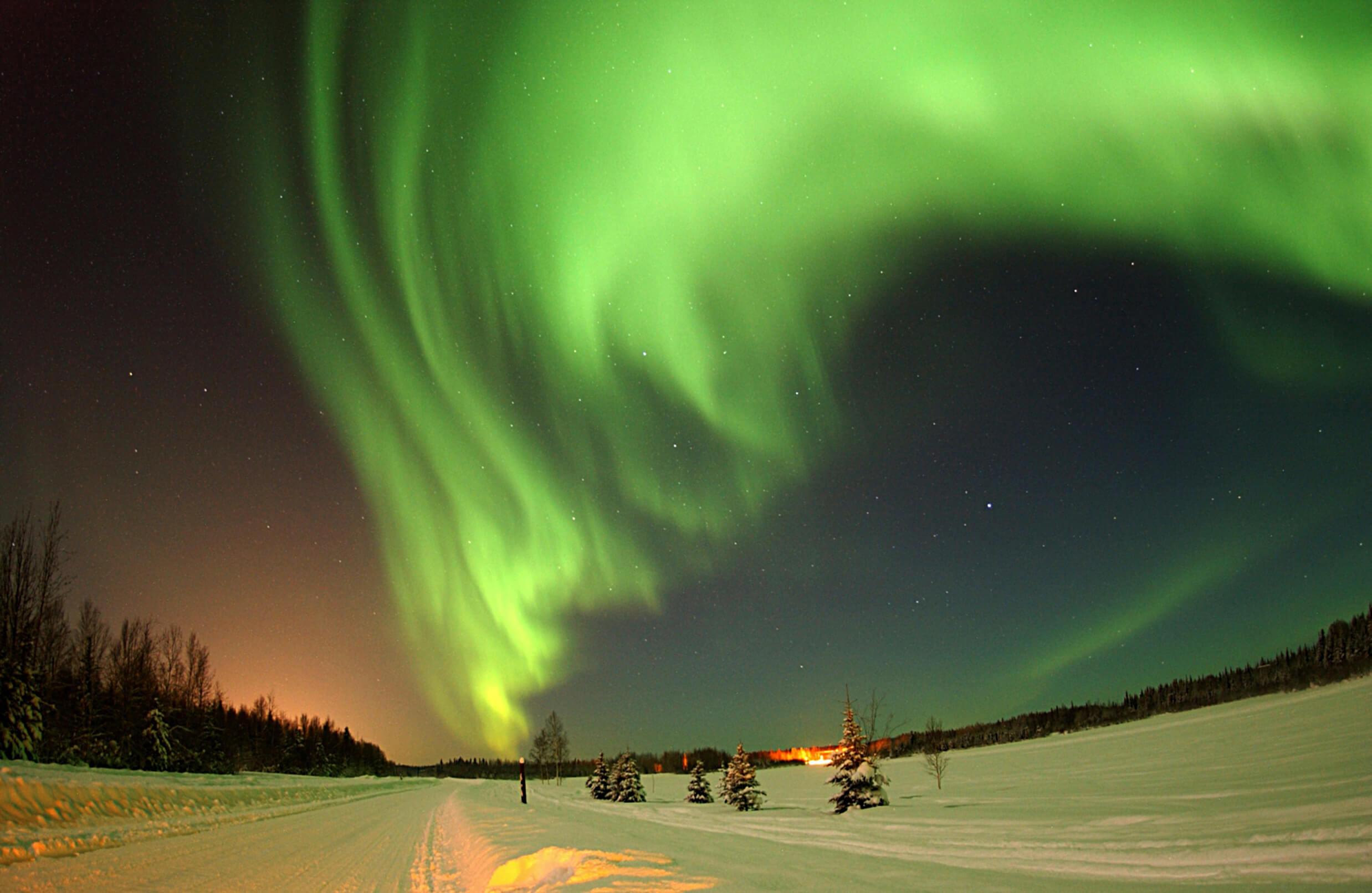 The Brides Survival Guide: Best Honeymoon Destinations For Each Month Of The Year

While it is true that you will get great joy when picking your best wedding dress, choosing a honeymoon destination equally brings much joy to the couple. But when checking out which destination, deciding on whereas when to go is also important.

When it is high season at your dream destination, it might too busy, while during the low season, you might experience the torrential weather; it ends up being tricky. You might have envisioned going for your honeymoon when there was a unique festival so that you also attend it.

Factoring in the rates, crowds, local events, and weather, the following might be the right honeymoon destination for each month of the year. 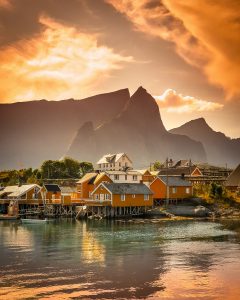 While Norway’s deep fjords and stunning glaciers are always on display throughout the year, January is the month that has optimal conditions where you can view the world famous Northern Lights phenomenon.  You will experience the colorful lights celestial show as they dance across the sky at night, giving you honeymoon moments, which will be unforgettable. Though you can view it from anywhere in the country, when you are above the Arctic Circle in the north, you will be guaranteed sighting.

Tromso city might be an ideal site to view it from. It is known to be the getaway to the Arctic. Be ready to endure the cold weather. You will have an option for outdoor activities such as cross country skiing, snowshoeing, and reindeer sledding together with authentic accommodation and cozy pubs,making the small city worthwhile.

Dancing, singing, and parading makes Brazil for a one of a kind extravagance celebration that precedes lent in Carnival in Rio. Brazil, being one of Latin America’s largest country, is not to be all year round honeymoon destination for delicious cuisine, samba dancing, welcoming and vibrant culture, natural attractions,  all which happen and on a top-notch, especially during the Carnival.

Get steamy, loosen up, dance in the street, and celebrate in the Carnival, which is the world’s largest, that is felt in Rio, from the beaches of Ipanema to Sambadrome stadium to Copacabana and far beyond – you will have a great six days of celebratory bliss.

In the Himalayan Mountain’s foothills, Rishikesh, a city located in the northern India, is known for its spirituality. It is also considered to be very sacred across the entire country of India and in today’s world,  believed to be the world’s capital for yoga.

Set your honeymoon in this city in March so that you enjoy the dry, warm weather before early May’s unbearable summer heat. Everything from meditation practices to laughter therapy and even lessons for sitar are available across this particular city.

It would help if you did not miss out on the Holi, which is Hindu’s spring celebrations, which is done annually. It is a festival of colors which sees water and colorful powders being thrown by people to each other. At the same time, the sound of loud music is played in an atmosphere of an urge to celebrate good triumphing over evil.

April: Visit Amsterdam in the Netherlands

Spring is the right season when in the Netherlands ’ capital city, Amsterdam, there are canal-side explorations using bicycles. Along with considerably reduced crowds and comfortable cold-weather as compared to the upcoming summer months, going for a honeymoon in April in Amsterdam gives extra benefits of having to witness the blossoming of tulips in a great way, making the city turn into a colorful canvas. Keukenhof, which is just 30 minutes from the central business district, has over 800 variety displays and about 7 million bulbs, turning the sight of splendor of the spring. 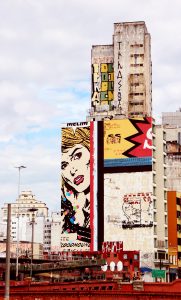 ABC Island in the southern Caribbean – Aruba, Bonaire, and Curacao are destinations for honeymoon throughout the year where the sun shines and the weather always sweet. It is located outside the hurricane belt of the Caribbean, making the trio of travelers treasured in the islands of Dutch to be a perfect getaway for beach centric. You will be able to enjoy deep sea diving,  golden shores, friendly locals, and inspired cuisine.

The high seasons in the ABC Island extends from December all through to April. It is at such a time that visitors are all over the place to escape from the bad winters. That is why you need to time your honeymoon for May during which, there are several discounts in airfare and hotels while enjoying the advantage of the warm breezy climate of the ABC island.

June: The Cyclades Islands in Greece

The Greek island of Cyclades is full of allure and beauty. But while everyone talks about the beaches of the Mediterranean that are so magnificent, Instagrammable accommodation, and fresh cuisine, only a few will mention the many crowds that visit the Cyclades islands during summer. When visiting mid June, you will be able to enjoy the best of this island, from the beaches to the Cretan countryside, and a variety of parties on Mykonos as well as Santorini surreal views. All these you are going to enjoy without the crowds of tourists.

In July, you can enjoy your honeymoon in American independence in Alaska.  The state will offer you warm weather and daylight that is extended up to about 18 hours so that you can enjoy the exploration of the many great forests, mountains, rivers in Alaska as well as the Denali National Park, which is Alaska’s most significant natural attraction.

Whether you decide to go on a cruise and be lucky to see whales, use a train journey to traverse the state, you explore the more than 6 million acres of the Denali Park which your trip will be able to allow, July is the right month to get acquainted with Alaska.

For other honeymoon destinations that you can visit during the other months of the year, check the ultimate bride’s survival guide. 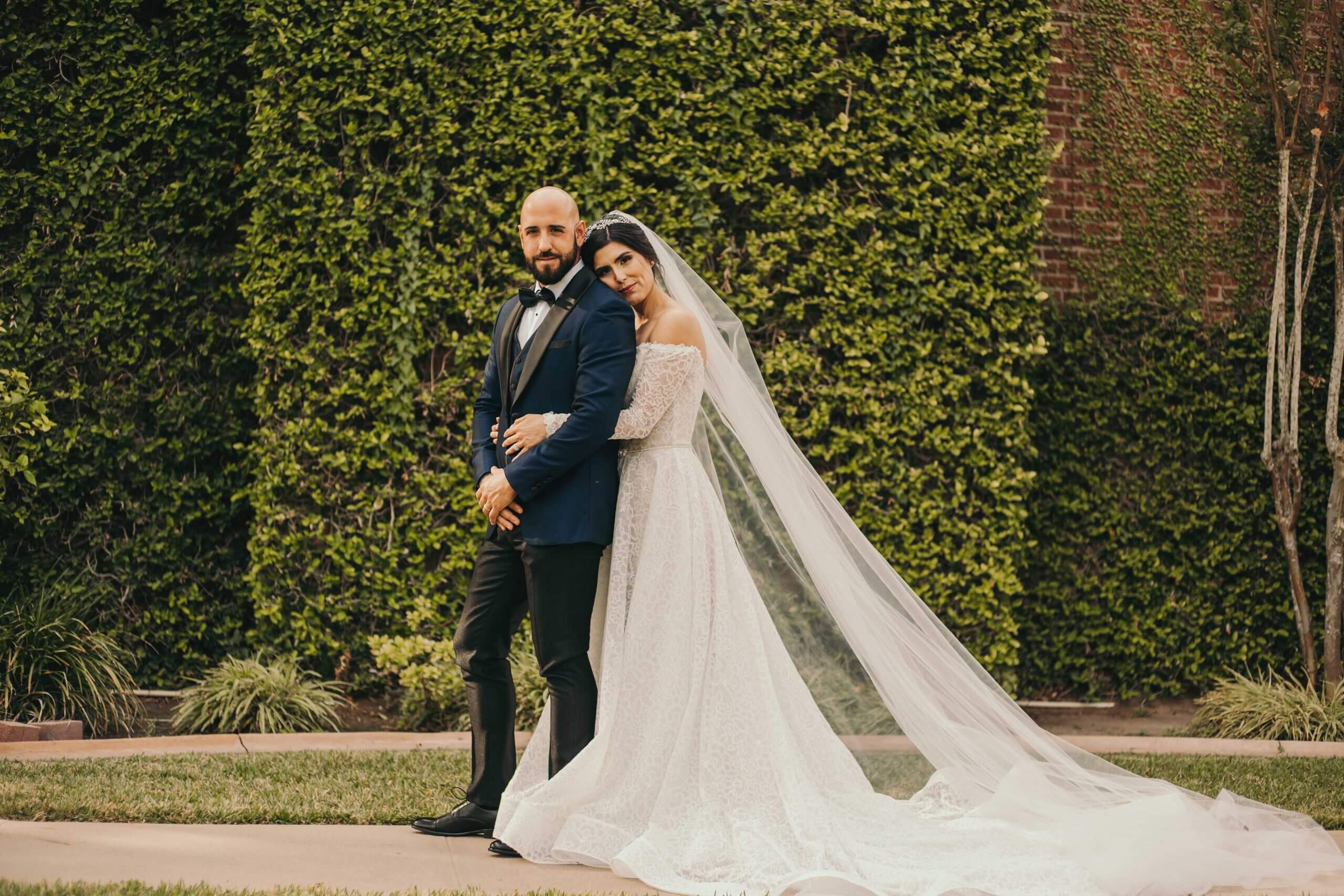 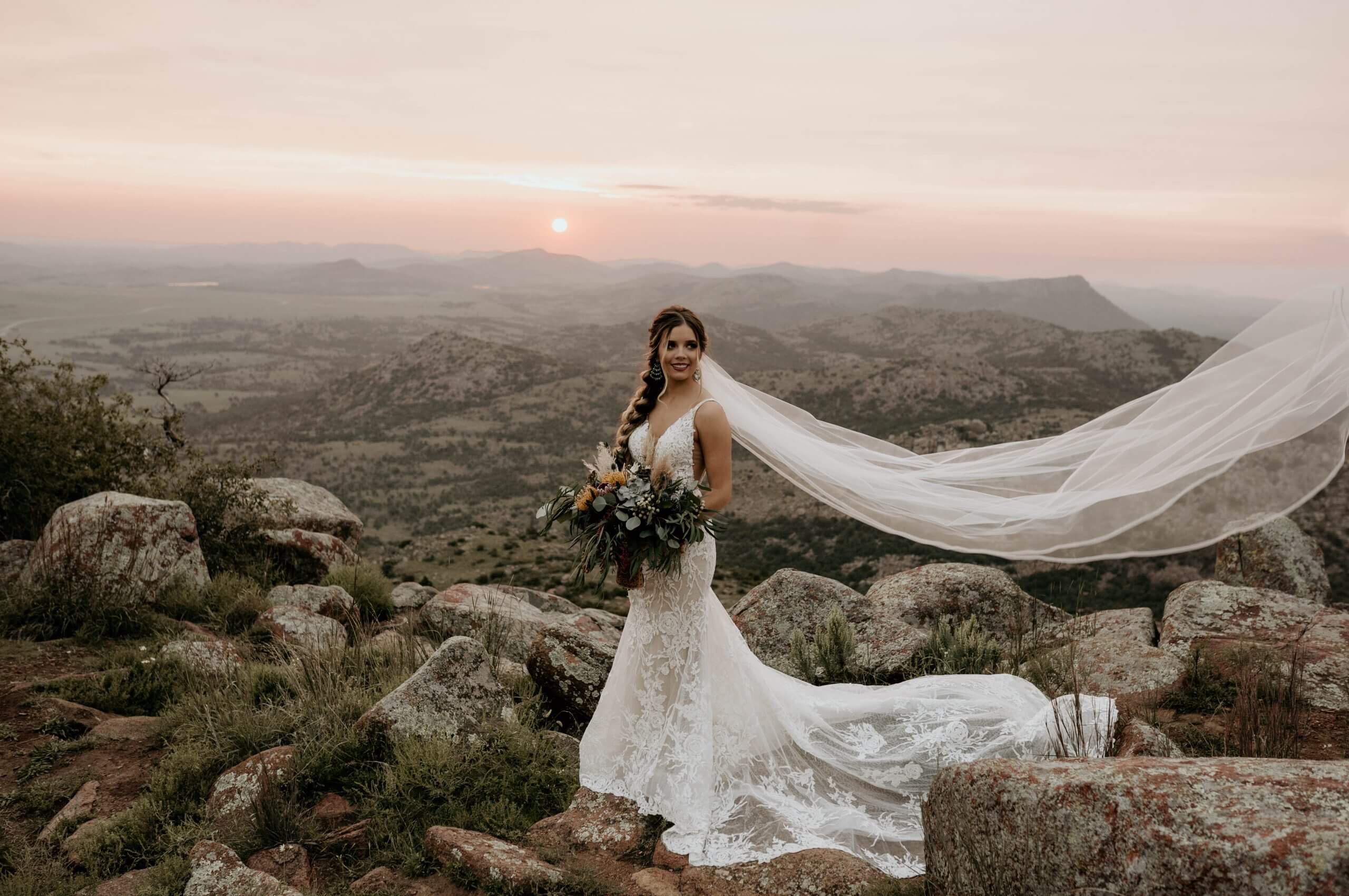 Small Weddings – Why Is it Right for You?

What do you come across the most when it comes to planning a wedding? 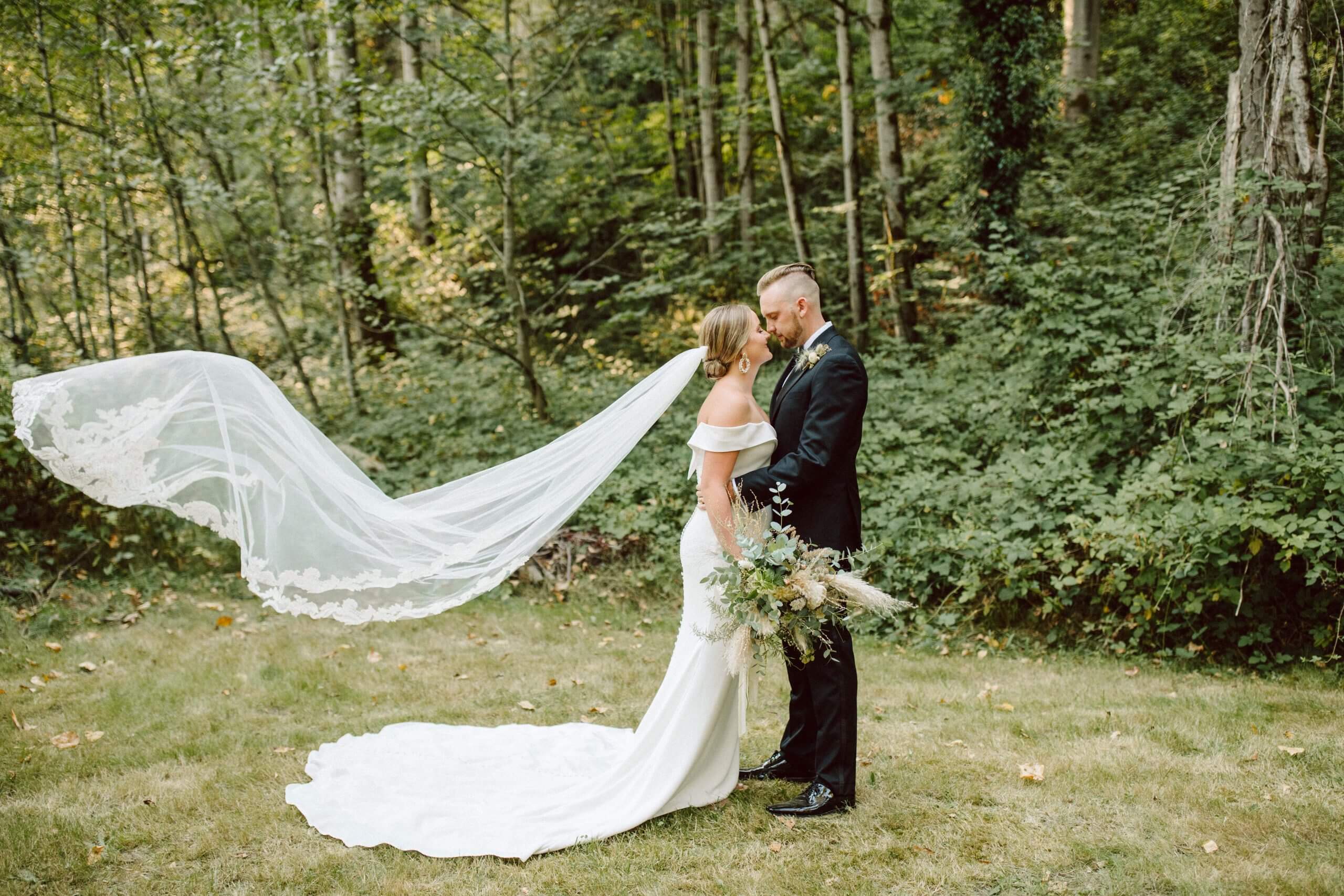 Big Wedding vs. Small: Similarities You’ll Keep and the Differences You Won’t Miss

Planning a small wedding is an exciting experience, but it’s understandable if you have