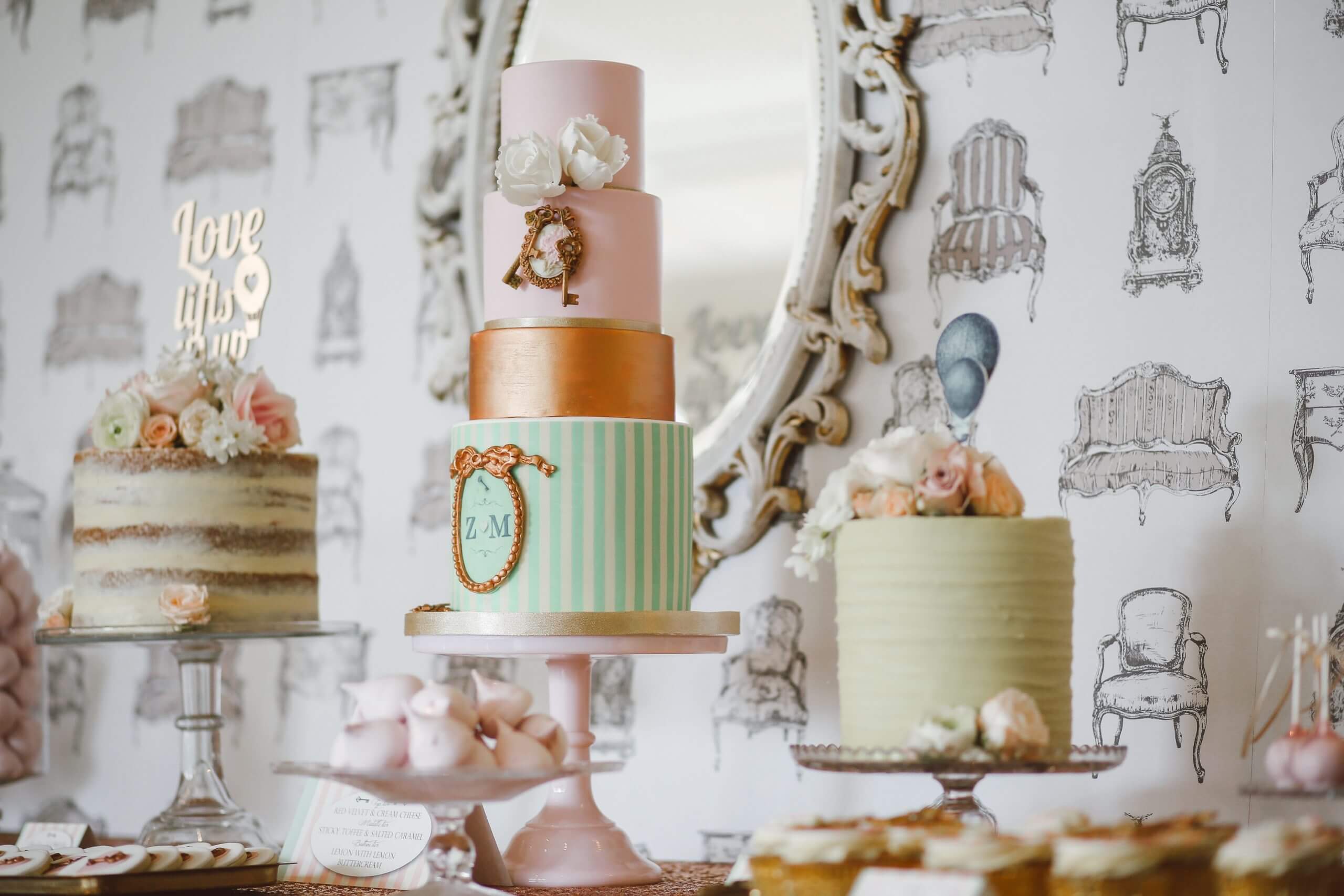 Traditionally, the wedding cake is cut and served after dinner, before the dancing starts. The cutting of the cake has been a long tradition and in some ethnic backgrounds, the top tier of the cake is saved for the christening of the first born. Another tradition dates to ancient Rome, where weddings ended with the groom breaking bread over the bride’s head, this symbolized fertility and good luck. Guests would gather around the bride and pick- up the crumbs for them also to have some luck, of course, the bread was replaced by cake. 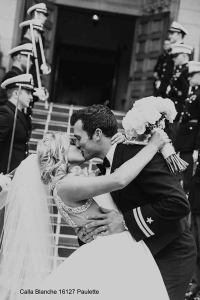 The marriage of Queen Victoria to Prince Albert in 1840 is responsible for the more modern cake, her cake weighed about 300lbs, 9ft high, with its many tiers and white icing, decorated with beautiful flowers. The white icing is a symbol of purity and is still used on popular cakes today, it is called Royal icing. In Victorian days sugar was very expensive, so only the more affluent brides had their cakes made with the white icing. Another Victorian tradition was baking charms into the cake which was thought to be very lucky for the person who received the piece that included the charm inside. Usually, a coin, button, thimble, or a small silver rose are examples of what they used. Today, brides put the charms inside the cake attached to a ribbon on the outside and are called cake pulls, this makes it easier to pull from the cake. There are many different charms to choose from, like hearts which means you will find love, rose for romance and a ring means you will soon marry and so on, it is a lot of fun for your guests and they can take turns each pulling a charm from the cake.

About three hundred years ago wedding cake was made of fermented fruits, nuts, and marzipan which made it a much heavier cake than today’s recipes. Wedding guests would receive a piece of the cake and the single ladies were known to wrap the cake and put it under her pillow, this was believed to make the girl dream of her future husband. I don’t think the much lighter recipe cakes would survive a night under your pillow. 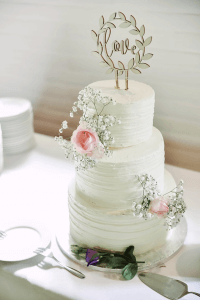 Today’s wedding cakes are made to whatever taste and design that you wish for, although most couples seem to go for a lighter cake texture with lots of decadent fillings with buttercream icings instead of the traditional heavier ones. There is also the bride that chooses cupcakes as an alternative to a one-piece wedding cake, it’s much easier to serve cupcakes to your guests, and not unusual to have a small cake for the bride and groom to cut and feed each other a piece. It’s also nice to incorporate your flowers on the cake, decorate with the same colors as you may have decorated the reception to tie the cake into your theme, or maybe some colors from yours or the bridesmaid’s arrangements.

There is a famous quote from Marie- Antoinette, the queen of France during the French revolution. It is said that the people of France, mainly the pheasants were starving, and had no bread to eat. When the queen was told of this awful situation, it is said her remark was “Let them eat cake”.

I hope you have found this article interesting, for more interesting articles please check out our A-Z terms guide.